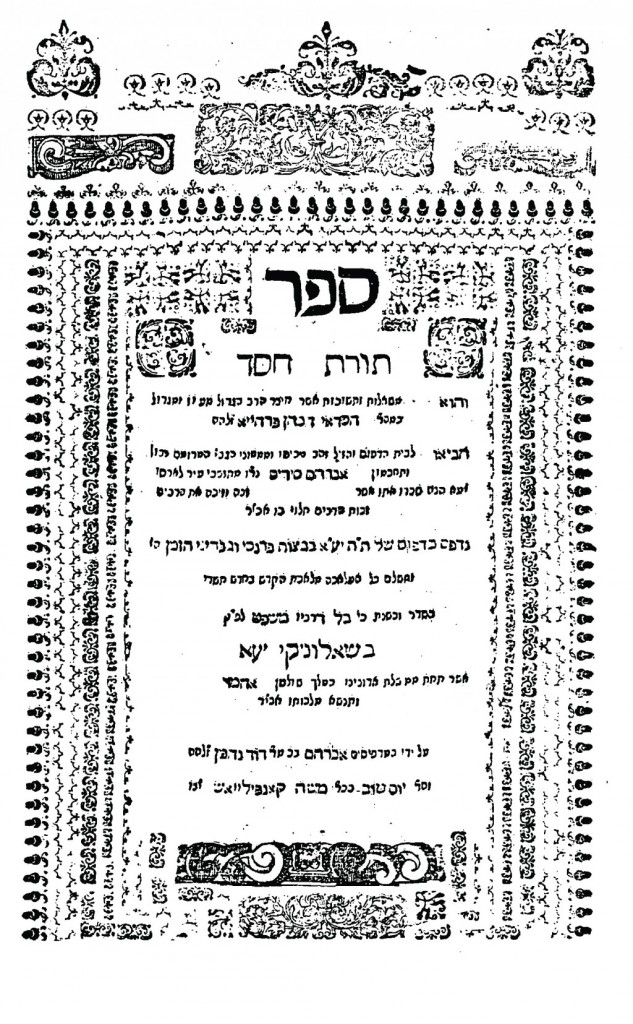 In 2450/1311 B.C.E., the meraglim died in the midbar. They suffered a plague, sickened and were niftar on 7 Elul. A taanis tzaddikim was established for this date, which commemorates the fact that they did not merit acceptance of their teshuvah.

In 3802/42 C.E., Agrippa I dedicated the wall around Yerushalayim. The day is mentioned as a Yom Tov in Megillas Taanis.

5731/1971, Harav Reuven Margulies, zt”l, mechaber of Margalios Hayam and many other sefarim

Harav Chisdai Hakohen Perachyah, the son of Rav Shmuel, was born c. 5365/1605. He was a talmid of Harav Chaim Shabsi, mechaber of She’eilos U’Teshuvos Maharchash.

Harav Chisdai was one of the leading Rabbanim of Salonika. A posek, he wrote chiddushim on Choshen Mishpat and She’eilos U’Teshuvos Toras Chessed (the word chessed is a play on his name, Chisdai), as well as on some masechtos of Shas. Other works of Harav Chisdai were never published.

After the petirah of Harav Menachem Shulam in 5431/1671, Harav Chisdai was appointed Chief Rabbi of Salonika, a position he held until his petirah on 7 Elul 5438/1678.

In 1846, the American flag was raised for the first time, in Los Angeles.

In 1910, Florence Nightingale, the founder of modern nursing, died in London at age 90.

1913, British metallurgist Harry Brearley developed an alloy that came to be known as “stainless steel.” (Although Brearley is often credited as the “inventor” of stainless steel, he was hardly alone in working to create steel that resisted corrosion.)

In 1960, the first two-way telephone conversation by satellite took place with the help of Echo 1.

In 1961, East Germany sealed off the border between Berlin’s eastern and western sectors and began building a wall that would stand for the next 28 years.

In 1981, in a ceremony at his California ranch, President Ronald Reagan signed a historic package of tax and budget reductions.

In 1989, searchers in Ethiopia found the wreckage of a plane that had disappeared almost a week earlier while carrying Rep. Mickey Leland (D-Texas) and 14 other people. There were no survivors.