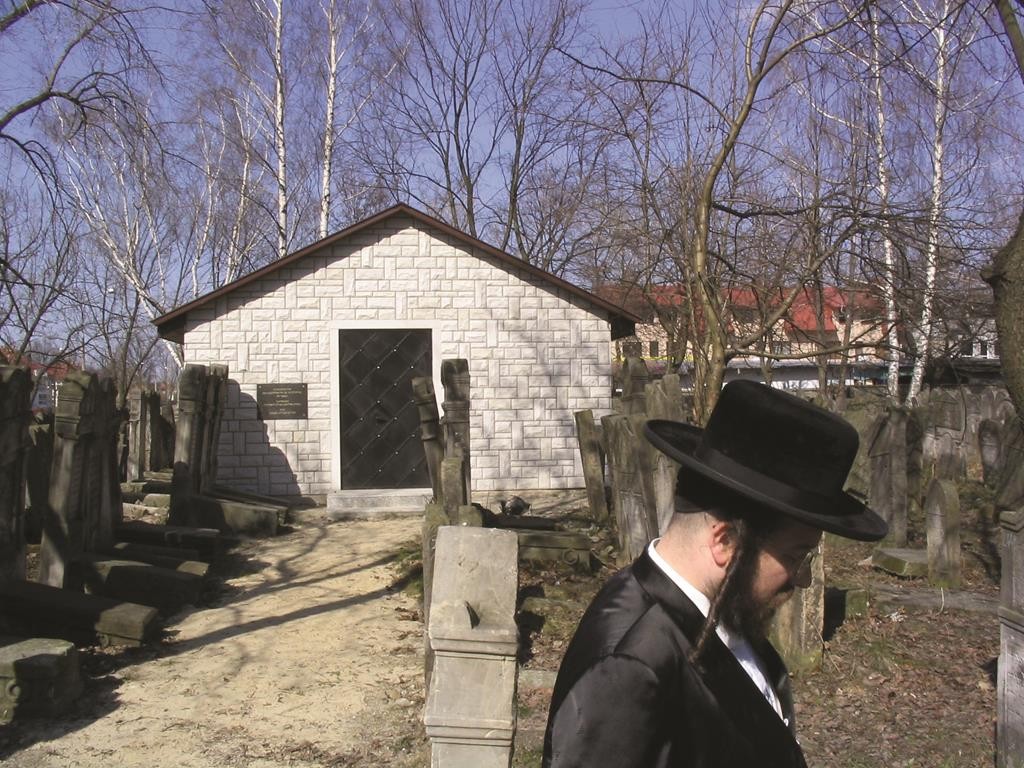 Harav Nosson Dovid of Shidlovtza, born in 5574/1814, was the son of Harav Yerachmiel Tzvi of Peshischa. He was zocheh to have as sandak his grandfather, Harav Yitzchak Yaakov of Peshischa, the Yehudi Hakadosh, zy”a. At the bris, the Yehudi Hakadosh told the father, Harav Yerachmiel, to name his newborn son Nosson Dovid, explaining that he would be both a navi like Nosson Hanavi and a king like Dovid Hamelech.

Reb Nosson Dovid was discreet in his avodas Hashem. He emulated the example of his father, Reb Yerachmiel Tzvi, who for 14 years worked as a watchmaker; so, too, Reb Nosson Dovid worked for some time as an engraver.

When Reb Nosson Dovid was just 20 years of age, his father was niftar. He tried to avoid being named Rav Yerachmiel’s successor, but eventually the many requests of the Gedolei Hador persuaded Reb Nosson Dovid to accept the leadership.

Despite having a following of thousands of Chassidim, Reb Nosson Dovid continued to travel to other leading Rebbes of the generation.

He journeyed many times to Harav Yissachar Dov Ber, the Sabba Kaddisha of Radoshitz, zy”a. After the Sabba’s petirah, he became a devoted follower of Harav Moshe of Lelov, and traveled to many other Rebbes as well including Harav Meir of Premishlan and Harav Yechezkel of Kuzhmir, who was his mechutan.

Noteworthy was his devotion to Harav Chaim of Sanz, the Divrei Chaim, zy”a.

On Erev Shabbos Parashas Lech Lecha, 7 Cheshvan 5626/1865, Reb Nosson Dovid was niftar, and he was buried in Shidlovtza. On that Leil Shabbos, Reb Chaim of Sanz came in late to the tisch. When he left his room to go to the tisch, he said, “Now that Reb Nosson Dovid is in his place, I can make Kiddush.” The Chassidim were surprised and uncomprehending until later that Shabbos, when the sad news of the petirah of Reb Nosson Dovid reached Sanz. Then the Chassidim understood the intention of the Rebbe at the beginning of the tisch.

In 1714, the coronation of Britain’s King George I took place in Westminster Abbey.

In 1803, the U.S. Senate ratified the Louisiana Purchase.

In 1944, during World War II, Gen. Douglas MacArthur stepped ashore at Leyte in the Philippines, 2 1/2 years after saying, “I shall return.”

In 2011, Muammar Gadhafi, 69, Libya’s dictator for 42 years, was killed as revolutionary fighters overwhelmed his hometown of Sirte and captured the last major bastion of resistance two months after his regime fell.