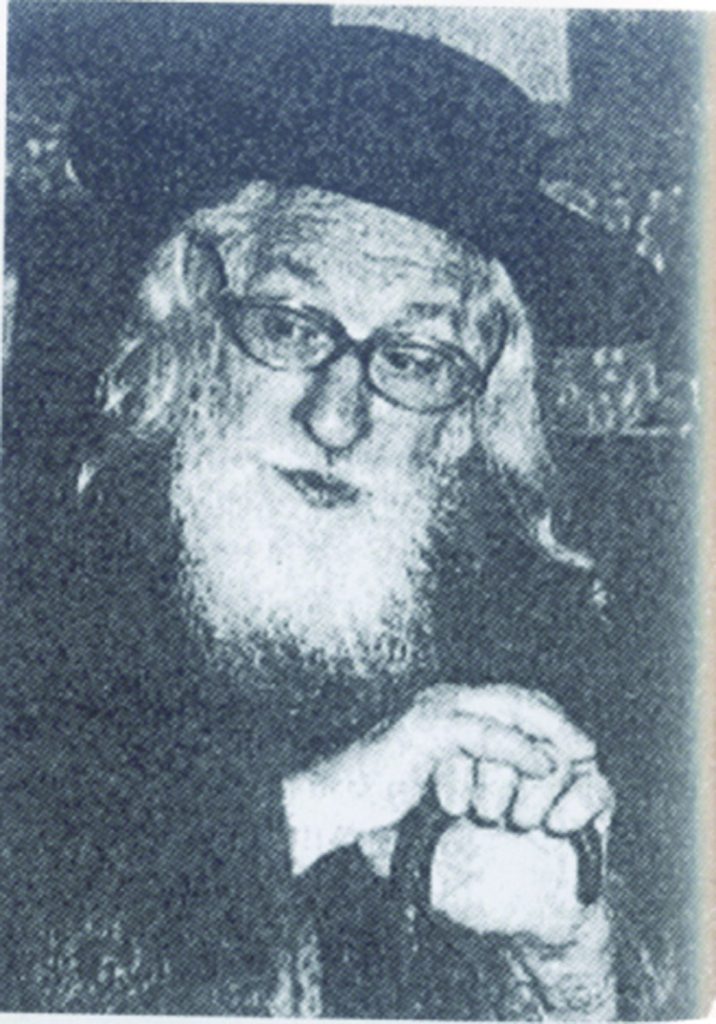 Harav Yechezkel Shraga was the son of Harav Yissachar Dov Lipshitz of Ungvar, zt”l, a direct descendant of the Aryeh D’bei Ilayi. He was born on 4 Nisan 5668/1908 in Stropkov, Czechoslovakia.

When still a child he lost his mother, and was raised by her father, Harav Avraham Shalom Halberstam of Stropkov, zy”a. Later, Reb Yechezkel Shraga would adopt his grandfather’s surname.

During World War II, Reb Yechezkel Shraga and his family were sent to Auschwitz.

Despite his indescribable suffering and anguish during those tragic years, including the loss of his wife
and children, Hy”d, his dedication to Hashem and His Torah was prodigious.

A miracle that occurred on the first day that he arrived at Auschwitz prompted his self-imposed obligation to build a mikveh in the future. While he was standing in line, waiting to be examined by the ruthless butcher, Dr. Mengele, an SS officer appeared and asked the new arrivals if any of them had any expertise in construction, plumbing or electrical work. Obviously, whoever could convince the Nazis that he was a skilled craftsman would buy time for his life.

In a clear sign of hashgachah pratis, the SS officer posed that very question to Reb Yechezkel Shraga. The ruse worked, and the officer assigned him to a work brigade. He believed Reb Yechezkel Shraga to the extent that he rebuked the other members of the group, saying, “This Jew is the only honest member of the group. He is an experienced craftsman.”

At that very moment Reb Yechezkel Shraga made a promise that if he were to survive, he would employ his “professional construction skills” to construct a mikveh.

In 5709/1949, Reb Yechezkel Shraga arrived in Eretz Yisrael, settling temporarily in Ramleh, a city not known for a large observant population. Reb Yechezkel Shraga’s warm personality and keen mind served as a magnet for those who were alienated from Torah. There he fulfilled his promise to build a mikveh.

In 5713/1953, Reb Yechezkel Shraga moved to Yerushalayim, where he founded a beis medrash and also served as a Dayan.

He wrote many sefarim on a large array of topics, all under the title Divrei Yechezkel Shraga.

In 1871, the National Rifle Association was incorporated in the U.S.

In 1874, Joseph F. Glidden was granted a patent for a barbed fencing material.

In 1903, Clyde J. Coleman received the patent for an electric self-starter for an automobile.