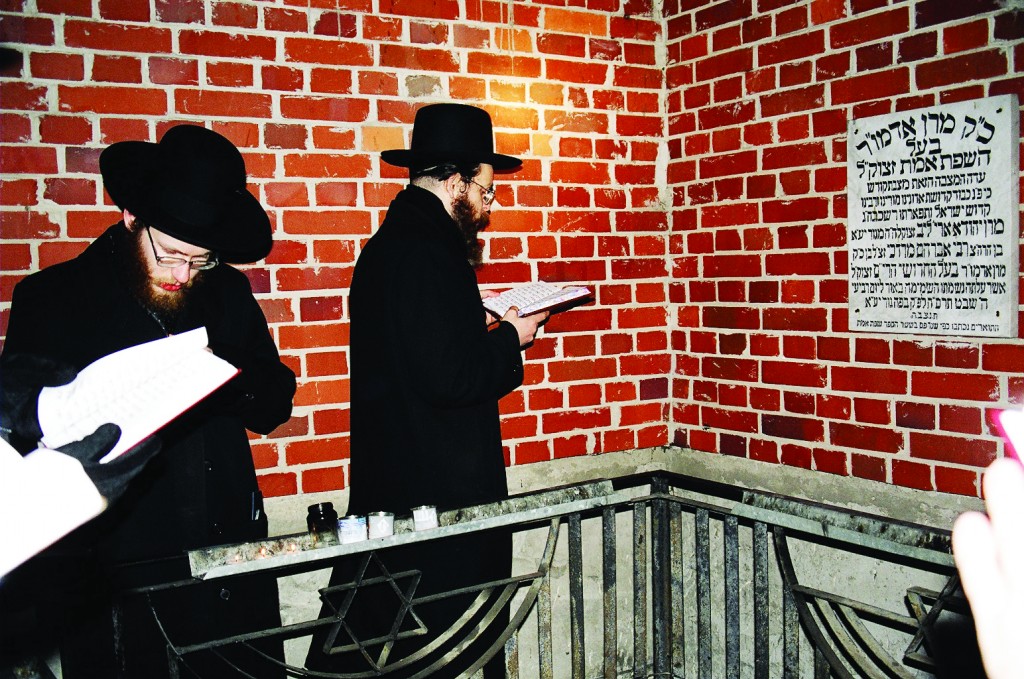 In the time of the Beis Hamikdash, on this day barley would be planted (70 days before Pesach), so it would be ready for the korban Omer.

The Sfas Emes was born on 29 Nisan 5607/1847. His father was Harav Avraham Mordechai, son of the Chiddushei Harim of Gur. When he was two years old his mother passed away, and when he was eight he lost his father.

Young Leibel grew up in the home of his grandfather, the Chiddushei Harim, who became his father figure and primary Rebbe.

Despite being showered with attention by his grandfather, he remained a humble child.

The Sfas Emes was only 14 years old when he became engaged to Yocheved Rivkah, the daughter of Harav Yehudah Kaminer, a prominent Chassid of Kotzk and Gur. The date of the chasunah was set for 3 Adar 5622/1862 (after the Sfas Emes’s 15th birthday), in the town of Gur, where the couple settled after they were married.

After his chasunah, the Sfas Emes remained in Gur with his grandfather. During this period he completely detached himself from the world and immersed himself totally in Torah and halachah. He almost never spoke to anyone, other than to a few close friends with whom he would speak words of Chassidus.

In 5626/1866, after the Chiddushei Harim’s petirah, the leaders of his Chassidim asked his grandson to become Rebbe, but the Sfas Emes refused to assume such responsibility at so young an age. Four years later, at 23, the Sfas Emes became Rebbe.

In the Sfas Emes’s time, Gerrer Chassidus reached new heights. Thousands joined the ranks of its Chassidim, until there was not a town in Poland without a Gerrer shtiebel.

The last five years of the Sfas Emes’s life were especially difficult. In 5661/1901 his Rebbetzin passed away. A year later, almost the entire town of Gur burned down, including the Rebbe’s beis medrash and home.

Tens of thousands of Jews were being drafted daily into the Tsar’s army and sent to the front in far-off Japan and Manchuria. Hundreds of Gerrer Chassidim were among them. This gave the Rebbe no respite; he spent much time davening for their welfare.

On 24 Teves, the year he was niftar, the Rebbe, who was only 58 years old and had until then been healthy, took ill. The illness, which the doctors could not diagnose, made him increasingly weak. Chassidim from all over Poland converged on Gur to storm the Heavens with tefillah. But alas, on 5 Shevat the Sfas Emes returned his pure soul to his Maker.

His published works were Sfas Emes on the Torah and Shas.

In 1777, the people of New Connecticut declared their independence. The republic later became the state of Vermont.

In 1943, work was completed on the Pentagon, headquarters of the U.S. Department of War , now Defense.

In 1993, a historic disarmament ceremony ended in Paris with the last of 125 countries signing a treaty banning chemical weapons.

In 2009, U.S. Airways Capt. Chesley “Sully” Sullenberger ditched his Airbus 320 in the Hudson River after a flock of birds disabled both engines; all 155 people aboard survived.