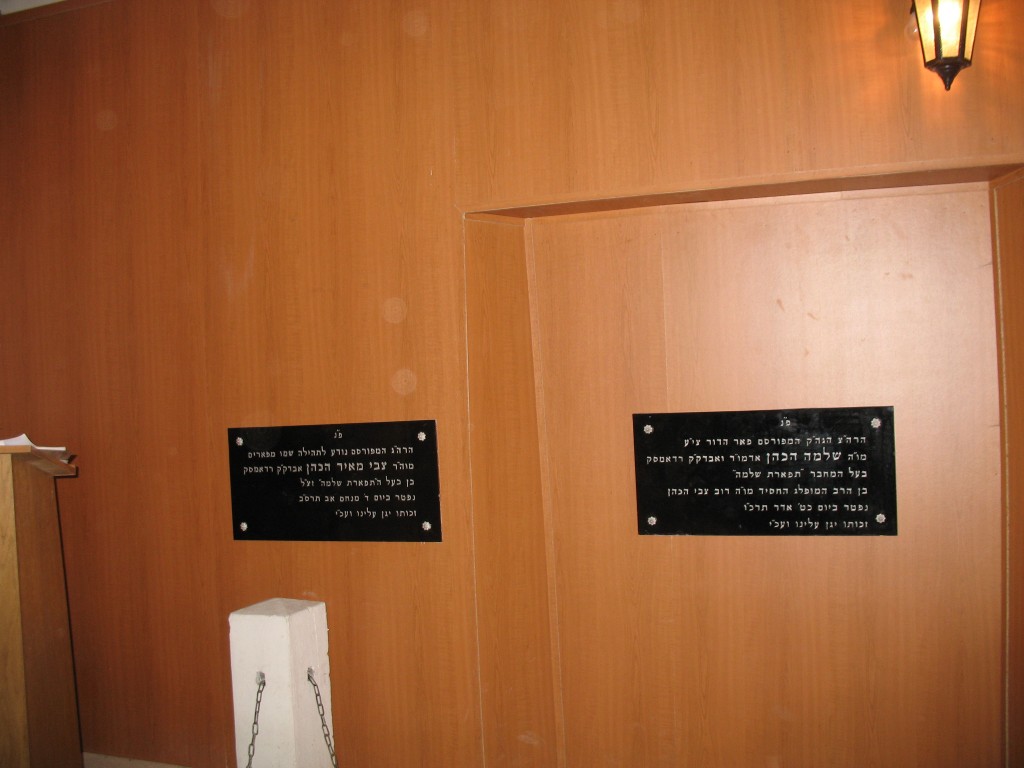 In 3314/447 B.C.E., the silver and gold that Ezra and his followers brought to build the second Beis Hamikdash was weighed.

5701/1941, Harav Benzion Halberstam, the second Bobover Rebbe, mechaber of Kedushas Tziyon, Hy”d. He was killed along with thousands of other Jews by the Nazis, y”s, in a forest near Lvov.

Harav Tzvi Meir Hakohen Rabinowitz was born in 5601/1841. His father was Harav Shlomo of Radomsk, the Tiferes Shlomo.

From his earliest youth, he was seen as an outstanding masmid, and was also known for his vast memory. The Tiferes Shlomo once said of his son, “He is a shelf full of sefarim.”

Reb Tzvi Meir would rise many hours before dawn, and after breaking the frozen waters in the mikveh, would learn works of Kabbalah, mainly of the Arizal. After day broke, he would learn a Gemara shiur with the bachurim.

Following his father’s petirah, on 29 Adar 5626/1866, Reb Tzvi Meir, fondly known as Reb Hirsh Meir, was appointed Rav in Radomsk in place of his father.

Reb Tzvi Meir was renowned for his mesirus nefesh in his avodas Hashem.

His sons were Harav Emanuel Gershon, Rav in Modzhitz; Harav Yitzchak Mordechai, Rav in Polana; and Harav Yisrael Pinchas, who served as Rav in Radomsk.

Many of Reb Tzvi Meir’s chiddushim and divrei Torah on the Torah remain in manuscript form.

In 1767, John Quincy Adams, the sixth president of the United States, was born in Braintree, Mass.

In 1859, Big Ben, the great bell inside the famous London clock tower, chimed for the first time.

In 1988, nine people were murdered when suspected Palestinian terrorists attacked hundreds of tourists aboard a Greek cruise ship, the City of Poros, which was steaming toward a marina in suburban Athens.

In 1995, the U.N.-designated “safe haven” of Srebrenica in Bosnia-Herzegovina fell to Bosnian Serb forces, who then carried out the killings of 8,000 Muslim men and boys.