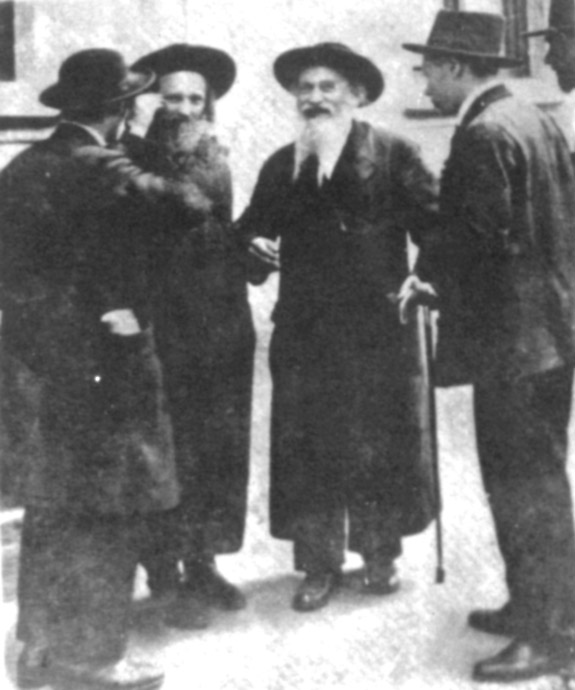 Harav Shaul Brach was born on 29 Shevat 5625/1865, in Nitra, where his father was a wealthy, prominent member of the kehillah.

As a child he was known for his sharp mind.

After he became bar mitzvah he went to study in the Maharam Shick’s yeshivah in Chust. Nine months later, when the Maharam Shick was niftar, Reb Shaul went to learn in the Chasan Sofer’s yeshivah in Mattersdorf for four years. As he attested, during that period he would learn non-stop, except for three or four hours a night of sleep.

Reb Shaul’s father was niftar when he was 18 years old.

He married the daughter of a wealthy talmid chacham, Reb Naftali Tzvi Kraus of Ujhely, who supported him for about three years.

He traveled to many tzaddikim, in particular to the Rebbes of Sighet, Sanz and Belz.

Fifteen years later, in 5685/1925, Reb Shaul accepted the call of the Kashau kehillah to become their Rav. In each place where he officiated, he established a yeshivah; of special note was the one in Kroli, which was one of the greatest in Hungary, producing many great Rabbanim and Dayanim.

Wherever he was Rav he fought for Torah-true values and established many takanos to strengthen authentic Yiddishkeit.

Until his later years, Reb Shaul remained in perfect health and hardly ever visited a doctor.

Reb Shaul was considered one of the greatest Rabbanim of his time. He was niftar on 26 Shevat, 5700/1940, after suffering for several years from a liver ailment said to have been triggered by his distress over the destruction of European Jewry that had begun a few months earlier.

In 1631, the co-founder of Rhode Island, Roger Williams, and his wife, Mary, arrived in Boston from England.

In 1783, Sweden recognized the independence of the United States.