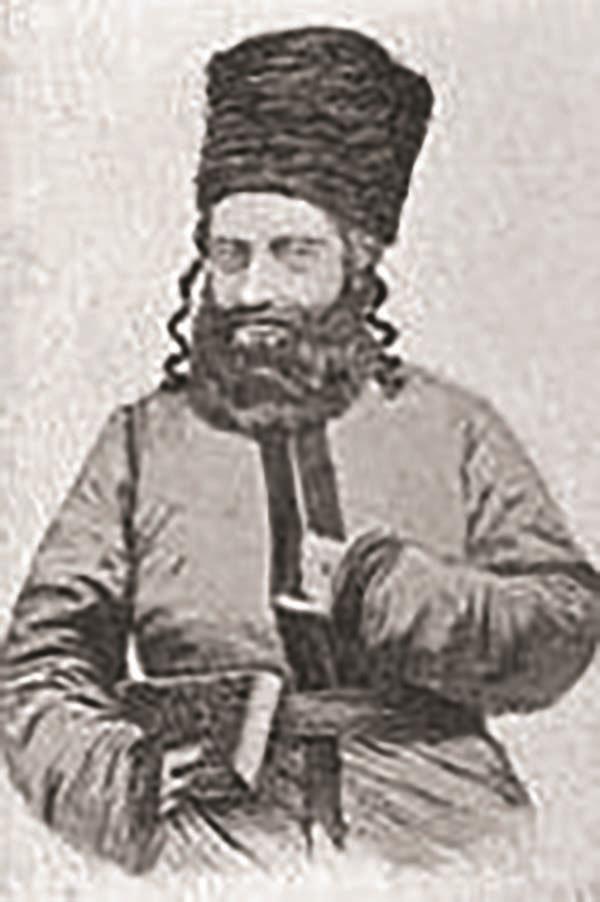 Harav Tzvi Hersh Chiyus was born on 28 Cheshvan 5566/1805 in Brody. His father, Harav Meir Chiyus, was the son of Harav Menachem Manish Chiyus and a scion of the distinguished and noble Chiyus family, which included many esteemed Rabbanim.

Reb Tzvi Hersh was a notably talented youth as well as an extraordinary masmid. His rebbeim were Harav Ephraim Zalman Margulies and Harav Elazar Landau of Brody, and Harav Zanvil Margulies of Przemysl.

At the age of 21 he received semichah from Harav Margulies, the venerated Rav of Brody. At 23 he was chosen to be Rav of the town of Zolokova, and in 5614/1854 he was anointed Rav of Kalisch.

Reb Tzvi Hersh was very wealthy, embodying Torah u’gedulah b’makom echad — both Torah and wealth. He was a revered figure even among gentiles and governmental figures, and his closeness to ministers and influential personalities greatly benefited the frum community.

In Minchas Kenaos he expresses strong opposition to even the slightest “reform” of traditional Yiddishkeit. Fearless as a lion, in this sefer he reveals the true, wicked intent of the maskilim who tried, unsuccessfully, to lure him into their trap.

Tragically, Reb Tzvi Hersh passed away at the age of 51. His son Rav Yitzchak, mechaber of Siach Yitzchak on Maseches Makkos and She’eilos U’teshuvos Sdei Yitzchak, was a gadol in his own right.

In 1775, the United States Navy had its origins as the Continental Congress ordered the construction of a naval fleet.

In 1792, the cornerstone of the executive mansion, later known as the White House, was laid during a ceremony in the District of Columbia.

In 1981, voters in Egypt participated in a referendum to elect Vice President Hosni Mubarak the new president, one week after the assassination of Anwar Sadat.