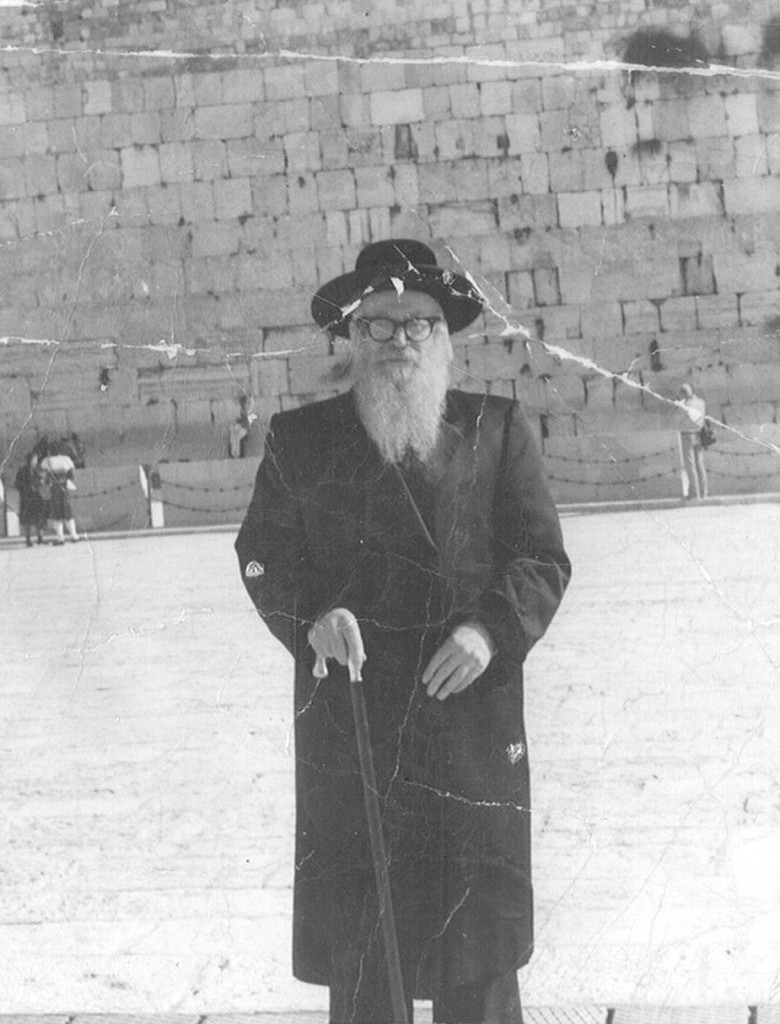 In 2449/1312 B.C.E., Moshe Rabbeinu ascended Mount Sinai for the third time, taking with him the stone tablets he had hewn. Moshe remained on the mountain for 40 days, until 10 Tishrei (Yom Kippur), during which time he obtained Hashem’s forgiveness. Since then, the month of Elul is considered a time of rachamim and forgiveness. (According to some opinions, Moshe Rabbeinu ascended on 1 Elul. See sefer Dvar Yom Beyomo.)

In 5151/1391, a mob attacked the Jews in Majorca, Spain, killing three hundred, while others converted to Christianity in order to save themselves. Hy”d.

In 5252/1492, 252 ships carrying Jews fleeing the Inquisition arrived in Naples, Italy, where they found a haven.

Harav Meir Isaacson was born Chol Hamoed Pesach 5670/1910 in Roman, a large city in Romania. He was the son of Harav Shlomo and Rebbetzin Sima Reizel Isaacson.

It is related that before he turned 18 he was already fluent in the entire Shas b’al peh.

He married the daughter of Harav Isamar Rosenbaum of Nadvorna.

At just 25 he was appointed Chief Rabbi of Foconi and Roman in Romania. For many years he was also the official rabbi of the Romanian armed forces, and he used this position to help Yidden in the whole country. Much sought after, he was close to King Karol of Romania, who on occasion visited the Rebbe in his home.

The Rebbe, fluent in nine languages, lectured to doctors, lawyers and other professionals. He was consulted by great Poskim and laymen alike on myriad subjects. Non-Jewish clergymen enjoyed speaking to him about Judaism. The Rebbe was always focused on being mekarev other Yidden, and his vast knowledge of many subjects allowed him to relate to highly-educated people.

In 5709/1949 the Rebbe left Romania and moved to America, settling in New York. Within a year he was offered a prestigious post in Philadelphia, where he lived from 1951 to 1975. He eventually opened his own shul, Khal Beis Shlomo, where he taught Torah for many years. Rav Isaacson wrote Mevaser Tov (an acronym for his name and his father’s), a collection of she’eilos u’teshuvos. The first two volumes were published in his lifetime; the third is being prepared for print by his children and grandchildren.

He and his wife, Rebbetzin Gittel Isaacson, provided tzedakah, food and clothing to all who asked. It was known that if anyone needed a place to stay, the Rebbe’s home was open.

On August 6, 1945, during World War II, the United States dropped an atomic bomb on Hiroshima, Japan, resulting in an estimated 140,000 deaths.

In 1813, during the Venezuelan War of Independence, forces led by Simon Bolivar recaptured Caracas.

In 1825, Upper Peru became the autonomous republic of Bolivia.

In 1862, the Confederate ironclad CSS Arkansas was scuttled by its crew on the Mississippi River near Baton Rouge, La., to prevent capture by the Union.

In 1942, Queen Wilhemina of the Netherlands became the first reigning queen to address a joint session of Congress, telling lawmakers that despite Nazi occupation, her people’s motto remained “No surrender.”

In 1961, Soviet cosmonaut Gherman Titov became the second man to orbit Earth as he flew aboard Vostok 2.

In 1988, an attempt by New York City police to enforce a curfew in Tompkins Square Park triggered a melee that left 52 people injured and led to the filing of more than 110 claims of police brutality.

In 1993, Louis Freeh won Senate confirmation to be FBI director.