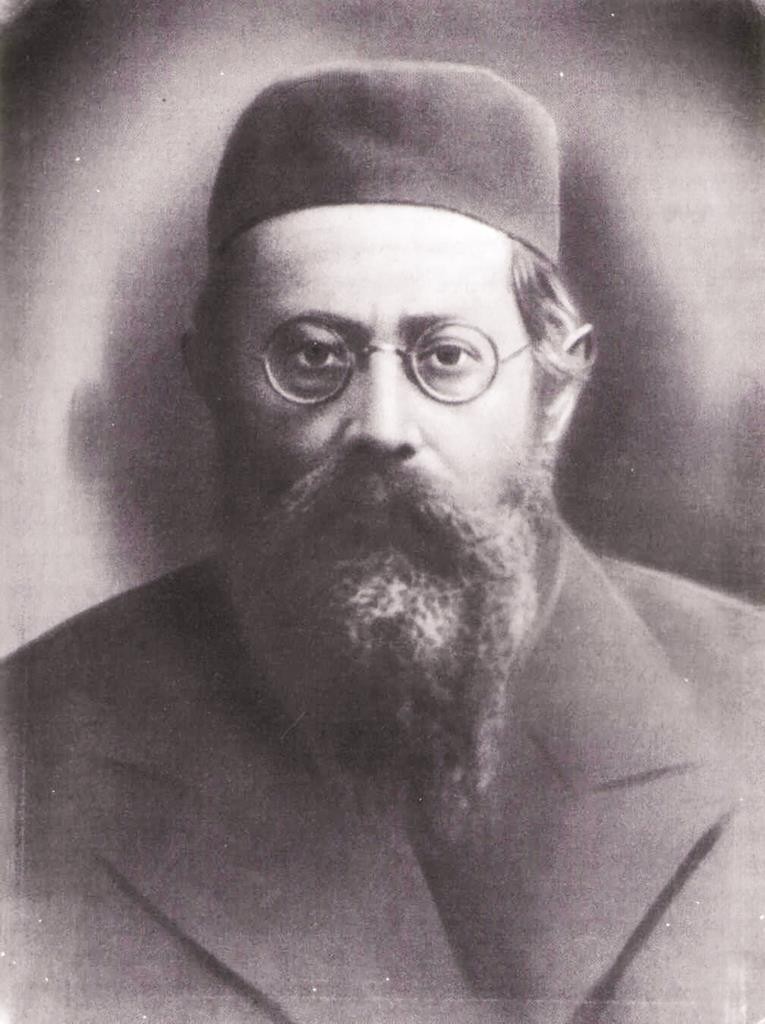 In 3340/422 B.C.E., Gedaliah ben Achikam, appointed by Nevuchadnetzar to rule over the remaining Jews after the destruction of the First Beis Hamikdash, was murdered by Yishmael ben Nesanyah.

This unfortunate event brought great hardship and grief to the Jewish people and is commemorated by a public fast. (According to Radak, Gedaliah was killed on the second day of Rosh Hashanah.)

Harav Naftali Trop was born on 13 Nisan 5631/1871, in Grodna. His father, Harav Moshe, served as a R”M in the local yeshivah, and it was under his father’s guidance that Reb Naftali blossomed in his young years.

At the age of 14 he left for Kelm, where he remained for two years. He then went to Telshe, learning under Harav Eliezer Gordon for a short while, but returned to Slabodka when Harav Itze’le Rabinowitz became its Rosh Yeshivah. He formed a close bond with Rav Itze’le, who guided him and formed his unique derech halimud.

At 20, Rav Naftali was considered one of the most outstanding young scholars in Slabodka, and the Alter of Slabodka, Harav Nosson Tzvi Finkel, chose him as his daughter’s chassan. Tragically, his kallah passed away during the engagement period. He married the daughter of Harav Eliezer Yaakov Chavas, an esteemed and well-known tzaddik.

After his chasunah he learned in Kelm for a number of years, but in 5660/1900 Harav Tzvi Hersh Levitan, who founded Yeshivas Ohr Hachaim in Slabodka, asked him to serve as Rosh Yeshivah in his new makom Torah, even though he was barely 30 at the time.

Four years later, when the Chofetz Chaim was looking for a Rosh Yeshivah in Radin, he chose Rav Naftali to fill the post. Until then, the position was filled by Harav Moshe Landynski, a great Gaon in his own right. However, as the yeshivah was constantly expanding, a new Rosh Yeshivah was sought to maintain a more orderly learning schedule, a common practice in the yeshivah world.

He had various shiurim with many of the bachurim, so that he was constantly busy learning privately with talmidim, infusing them with Torah.

Rav Naftali was close to the Chofetz Chaim, and acted with complete bittul towards him, attending his weekly shmuessen and shiurim. Likewise, the Chofetz Chaim was fond of his Rosh Yeshivah, and would often consult with him.

Rav Naftali fell ill at the age of 59. The talmidim, together with the Chofetz Chaim, fervently invoked Heavenly mercy, but to no avail. During the entire Selichos period, the Chofetz Chaim was constantly at Rav Naftali’s bedside, hoping and davening that he would recover. But Rav Naftali was niftar on Motzoei Rosh Hashanah.

Rav Naftali’s well-known and cherished sefer, Chiddushei Hagranat, is a classic in the yeshivah world.

In 1994, a federal jury in Anchorage, Alaska, ordered Exxon Corp. to pay $5 billion in punitive damages for the 1989 Exxon Valdez oil spill. (The U.S. Supreme Court later reduced that amount to $507.5 million).

In 1994, two astronauts from the space shuttle Discovery went on an untethered spacewalk, the first in 10 years.