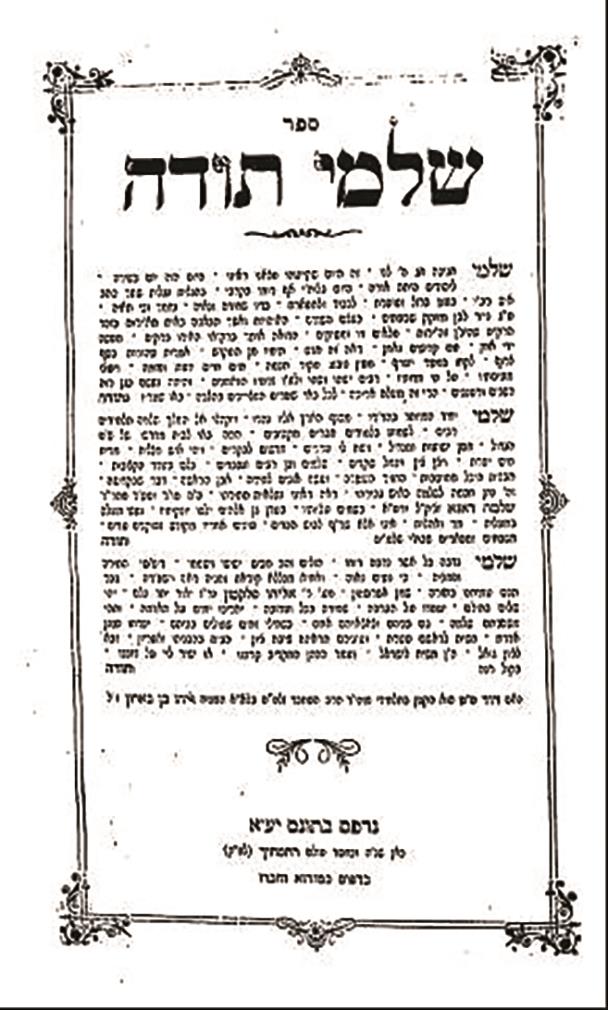 In 5701/1941, within a few days of invading Russian-occupied territory, the Nazis overran Vilna, Kovno, Bialystok and Riga, closing down the famed Slabodka and Telshe yeshivos, among others. The invasion brought about massive pogroms by the local populations in which thousands were killed.

Rav Shlomo was a talmid of Harav Avraham Hakohen Yitzchaki, the Mishmeres Kehunah, and of Harav Moshe Berabi, both of whom served as Rabbanim in Tunis.

It has been said that if not for Rav Shlomo, the Torah might have been forgotten in Tunisia, chas v’shalom. In his time, learning Torah was losing its value to the community and many yeshivos were closed. The fire of kefirah was raging; the intervention of Rav Shlomo and his mesirus nefesh made it possible to withstand those forces.

Rav Shlomo founded Yeshivas Chevras HaTalmud. He taught many talmidim, some of whom went on to become Gedolei Hador.

His talmidim recall the help he offered bachurim with financial difficulties so as to enable them to continue learning Torah unhindered.

In 1567, Mary, Queen of Scots, was imprisoned in Lochleven Castle in Scotland. She escaped almost a year later but ended up imprisoned again.

In 1933, the National Industrial Recovery Act became law with President Franklin D. Roosevelt’s signature. The Act was later struck down by the U.S. Supreme Court. The Federal Deposit Insurance Corp. was founded as President Roosevelt signed the Banking Act of 1933.

In 1978, President Jimmy Carter and Panamanian leader Omar Torrijos exchanged the instruments of ratification for the Panama Canal treaties.