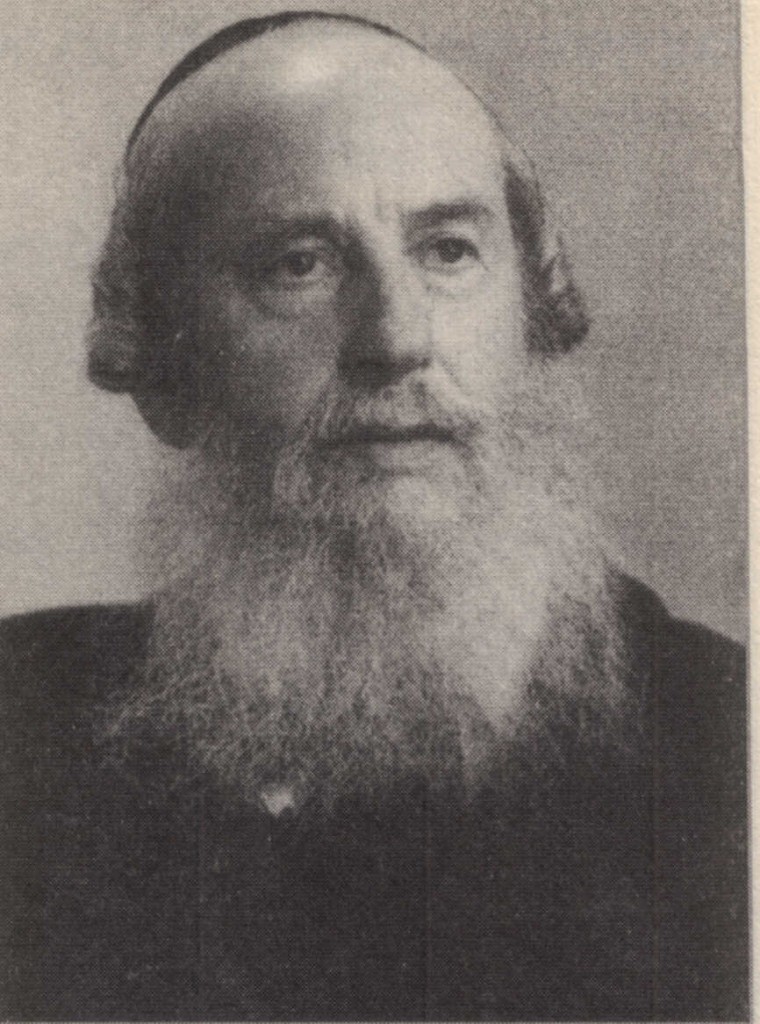 Fourth day of Creation: Hashem affixed the sun, moon and stars in the sky.

In 5468/1708, Peter the Great ordered 13 of his soldiers who participated in anti-Jewish riots to be hanged.

Reb Chaim Leib’s thirst for Torah was unquenchable. Even during his shevah brachos week he sat and learned all night with his brother-in-law, Reb Akiva Porush. He became a devoted talmid of Harav Shimon Lider-Horowitz, from whom he learned Toras Hanistar.

One night he dreamed that the Arizal came to him and bemoaned the fact that few Yidden study his teachings, which have the power to redeem the Shechinah from galus. When he awoke, he went straight to his rebbi, Reb Shimon. It turned out that his rebbi had had that same dream. So rebbi and talmid immediately set out to open a yeshivah for Toras Ha’Ari, which they called Yeshivas Shaar Hashamayim.

Reb Chaim Leib stood at the helm of the yeshivah his entire life.

During World War I, when the military draft menaced young Jewish men, Reb Chaim Leib acted with mesirus nefesh to save Yidden from serving in the Turkish army. He somehow obtained the title of ambassador for the Ethiopian embassy, and issued Ethiopian citizenships for many Jews.

This was a great crime and easily detected, because Ethiopians are dark-skinned, and he issued the documents to lighter-skinned Yerushalmi Jews. Officially sentenced to death as a traitor, he hid out from the authorities for months after the war.

Reb Chaim Leib was among the founders of the Chassidic beis medrash in Shaarei Chessed, and served as its Rav.

He raised money for his yeshivah with tremendous mesirus nefesh. At times he gave away every penny he had, and was left with nothing for his family.

The brachah he received from Reb Yosef Chaim Sonnenfeld is well-known. Reb Yosef Chaim told him, “In the merit of all you do, you will merit children who will light up Klal Yisrael with their Torah and yirah.”

Indeed, his son was none other than Harav Shlomo Zalman Auerbach, and his sons-in-law were Harav Shalom Schwadron and Harav Simchah Bunim Leizerzohn (niftar in his prime), zichronam shel tzaddikim livrachah.

In 1189, England’s King Richard I (the Lion-Hearted) was crowned in Westminster Abbey.

In 1658, Oliver Cromwell, the Lord Protector of England, died in London; he was succeeded by his son, Richard.

In 1861, during the Civil War, Confederate forces invaded the border state of Kentucky, which had declared its neutrality in the conflict.

In 1868, the Japanese city of Edo was renamed Tokyo.

In 1923, the United States and Mexico resumed diplomatic relations.

In 1939, Britain, France, Australia and New Zealand declared war on Germany, two days after the Nazi invasion of Poland.

In 1967, Nguyen Van Thieu (nwen van too) was elected president of South Vietnam under a new constitution.

Motorists in Sweden began driving on the right-hand side of the road instead of the left.