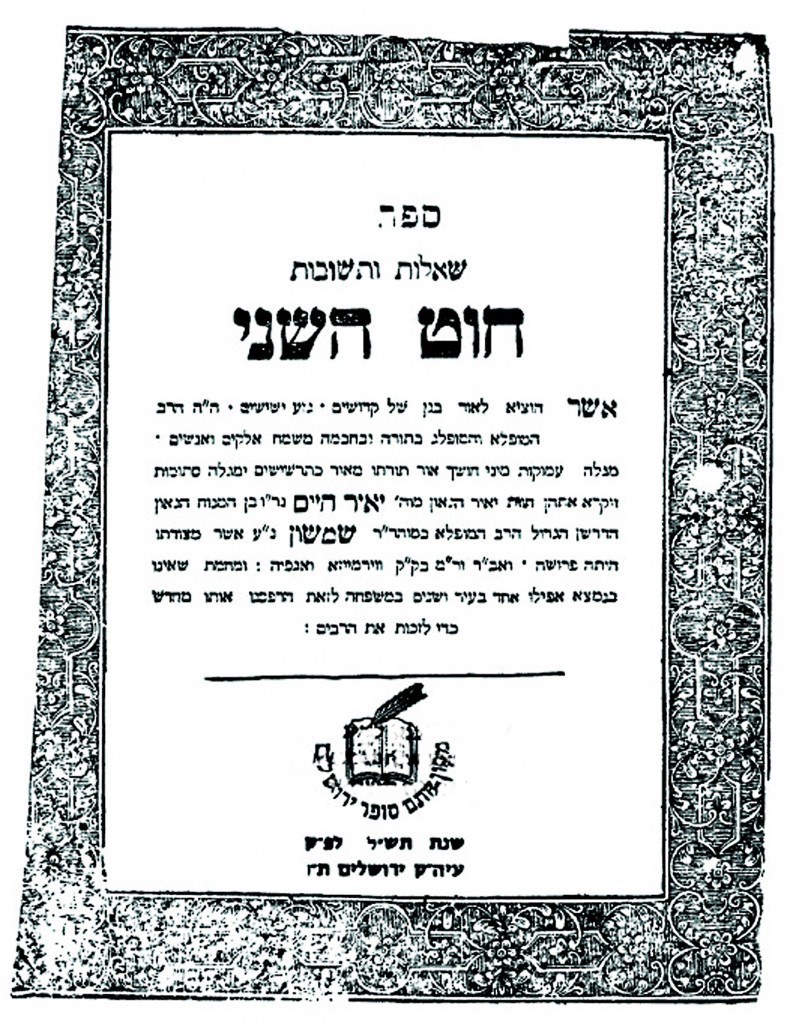 Today is a Yom Tov, as cited in Megillas Taanis. On this date the harsh decrees of the Yevanim that forbade Torah study and the observance of milah and Shabbos were annulled through the wisdom of Rabi Yehudah ben Shamua and his colleagues, who beseeched the authorities night after night until the decree was cancelled.

In 5037/1277, the Jews of Prussia were granted rights, which somewhat eased their plight.

In 5284/1524, the wicked ruler of Egypt, Ahmed Pasha, decreed the extermination of the entire Jewish community, but miraculously, he was killed. In commemoration of the great miracle, this day was observed annually as “Purim of Cairo.”

Harav Moshe Shimon Bachrach, son of Rav Shmuel, was born in Cologne, Germany, in 5360/1600. An outstanding talmid chacham, he was known for his fiery drashos.

Reb Moshe Shimon served as Rav in Geding and Leipnik. In 5604/1644 he was appointed Maggid in Prague. From Prague Reb Moshe Shimon moved to Worms, where he served as Rav and Rosh Yeshivah. He founded a yeshivah and taught multitudes of talmidim. He was among those who disagreed with the shittas halimud of pilpul.

Reb Moshe Shimon was also a paytan; he wrote a selichah for Shivah Asar B’Tammuz.

He left many sefarim on all facets of the Torah, of which She’eilos U’Teshuvos Chut Hashani was printed.

In 1854, U.S. Commodore Matthew C. Perry made his second landing in Japan; within a month, he concluded a treaty with the Japanese.

In 1965, the United States landed its first combat troops in South Vietnam as 3,500 Marines arrived to defend the U.S. air base at Da Nang.

In 1979, technology firm Philips demonstrated a prototype compact disc player during a press conference in Eindhoven, the Netherlands.