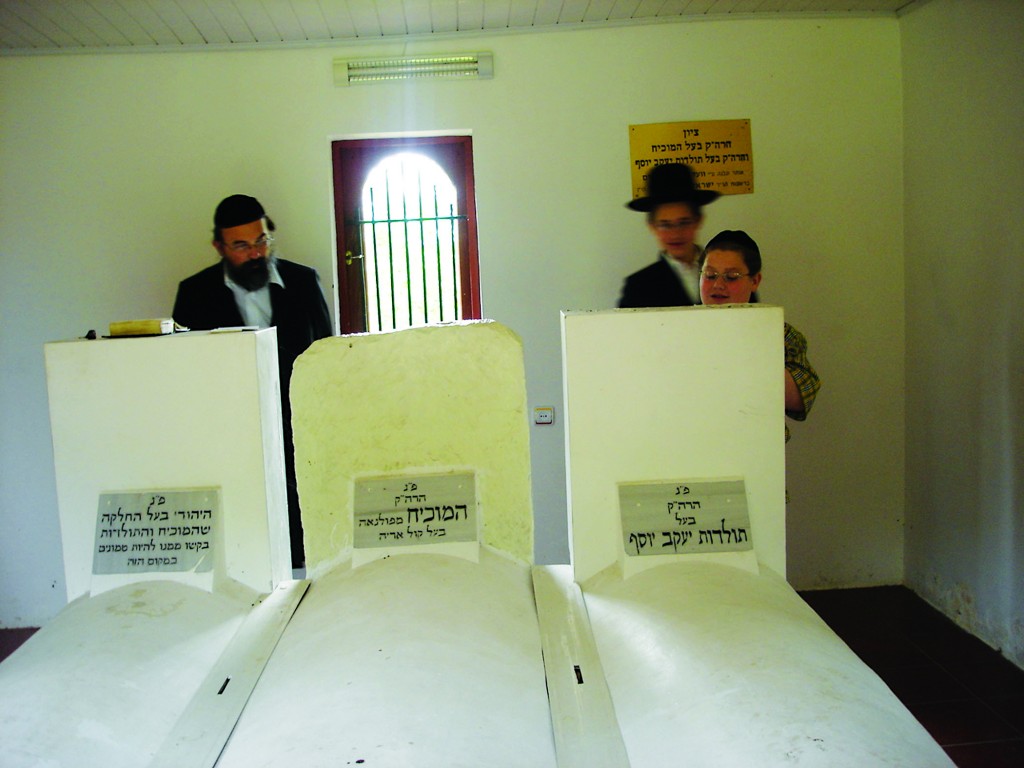 In 3415/347 B.C.E., the Anshei Knesses Hagedolah annulled the yetzer hara of idol worship after intense fasting and prayer.

The Toldos, as he is commonly known, was born to the pious Rav Tzvi Hakohen, who was a descendant of Harav Shimshon of ­Ostropoli.

Disapproving of the Toldos’ joining the new movement of Chassidus, his congregants forced him to relinquish the rabbanus of Sharirgrad, after which he returned to his prior position as Rav of Rashkov. In 5512/1752 he became Rav of Nemirov and, in 5530/1770, he assumed the rabbanus of Polnoya, where he succeeded Harav Aryeh Leib, the Mochiach of Polnoya. Finally, in Polnoya, Ukraine, the Toldos served Hashem with menuchas hanefesh until his petirah in 5543/1782.

The Toldos was attached to his Rebbe, the Baal Shem Tov, heart and soul and, in effect, his Rebbe, who was younger than he, bestowed upon his talmid a full measure of spiritual gifts. He revealed to him many secret facets of the Torah, and held him in high regard. The Baal Shem Tov would refer to the Toldos as “the Kohen Hagadol,” and once told his talmidim that, when Moshiach comes, the Toldos will serve as Kohen Gadol!

His sefer, Toldos Yaakov Yosef, came to be the cornerstone of all chassidic writing. In it he reveals a glimpse of his vast knowledge, and expounds on the basic foundations of Chassidus, based on the weekly parshiyos.

One of the central themes of the Toldos is that learning Torah in and of itself does not suffice as service to Hashem. Oddly, he said, mere Torah learning could serve as a barrier, since it could bring a person to haughtiness, and as a result create a distance between himself and his Creator. Rather, he taught, one should also engage in tikkun ­hamiddos and hachna’ah.

Reb Yaakov Yosef traveled widely to disseminate Chassidus and sell his sefarim. While the Chassidim eagerly embraced his sefer and drank its every word with thirst, on the other hand it caused a great uproar. The sefer Toldos Yaakov Yosef was subjected to derision and was even placed in cherem by opponents of Chassidus.

According to most reports, the Toldos was niftar at the age of 110. This advanced age is accepted by Chassidim in light of the fact that the Baal Shem Tov compared him to Yosef Hatzaddik, who also lived to 110.

He was niftar on 24 Tishrei and is buried in Polnoya, where his kever is visited to this very day.

In 1958, the U.S. manned space-flight project was renamed Project Mercury.

In 1959, U.S.S.R. probe Luna 3 transmitted the first-ever photographs of the far side of the moon.