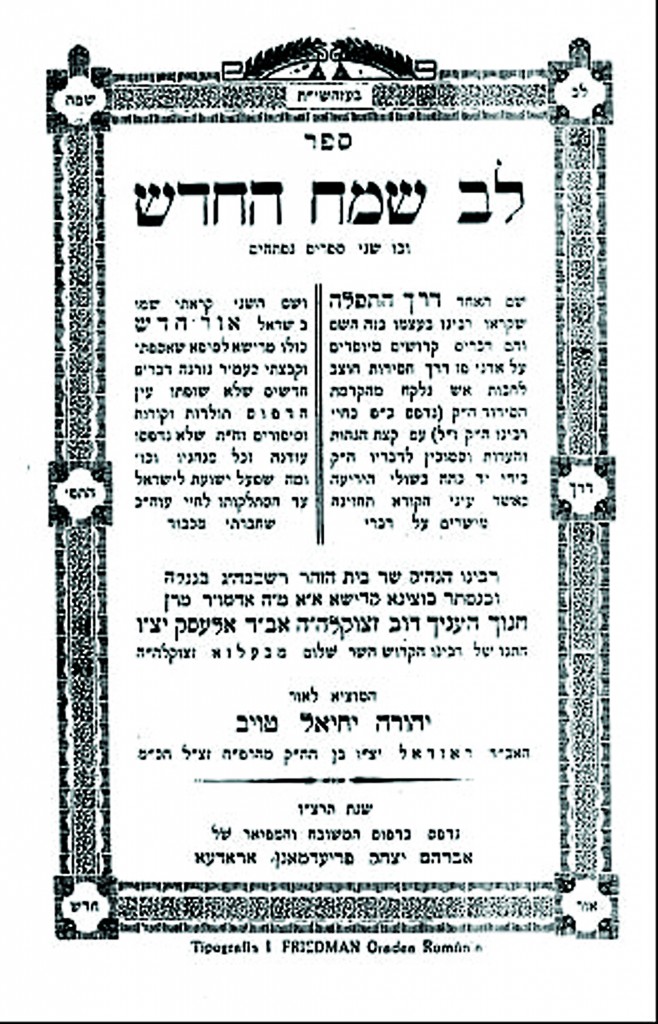 In 5577/1817, Czar Alexander I of Russia declared the Blood Libel (the infamous accusation that Jews murdered Christian children to use their blood in the baking of matzah for Passover) to be false. Nevertheless, nearly 100 years later, the accusation was officially leveled against Mendel Beilis in Kiev.

Harav Yitzchak Meir was born in Belz in 5589/1829 to Harav Chanoch Henach of Alesk and Rebbetzin Freide, daughter of Harav Shalom of Belz. Harav Chanoch Henoch was a grandson of Harav Yitzchak, who was Rav in Belz, even though he was the son of the simple shamash of Belz who at one time served as meshamesh for the Bach.

How did the shamash merit such descendants? When the townspeople of Belz wanted to dismiss the Bach from his Rabbanus, they handed a ksav to the shamash to deliver to him. But the shamash delayed the delivery of the note until after Shabbos in order to prevent agmas nefesh from disturbing the Bach’s oneg Shabbos. In this merit the Bach gave him a brachah to have a great son. Indeed, his son Harav Yitzchak was a tzaddik and gaon.

Rav Yitzchak grew up in the exalted atmosphere of the vast chassidic court of his maternal grandfather, the Sar Shalom of Belz. Even after his marriage, when he moved away, Rav Yitzchak continued traveling to his grandfather.

He married Yenta, the daughter of Harav Yosef Yoshke of Leshkowitz, who was a descendant of Harav Meshulem Feivush of Zhbarizh. Rav Yitzchak was very close to Rav Meir Premishlaner, his wife’s grandfather, and became a close Chassid and talmid of his. Likewise, Reb Meir cherished his grandchild.

Rav Yitzchak conducted himself in an exalted and holy manner. On Shabbos he would not speak of mundane things, only hinting when necessary. Many would come to engage in Torah discussions with him, as he was a gaon in all facets of Torah.

His father, Harav Chanoch Henoch, was the Rebbe of a prestigious eidah in the town of Alesk. With his father’s petirah in 5644/1884, Rav Yitzchak decided to emigrate to Eretz Yisrael, but his uncle, Harav Yehoshua of Belz (who had succeeded his own father, the Sar Shalom) did not consent. Instead, he insisted that Rav Yitzchak replace his father as Rebbe in Alesk. As Shabbos approached, he put a tallis on his nephew and told him to enter the beis medrash before him, as a symbol of his new position.

His father’s Chassidim accepted his leadership and he lovingly guided them. He was known for his fiery tefillos.

In 1789, the Constitution of the United States went into effect as the first Federal Congress met in New York. The lawmakers then adjourned for lack of a quorum.

In 1865, President Abraham Lincoln was inaugurated for a second term of office; with the end of the Civil War in sight, Lincoln declared: “With malice toward none, with charity for all.”

In 1913, the “Buffalo nickel” officially went into circulation.