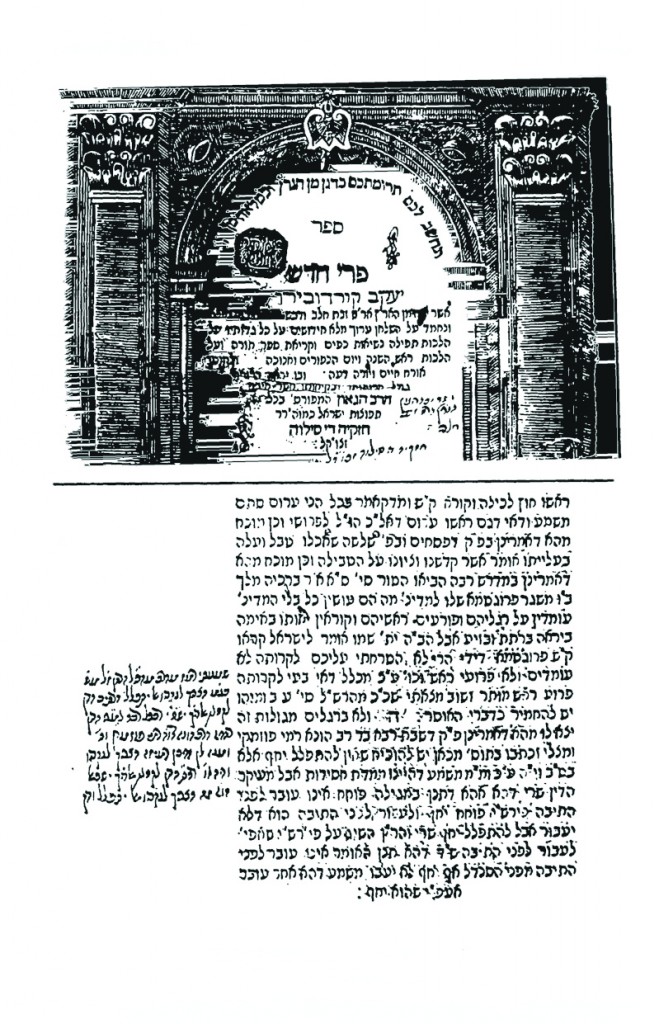 In 5256/1496, just four years after the expulsion of the Jews from Spain, a decree was issued in Portugal giving the Jews one year to either convert to Christianity or leave the country. Over the next 350 years, the infamous Inquisition persecuted, tortured and burned at the stake thousands of “marranos” throughout Spain, Portugal and their colonies for continuing to secretly practice the Jewish faith.

In 5465/1705, “Purim Sharif” was established in Tripoli, Libya, to commemorate deliverance from Ibrahim-a-Sharif, a cruel dictator who had laid siege to the town but suddenly and miraculously died. With his death, the siege ended and the town’s citizens were saved. It was also commonly known as “Purim Kedivna — the False Purim” to distinguish it from the regular Purim.

He was a talmid in the beis medrash Beis Yaakov in Yerushalayim which was founded by Harav Chezkia da Silva, the Pri Chadash. He learned Kabbalah under Harav Avraham Yitzchaki, mechaber of Zera Avraham, towards the end of the latter’s life (he was niftar in 5489/1729).

Rav Yitzchak Zerachyah was among the leading Rabbanim of Yerushalayim in his day, and his name appears on many letters and haskamos. He served on the beis din of Harav Eliezer Nachum and Harav Meyuchas Bachar Shmuel. He and another representative of the kehillah in Yerushalayim traveled to Europe on behalf of the kehillah in 5501/1741, but he was forced to return to Eretz Yisrael in the middle of the trip.

Rav Yitzchak Zerachyah is best known through his eldest son, Harav Chaim Yosef David Azoulai, the Chida, who was born in 5484/1724 in Yerushalayim.

Rav Yitzchak Zerachyah left many manuscripts, some of which were published and others referenced by his son the Chida in his many works.

In 1965, President Lyndon B. Johnson delivered his State of the Union address in which he outlined the goals of his “Great Society.”

In 1995, the 104th Congress convened, the first entirely under Republican control since the Eisenhower era.