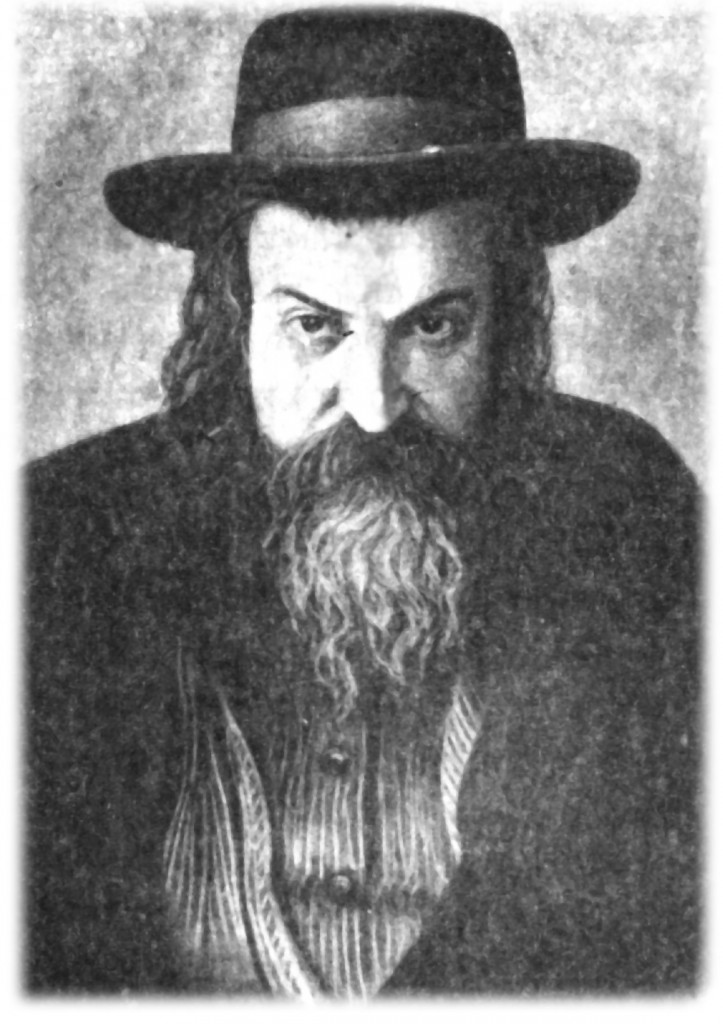 In 5701/1941, Polish Jews were barred by the Nazis from using public transportation.

Harav Moshe Kliers was born on 7 Adar 5634/1874 in Tzfas. His father, Meir, was a simple Jew who labored to earn a living for his family.

Even as a child, Rav Moshe had a thirst for Torah, and was granted amazing talents by Heaven. Though he never studied in a regular yeshivah or enjoyed the tutelage of any of the great Sages of his day, he attained great heights in Torah study through siyatta diShamaya and the toil of his independent study.

When there was not even a piece of bread for him in his father’s home, he would satisfy his hunger with leftover dry bread crusts kindly given to him by a poor widow who lived near the Karliner beis medrash in Tzfas. Lacking oil to light his lamps at night, he would use lamps with wicks dipped in kerosene. The smoke gave him headaches, which he tried to soothe with wet rags. His love for Torah helped overcome all obstacles.

When he had difficulty understanding a topic, he beseeched Hashem with the verse “Ner l’ragli devarecha ve’or l’nesivasi — Your word is a lamp for my feet and a light for my path” (Tehillim 119:105).

During those days in Tzfas, he became known to the holy Gaon Harav Mordechai Chaim of Slonim, zt”l, and began to study under him. He became very close to him, and later married Rav Mordechai Chaim’s sister.

After their wedding they settled in Teveria. Rav Moshe detached himself from the mundane and confined himself to a private room where he immersed himself in intense Torah study.

When his wife brought him his daily meals, she left them on the windowsill. At his request, she was careful never to tell anyone about his schedule.

In Tishrei of 5663/1902, tragedy befell him when his wife died after a difficult illness. Later, when Rav Moshe traveled abroad, he married his uncle Elisha’s daughter, who remained his devoted helpmate until his last day.

In 5668/1908, the Rav of Teveria, Reb Yechiel Michel Halperin, zt”l, was niftar. The Teveria kehillah immediately turned to Rav Moshe Kliers and, upon the advice of the Slonimer Rebbe, he accepted the position.

As soon as he became Rav of Teveria he worked on restoring the original atmosphere of Teveria, strengthening Yiddishkeit. He also acted as an arbitrator between litigants, and answered halachic questions. His fame as a posek grew, as is obvious from his magnum opus, Moreshes Moshe, which contains a diverse range of answers and decisions in practical halachah.

On the day before his petirah, on 23 Shevat, he completed Maseches Pesachim. Indeed, while advising one of his sons, he unwittingly revealed that he had completed all of Shas 36 times and certain masechtos, such as Shabbos, Eiruvin and Kesubos, more than 50 times!

In 1848, the Treaty of Guadalupe Hidalgo, ending the Mexican-American War, was signed.

In 1943, the remainder of Nazi forces from the Battle of Stalingrad surrendered in a major victory for the Soviets in World War II.

In 1971, Idi Amin, having seized power in Uganda, proclaimed himself president.

In 1990, in a dramatic concession to South Africa’s black majority, President F.W. de Klerk lifted a ban on the African National Congress and promised to free Nelson Mandela.