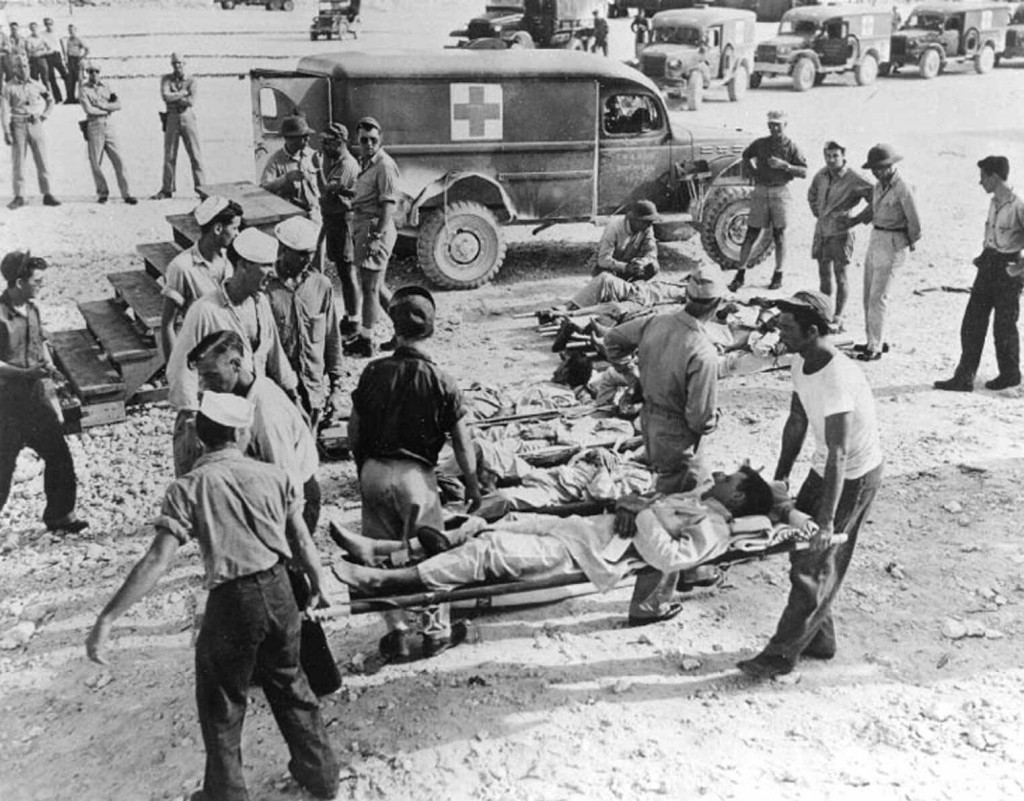 In 5665/1905, a large number of Jews were killed in a pogrom in Zhitomir, Ukraine. Hy”d. A Russian student who tried to help the Jews was also killed in the massacre.

Harav Dov Berish Weinberg was the son of Harav Tzvi Hirsh Treitel-Weinberg, a descendant of Rabbeinu Yehudah (son of the Rosh).

Reb Dov Berish married the daughter of Harav Yeshayahu Weltfried of Przedborz, zy”a, one of the leading talmidim of the Chozeh of Lublin.

Reb Dov Berish served as Rav in a few kehillos, but due to conflicts he was forced to return to Przedborz, where he served as Dayan and Rav.

Some of chiddushim of Reb Dov Berish on Shas were printed in the kuntres Halach Devash, which was printed together with Ohel Moshe by his son Harav Moshe.

In 1864, during the Civil War, Union forces tried to take Petersburg, Va., by exploding a gunpowder-filled mine under Confederate defense lines; the attack failed.

In 1945, the Portland class heavy cruiser USS Indianapolis was torpedoed by a Japanese submarine during World War II; only 316 out of some 1,200 men survived.

In 1953, the Small Business Administration was founded.

In 1956, President Dwight D. Eisenhower signed a measure making “In G-d We Trust” the national motto, replacing “E Pluribus Unum” (“Out of many, one”).

In 1963, the Soviet Union announced it had granted political asylum to Harold “Kim” Philby, the “third man” of a British spy ring.

In 1965, President Lyndon B. Johnson signed into law the Medicare bill, which went into effect the following year.

In 1975, former Teamsters union president Jimmy Hoffa disappeared in suburban Detroit; although presumed dead, his remains have never been found.

In 1980, Israel’s Knesset passed a law reaffirming all of Yerushalayim as the capital of the Jewish state.

In 1990, British Conservative Party lawmaker Ian Gow was killed in a bombing claimed by the Irish Republican Army.