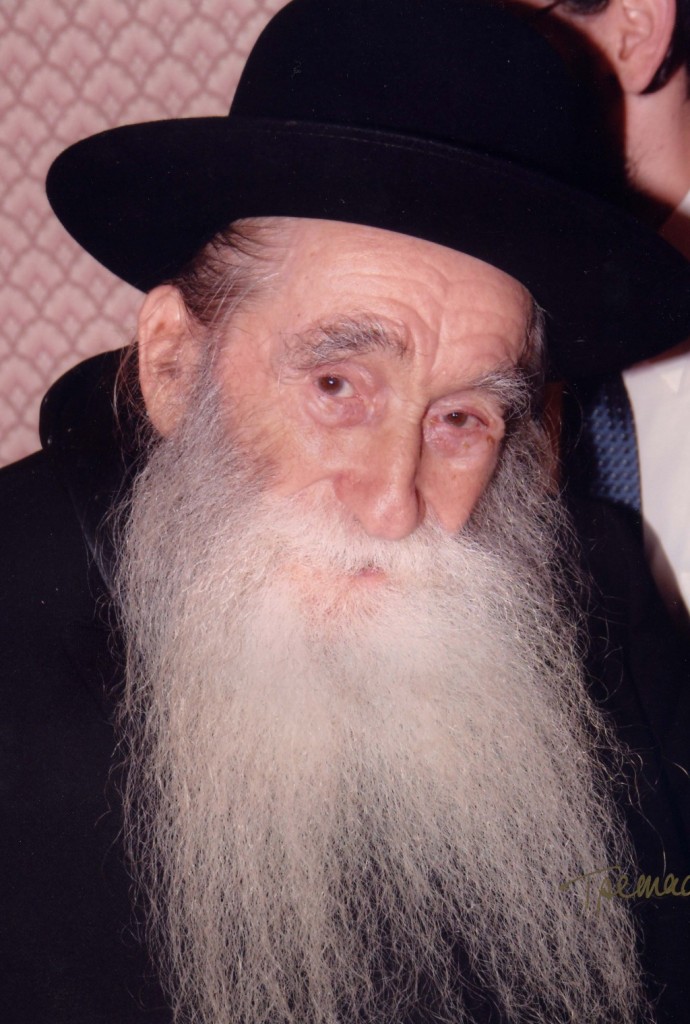 Harav Mordechai Leib Zuckerman was born in Smorgon, Lithuania, in 5670/1910, and grew up in a home of Torah and chessed. In his youth he learned in the yeshivah in Lida, under the tutelage of Harav Yaakov Neiman, zt”l.

Harav Mordechai continued his learning in the yeshivah in Kelm, and it was there that he acquired his distinctive seder hayom, always adhering to a strict schedule for davening, learning Gemara and mussar, until his last day.

After the outbreak of World War II, Harav Mordechai came to the ghetto in Kovno, where he took an active role in the chinuch of the children, teaching them Torah and instilling in them yiras Shamayim. This naturally made him a target of the Nazis, who especially sought him out for death. On one occasion he was found, but one of the daughters of the Dvar Avraham of Kovno begged the soldier to leave him alone since he was in the middle of davening. Miraculously, the Nazi agreed to spare Reb Mordechai’s life, but warned that he would kill him on the next occasion.

After surviving the war, Reb Mordechai traveled to France where he married his Rebbetzin, a”h, and from there they sailed to Eretz Yisrael. Upon his arrival, Reb Mordechai visited the Chazon Ish, who recommended that he settle in Yerushalayim. The Chazon Ish tried to place Harav Mordechai in the Brisker Rav’s kollel for exceptional avreichim, but there was no room  there at the time. Eventually he attended the kollel on Shabbos.

Harav Yechezkel Sarna, zt”l, Rosh Yeshivas Chevron, offered Harav Mordechai the position of Menahel Ruchani in Yeshivas Chevron. However, Rebbetzin Zuckerman was unwilling for her husband to stop learning full-time, and so for a long period he learned in the Achva shul in Zichron Moshe, where he made great strides in Torah and mussar. Afterward he was appointed Rosh Kollel Chevron in the Prushim beis medrash in Givat Shaul, where for the next 56 years he continued learning and taught Torah to thousands.

As an example of diligence and ameilus baTorah, Harav Mordechai attracted a group of lomdim and baalei mussar who sought to learn from his ways. For many years he had a steady mussar seder with Harav Shlomo Wolbe, zt”l.

As he was known for his exceptional yiras Shamayim, many came to him seeking his counsel and blessing. Harav Mordechai would receive all his visitors pleasantly, blessing them with all his heart. He had an accommodating, tolerant nature and was known never to hold a grudge.

From his youth, Harav Mordechai davened with much vigor and was careful always to daven k’vasikin. He lived a modest life, shunning luxuries, and was interested only in increasing his Torah knowledge and yiras Shamayim.

In his last months he became ill, but despite his extreme weakness, never stopped anticipating Hashem’s yeshuah. During his final days he hinted at his desire to pass away on the day of Shabbos and thus, on Shabbos Parashas Vayeira, 20 Cheshvan 5764/2003, his pure neshamah returned to its Maker.

He was buried on Har Hamenuchos in Yerushalayim.

In 1648, the Peace of Westphalia ended the Thirty Years’ War and effectively destroyed the last vestiges of the Roman Empire.

In 1861, the first transcontinental telegraph message was sent by Chief Justice Stephen J. Field of California from San Francisco to President Abraham Lincoln in Washington, D.C., over a line built by the Western Union Telegraph Co.

In 1901, Annie Edson Taylor became the first person to go over Niagara Falls in a barrel and survive.

In 1945, the United Nations officially came into existence as its charter took effect.

In 1952, Republican presidential candidate Dwight D. Eisenhower declared in Detroit, “I shall go to Korea” as he promised to end the conflict. (He made the visit more than a month later.)

In 1962, a naval quarantine of Cuba ordered by President John F. Kennedy went into effect during the missile crisis; the blockade was aimed at preventing the delivery of offensive weapons to the island.