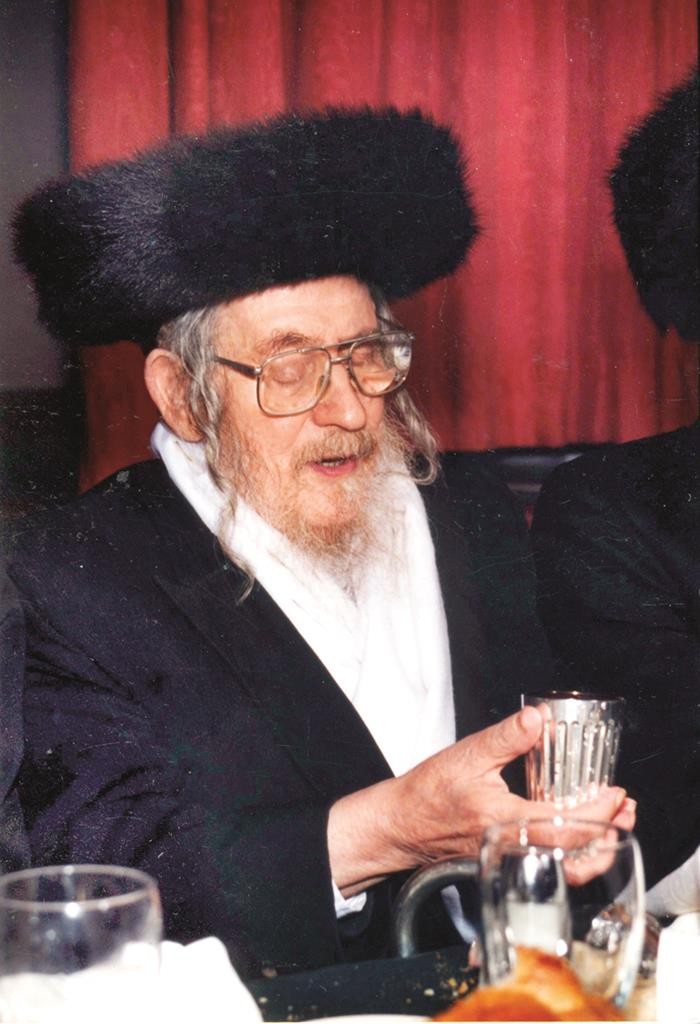 In 5313/1553, the pope ordered the confiscation and burning of all copies of the Talmud.

Harav Meir Yisrael Isser Hakohen Friedman was born in 5660/1900. His father was Harav Bentzion, the Dayan of Dubeck, Poland.

Rav Meir Yisrael Isser married the daughter of Harav Avraham Eber Peterfreund, a pious man and the shochet u’bodek of the resort town of Krenitz.

Many tzaddikim and Gedolim of the previous generation would frequent Krenitz. Rav Meir Yisrael Isser would listen to their wise words and watch their avodas Hashem and hasmadah in learning.

As war began to rage in Eastern Europe, Rav Meir Yisrael Isser lost his wife and two of his sons in an epidemic, R”l. He escaped to Pshemish, where he stayed for a while.

Towards the end of the war he escaped to Tashkent, a town in Uzbekhistan, where he met with the Machnovka Rebbe, zt”l.

Rav Meir Yisrael Isser wrote piyutim and shirim at that time which expressed the hope of redemption and salvation, of the end of Galus haShechinah and the return of Klal Yisrael to Eretz Yisrael.

After the war he stayed for a while in Prague where, as one of the leading Dayanim to have survived the war, he participated in the difficult she’eilos of heter agunos.

In America, Rav Meir Yisrael Isser settled in Crown Heights, where he remarried. He chose to remain a modest, reserved man who dedicated his time to Torah and tefillah. He opened the Beis Medrash Shaarei Chaim in Crown Heights, which is still open today.

His last years were spent in Boro Park at the home of Reb Shmiel Kurtz, his grandson. There, many chashuvim came to visit him to hear stories of the Gedolim he had spent time with long ago in Krenitz. Among them was Harav Shlomo Halberstam of Bobov, zt”l, who revered him greatly; and, ybl”c, the Rachmastrivka Rebbe, shlita; the Pshevorsker Rebbe, shlita; Harav Eliyahu Ber Wachtfogel, shlita, Rosh Yeshivah of the Yeshivah of South Fallsburg, and many more. They would listen to the stories with great interest, for Rav Meir Yisrael Isser had experienced these events firsthand and was a trustworthy source.

In 1863, Federal batteries and ships began bombarding Fort Sumter in Charleston harbor during the Civil War, but the Confederates managed to hold on despite several days of pounding.

In 1943, the Allied conquest of Sicily during World War II was completed as U.S. and British forces entered Messina.