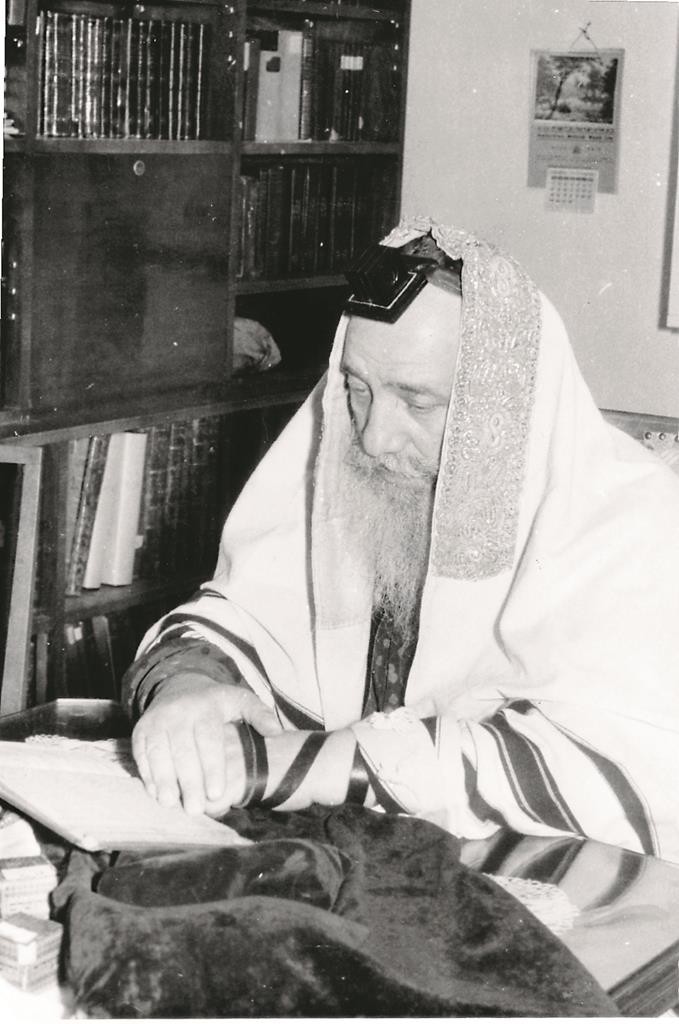 5700/1939, the famed Yeshivah of Mir was forced to close after 124 years of inspiring generations of bnei Torah. Many Mirrer talmidim fled, and with great nissim survived the war years in Shanghai.

Reb Baruch was born in Vizhnitz, Romania, on 2 Cheshvan 5656/1895. His father was Rav Yisrael of Vizhnitz, the Ahavas Yisrael, zy”a, and his mother was Rebbetzin Hinda, a daughter of Harav Meir Horowitz, the Imrei Noam of Dzikov, zy”a.

Early on, Reb Baruch gained a reputation as a sterling talmid chacham. In his younger years he learned Torah from his father, and also from Harav Yissachar Dov of Belz, zy”a, his father-in-law in his first zivug. He inherited his father’s renowned middah of ahavas Yisrael.

Reb Baruch became Rav of Polein-Riskova before he was 30, and afterwards of Kotzman, Romania. In 5695/1935 he was appointed Rav in Seret, a Romanian town of about 2,000 Jews.

The Ahavas Yisrael was niftar on 2 Sivan 5696/1936 and Reb Baruch became known as the Rebbe of Seret-Vizhnitz.

At the beginning of the war, the anti-Semitic Romanian government tried to force Jews to open their businesses on Shabbos. Reb Baruch’s older brother, the Damesek Eliezer, asked him to join in trying to abolish the decree. Although Reb Baruch was very ill at the time, he traveled with his brother, and together they succeeded in having the order canceled. This ultimately cost Reb Baruch dearly, as he suffered from weak lungs for the rest of his life.

During the war years, Reb Baruch was ransomed for a huge sum in Adar 5704/1944 and later made his way back to Romania, where he discovered that his writings, which he had hidden, had all been destroyed.

Reb Baruch finally moved to Antwerp, Belgium, in 5706/1946 together with his older brother the Imrei Chaim, and they stayed there for close to a year.

Reb Baruch’s sole ambition was to make his way to Eretz Yisrael and rebuild the ruins of the court of Vizhnitz. Arriving in Eretz Yisrael in Sivan 5707/1947, he set up court in Haifa.

With little financial backing but much determination, Reb Baruch was determined to found a Torah-observant neighborhood in this secular city. He laid the Kiryah’s foundation on 3 Tammuz 5714/1954.

The tireless efforts of Reb Baruch, along with the other pioneers of the postwar generation in Haifa, bore fruit; today, baruch Hashem, the religious community in Haifa, not just of Seret-Vizhnitz, continues to grow, thanks to their efforts at a time when no one believed religious life could exist in Haifa.

In his later years Reb Baruch suffered health complications. He was niftar on 2 Cheshvan 5724/1963, at the age of 68, before the culmination of his building project.

He was buried in Bnei Brak in the ohel of Vizhnitz, next to his father, the Ahavas Yisrael, whose remains had been brought up to Eretz Yisrael in 5709/1949.

In 1783, the first manned balloon flight took place in Paris as Jean-Francois Pilatre de Rozier ascended in a basket attached to a tethered Montgolfier hot-air balloon, rising to about 75 feet.

In 1914, the Clayton Antitrust Act, which expanded on the Sherman Antitrust Act of 1890, was signed into law by President Woodrow Wilson.

In 1969, peace demonstrators staged activities across the country as part of a “moratorium” against the Vietnam War.

In 1990, South Africa’s Separate Amenities Act, which had barred blacks from public facilities for decades, was formally scrapped.