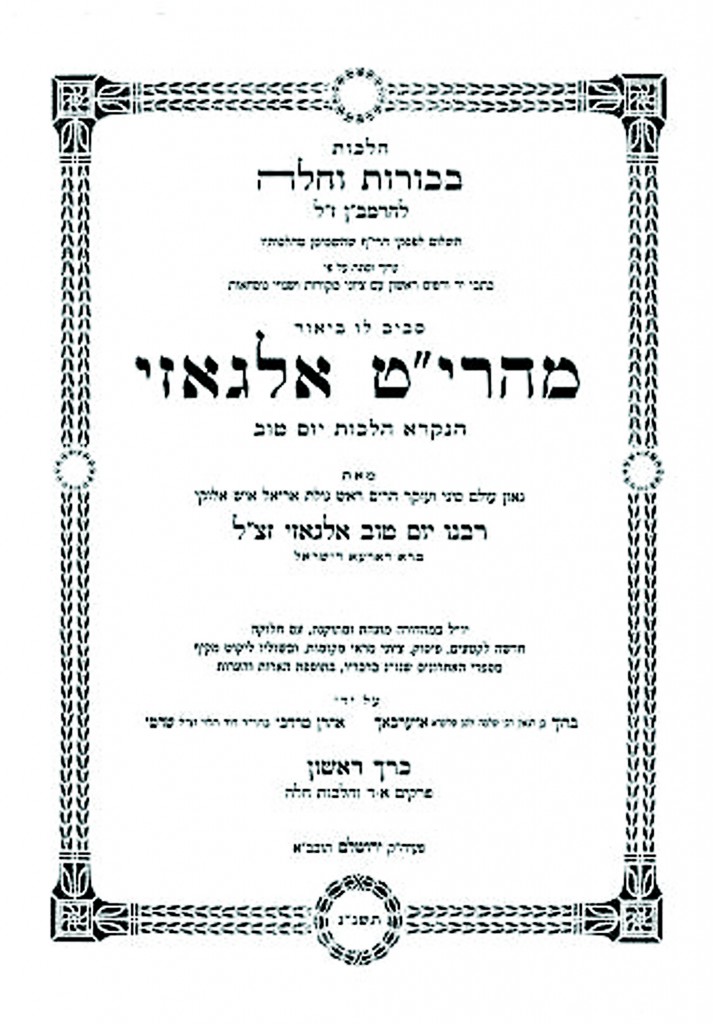 In 4313/553, the Byzantine Emperor Justinian ordered that in his jurisdiction, instead of reading the Torah on Shabbos, the Greek translation must be read. He also prohibited Rabbanim from teaching Torah.

In 5702/1942, the Nazis confiscated all sifrei Torah and other sefarim that belonged to the inhabitants of the Kovno ghetto.

His fame in learning spread and he was soon recognized as a budding talmid chacham and genius. He began to learn Kabbalah with the group called Ahavas Shalom, which was established by Harav Shalom Sharabi in his yeshivah Beit Kel. Rav Yom Tov, then still only in his twenties, was nevertheless recognized by the Kabbalists as a member of their elite group; his signature appears on their shtar hiskashrus (binding contract), the first name on the list being that of the Rashash, Harav Shalom Sharabi.

In 5530/1770, the financial situation of the religious community in Eretz Yisrael was in a very bad state. It was decided to send a delegation to chutz laAretz to raise money for the Yishuv. The two Rabbanim chosen to represent the community were Harav Yom Tov Algazi and Harav Yaakov Chazan. They went to many places, returning to Eretz Yisrael some six years later, in 5536/1776, after a successful journey for the benefit of the local Jews.

In 5537/1777, with the petirah of the Rashash, Rav Yom Tov was appointed Rav of Beit Kel. He was then 50 years old. This position added to his stature in the community, which grew even more when he was appointed Rishon LeTzion — Rav of Yerushalayim. Whenever he saw a problem, he did not hesitate to correct it and reprimand those who were at fault. He also initiated many takanos on behalf of the Jews of Yerushalayim and his authority was accepted by all. He was Rav of Yerushalayim for 28 years.

Rav Yom Tov suffered many health complications in his last years. On 2 Adar I 5562/1802, Rav Yom Tov was niftar. He was buried on Har Hazeisim in Yerushalayim, near the kever of his rebbi, the Rashash.

Rav Yom Tov wrote many sefarim, the best known of which is the sefer Hilchos Yom Tov on hilchos Bechorah and Challah, also known as Maharit Algazi.

In 1986, Soviet dissident Natan Sharansky was released by the Soviet Union after nine years of captivity as part of an East-West prisoner exchange.

In 1990, South African black activist Nelson Mandela was freed after 27 years in captivity.