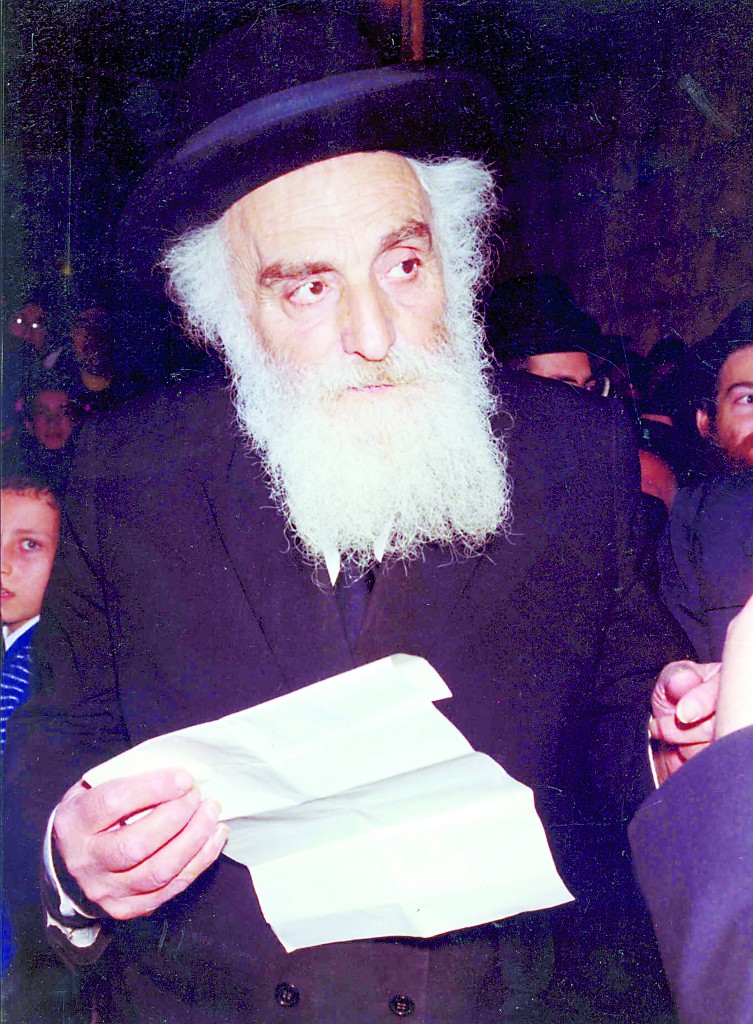 In 5188/1428, King Alfonso V ordered the Jews of Sicily, Italy, to convert to Christianity.

During his youth he learned with great hasmadah. He was taught primarily by his father, who would learn with the young boy up to five pages of Gemara every morning, review whatever they had studied the day before, and then ask his son for a chiddush.

In his teens he learned in Mir, where he was one of its most outstanding talmidim. He later traveled to Radin to learn under the Chofetz Chaim, and subsequently learned under the tutelage of Harav Yitzchak Zev Soloveitchick, the Gri”z of Brisk.

During World War II, Yeshivas Mir moved first to Japan and then to Shanghai, from where Reb Eliezer Yehudah and his family (with the exception of his son-in-law, Harav Chaim Shmuelevitz) ascended to Eretz Yisrael.

Reb Eliezer Yehudah invested much effort to gain entry visas to Eretz Yisrael for the many talmidim left behind in Shanghai, but his efforts bore no fruits. In 5704/1944 he founded Yeshivas Mir of Yerushalayim, where he served as Rosh Yeshivah until his petirah in 5725/ 1965.

After his marriage, Reb Binyamin Beinush became a maggid shiur in Yeshivas Beis Baruch in Yerushalayim, founded by his father. Later, he began delivering shiurim in Yeshivas Mir, and became its Rosh Yeshivah after his father’s petirah.

Reb Binyamin Beinush’s honesty and integrity in money matters were striking. At first he refused to take a salary as maggid shiur, and even after he was forced to take one, the money would somehow reappear in the yeshivah’s account.

He lived a simple lifestyle; material possessions did not mean anything to him. His house was sparsely furnished with only the most basic necessities; his was a life of Torah and kedushah.

He would go out of his way to make others feel happy and important. Often, when walking home from yeshivah, immersed in Torah thoughts, he would stop and say a few encouraging words to a passerby or a broken-hearted Jew.

In Cheshvan of 5750/1990 Reb Binyomin Beinush fell gravely ill, and on 18 Shevat he returned his pure soul to its Maker.

In 1909, the United States withdrew its forces from Cuba as Jose Miguel Gomez became president.

In 1962, the last of Washington, D.C.’s original streetcars made its final run.

In 1973, a cease-fire officially went into effect in the Vietnam War.