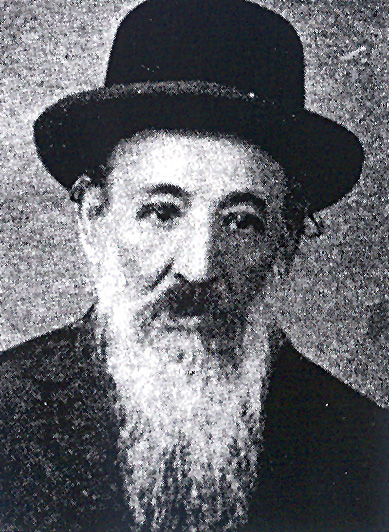 In 5568/1808, Napoleon I issued a decree suspending for a decade the emancipation of Jews in the French-occupied European countries.

Rav Yisrael Elimelech’s mother was Rebbetzin Sheindel, daughter of Harav Yisrael Elimelech Ungar of Zhavna, a scion of the Dombrova dynasty and descendant of the Chozeh of Lublin, the Kozhnitzer Maggid and the Rebbe Reb Elimelech, among other tzaddikim.

Rav Yisrael Elimelech, the first son of Rav Meir, was named for his mother’s father.

Rav Yisrael Elimelech married Rebbetzin Miriam, the daughter of Harav Shalom Hakohen Yolles of Sambour. In 5668/1908, he was appointed Rav in Turka.

During World War I his father, Harav Meir, fled Zhabriv, which was near the Russian border, for Turka, in the Carpathian Mountains region.

From there they went on together to Hungary, where they settled in Kirali-Helmitz. During the war, all of Rav Yisrael Elimelech’s Torah writings were burnt.

A few years after his father’s petirah in Kirali-Helmitz in 5675/1914, Rav Yisrael Elimelech moved on to America, where he settled in the Bronx, New York, and was known as the Zhabriver Rebbe of America.

He wrote Ner Yisrael on the Torah and Yamim Tovim, explaining in the hakdamah that he named the sefer after his father — ner has the same gematria as Meir.

Location of the kever:

In 1862, during the Civil War, the ironclads USS Monitor and CSS Virginia (formerly USS Merrimac) clashed for five hours to a draw at Hampton Roads, Virginia.

In 1990, Dr. Antonia Novello was sworn in as surgeon general, becoming the first woman and the first Hispanic to hold the job.