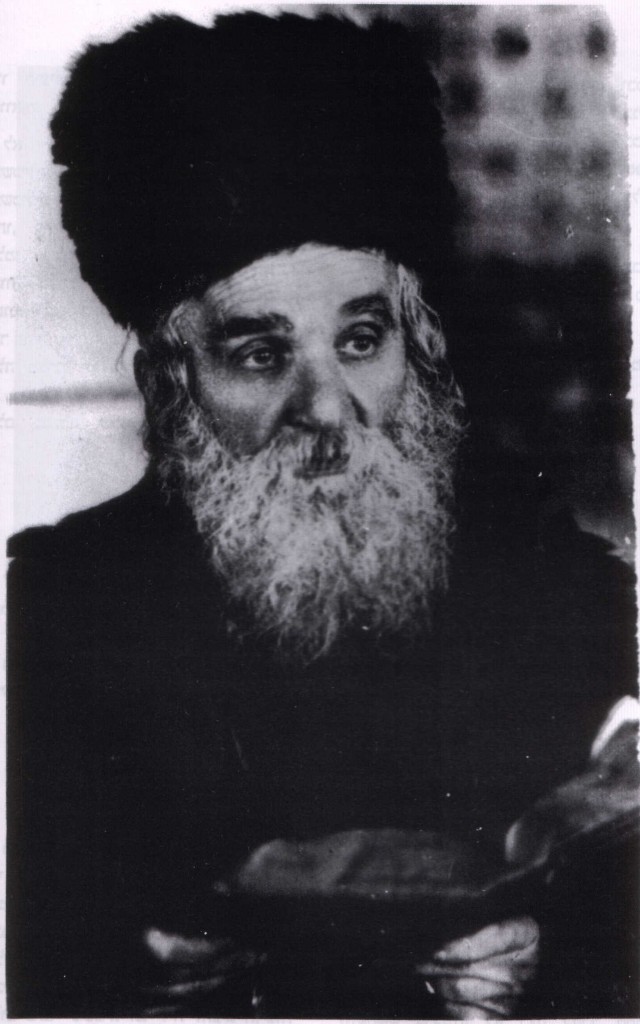 In 5701/1941, a torpedo, apparently fired accidentally by a Soviet submarine, sank the Struma, a boat on which 769 Romanian Jews were attempting to flee to Eretz Yisrael during WWII. The ship was very overcrowded and lacked the basic necessities; its engine barely worked. The trip’s organizers misled the passengers who, upon reaching Istanbul, discovered that they did not have the promised visas that would permit them to enter Eretz Yisrael.

The Turkish government first quarantined the ship and its passengers, and later forced it into open water, which led to its sinking. Only one person survived. Hashem yinkom damam.

Harav Shalom Mordechai HaKohen was born on 27 Nisan 5595/1835 in Zlochov, Galicia. His father, Reb Moshe, made a comfortable living from his winery in the town of Binov, but even while dealing with customers, he finished Shas six times with Tosafos and Maharsha.

The Maharsham’s mother was a tzaddekes, a descendant of Harav Yitzchak of Drohobitch and other great luminaries.

At 16 he married Yenta, the daughter of Reb Avraham Yakir, a Stretiner Chassid, and spent many years living with his father-in-law.

After his father-in-law’s petirah, the years of his financial support ended and he returned to his hometown, Zlochov. Since he refused to assume a Rabbanus, he worked as a timber-dealer until age 32.

In 5627/1867, during the war between Austria and Germany, he lost his assets and was finally forced to accept a Rabbinical post in Potok-Zloti, near Sadigura. He later became Rav in Yoslovitch, Butchatch, and then in Berzhan. Over the years he became one of the most profound Poskim, answering over 3800 teshuvos in halachah, which are printed in the nine volumes of She’eilos U’teshuvos Maharsham.

While lying on his sickbed, the Maharsham overheard a dispute in learning taking place between two talmidim who had come to visit him. Speaking in whispers so as not to disturb the Rav, the two began to argue whether nowadays one should give matnos kehunah or if it would be considered an act driven by pride.

From his bed, the Maharsham murmured to himself that the answer could be found in Darchei Moshe, Hilchos Mezuzah. The startled talmidim consulted the cited source and found a clear explanation. Those who were present asked, “Rebbe, how is it possible to remember all the tiny writing of the commentaries of the Tur?”

“Have a look at what I have written in the back cover of my own Tur,” replied the Maharsham. Opening the sefer they found inscribed in the Maharsham’s handwriting, “Today I managed, b’ezras Hashem, to finish the Tur 101 times.” This story was recounted by his talmid Reb Meir Shapiro of Lublin, zt”l.

The Maharsham was niftar on 16 Shevat.

In 1962, the United States launched Ranger 3 to land scientific instruments on the moon — but the probe ended up missing its target by more than 22,000 miles.

In 1979, former Vice President Nelson A. Rockefeller died in New York at age 70.