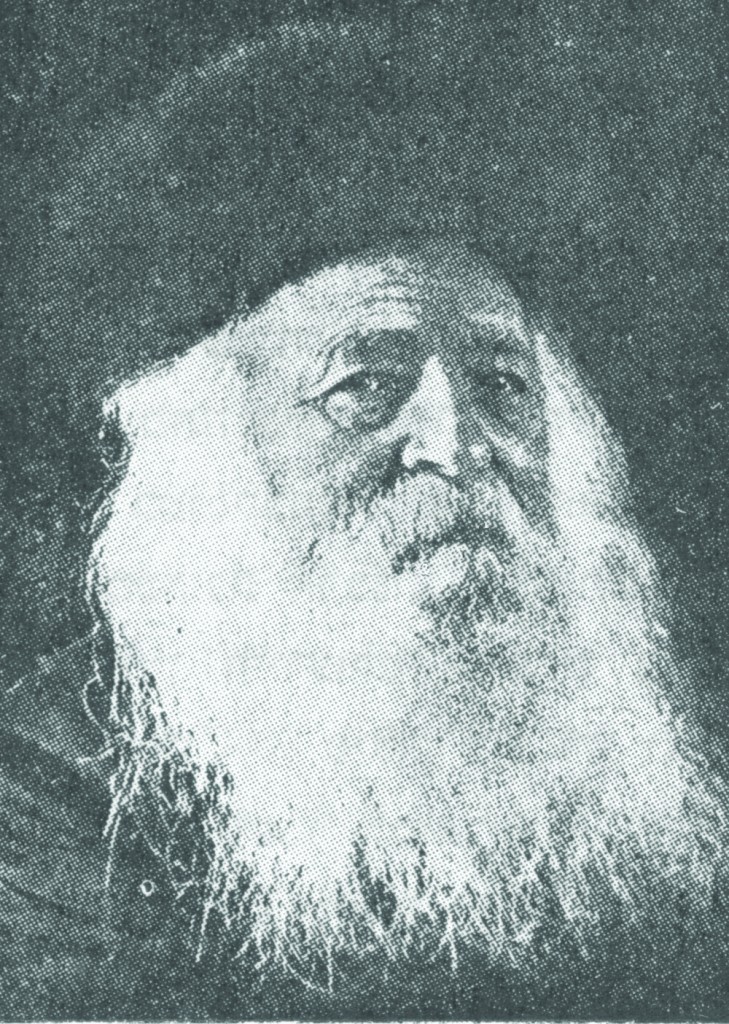 In 2048/1714 B.C.E., after Avraham Avinu was unable to find 10 righteous people in whose merit S’dom could be saved, S’dom, Amorah, Admah and Tzvoyim were totally destroyed by Hashem. Tzoar, a “younger” city with less of a history of evil, was saved after Lot and his daughters insisted on taking refuge there.

Harav Chaim Berlin was born on 5 Shevat 5592/1832 in Volozhin. He was the son of Harav Naftali Tzvi Yehudah Berlin, known as the Netziv of Volozhin.

He learned under his father in his formative years.

Subsequently he returned to his hometown, Volozhin, where he was the head of the beis din and also served as Rosh Yeshivah alongside Harav Chaim Soloveitchik of Brisk.

The yeshivah was forced to close in 5652/1892 and Rav Chaim moved to Kobrin, where he was appointed Rav. Later he also served as Rav in Elizavetgrad until 5666/1906, when he left Russia and settled in Yerushalayim.

After the petirah of Harav Eliyahu Dovid Rabinowitz Teomim, the Aderes, in 5665/1905, and through the efforts of Harav Shmuel Salant, Rav Chaim was elected co-Chief Rabbi of the rabbinate of the Ashkenazi community, assisting Rav Shmuel. The two had been close friends early in their lives and corresponded frequently over the years.

Rav Shmuel Salant was niftar in 5669/1909; Rav Chaim Berlin then stood alone at the helm of the rabbinate in Yerushalayim.

The yeshivah now known as Yeshivah Rabbeinu Chaim Berlin, established in Brooklyn, New York, in 1904, was renamed for him in 1914.

A collection of his letters and responsa were published as She’eilos U’teshuvos Rav Chaim Berlin.

In 1631, the Swedish-Saxon army under Gustav II Adolf of Sweden destroyed the Catholic army at Breitenfeld, Germany, marking the rise of Sweden as a major power.

In 1665, bubonic plague broke out in London.

In 1787, the U.S. Constitution was signed by a majority of delegates attending the Constitutional Convention in Philadelphia.

In 1862, Union forces fought a Confederate invasion in Maryland in the American Civil War battle of Antietam. There were 23,100 killed, wounded or captured, making it the bloodiest day in U.S. military history.

In 1939, the Soviet Union invaded Poland, more than two weeks after Nazi Germany launched its assault.

In 1948, Sweden’s Count Folke Bernadotte, United Nations mediator in Arab-Israeli conflict over Palestine, was slain near Jerusalem by members of the Jewish Underground.

In 1964, the United States disclosed the development of two weapons systems capable of intercepting and destroying armed satellites circling the earth.

In 1980, exiled Nicaraguan leader Anastasio Somoza was assassinated in an explosion that wrecked his car in Asuncion, Paraguay.

In 1992, U.S. special prosecutor Lawrence Walsh called a halt to his five-and-a-half-year probe of the Iran-Contra scandal; Italy joined Britain in pulling out of European exchange-rate treaties.

In 1996, President Bill Clinton dispatched 3,500 soldiers to Kuwait and warned Iraq of new attacks should it threaten neighboring countries or U.S. forces.

In 2004, Mexico’s President Vincente Fox and Japanese Prime Minister Junichiro Koizumi signed a free-trade agreement to ease Mexico’s reliance on the U.S. while encouraging Japan to move factories there.

In 2005, Palestinian forces sealed off five major breaches along Gaza’s porous southern border, firing warning shots in the air and clashing with stone-throwing crowds, in their strongest effort yet to halt the chaotic flood of people in and out of Egypt since Israel’s withdrawal from the area.

In 2008, an assault on the U.S. Embassy in San’a, Yemen, killed 19 people, including an American woman and six militants.