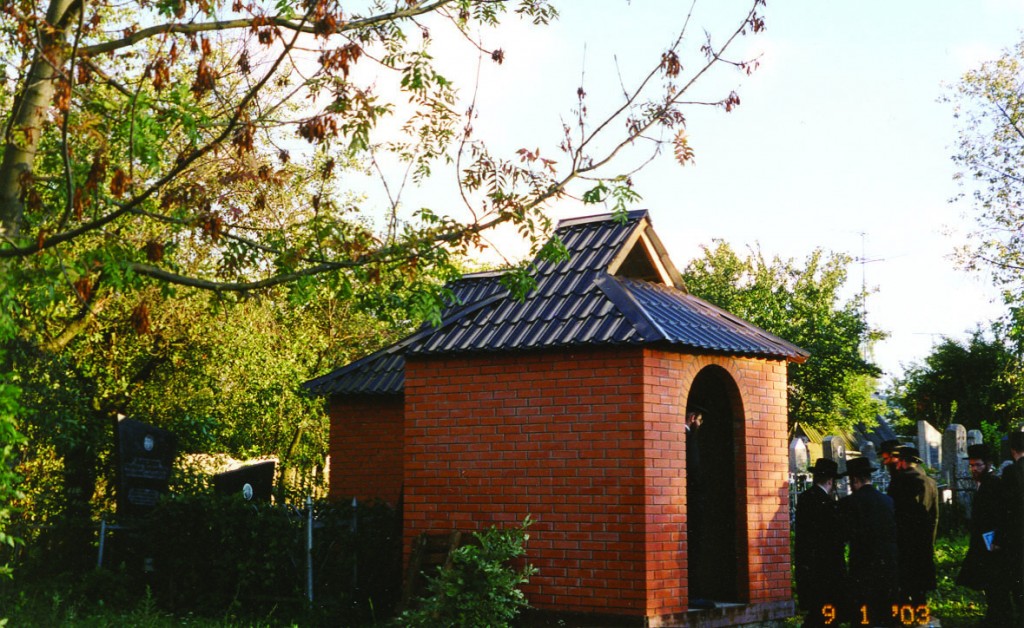 As we are taught in the beginning of Parashas Vayeira, Hashem took the sun out of its sheath, causing it to shine very intensely so that Avraham Avinu, who was recovering from his bris milah, would not trouble himself with guests.

However, when Hashem Himself came to be mevaker choleh and saw how desperate Avraham Avinu was for guests, He sent three malachim in the form of humans. One was Refael, who healed Avraham Avinu; another brought Sarah Imeinu the good tidings that she would give birth to Yitzchak within the year.

Son of the Maggid of Mezeritch, Reb Avraham was born in 5501/1741. The madreigos of the talmidei Baal Shem Tov are beyond our comprehension. Yet in this generation of great and holy masters, the “Malach” was known by this unique title because of his exceptional level of holiness. He had virtually no contact with the material world.

It is told that the Malach was once seen looking out of a window for hours, staring toward the horizon at a hill in the distance. When asked why he was doing this, he responded, “I am looking [in amazement] at how a lowly piece of earth can hold itself so high.”

The late Kopyczynitzer Rebbe, Reb Moshe Mordechai, zt”l, a descendant of the Malach, told the following story, heard from his father:

The Malach married the daughter of Harav Feivish of Kremenetz, mechaber of Mishnas Chachamim. Reb Feivish was so consistent and devoted to his Torah studies that he declined to attend his own daughter’s wedding, to avoid bitul Torah.

Later, however, when he heard of the illustriousness of his mechutan, the great Maggid, he decided to pay him a visit. He arrived on a Friday afternoon, hoping to be invited for the Shabbos meals. The Maggid, however, instructed his son the Malach to invite his father-in-law for the Friday night seudah.

About a half a year before his petirah, the Malach, at the urging of the Me’or Einayim of Chernobyl, accepted the position of maggid in the kehillah of Chovastov; however, he rarely revealed himself to the public eye.

Many tzaddikim of the generation traveled to him, among them Harav Baruch of Mezhibuzh and the Me’or Einayim.

The Malach was niftar at just 36 years of age, leaving two sons: Harav Yisrael Chaim of Ludmir and Harav Shalom Shachna of Prohobitch, who later became the father of Harav Yisrael of Ruzhin.

In 1498, Tomas de Torquemada, notorious for his role in the Spanish Inquisition, died in Avila, Spain.

In 1810, Mexicans were inspired to begin their successful revolt against Spanish rule by Father Miguel Hidalgo y Costilla and his “Grito de Dolores” (“Cry of Dolores”).

In 1908, General Motors was founded in Flint, Mich., by William C. Durant.

Samuel T. Rayburn of Texas was elected Speaker of the U.S. House of Representatives.

In 1987, two dozen countries signed the Montreal Protocol, a treaty designed to protect the Earth’s ozone layer by calling on nations to reduce emissions of harmful chemicals by the year 2000.