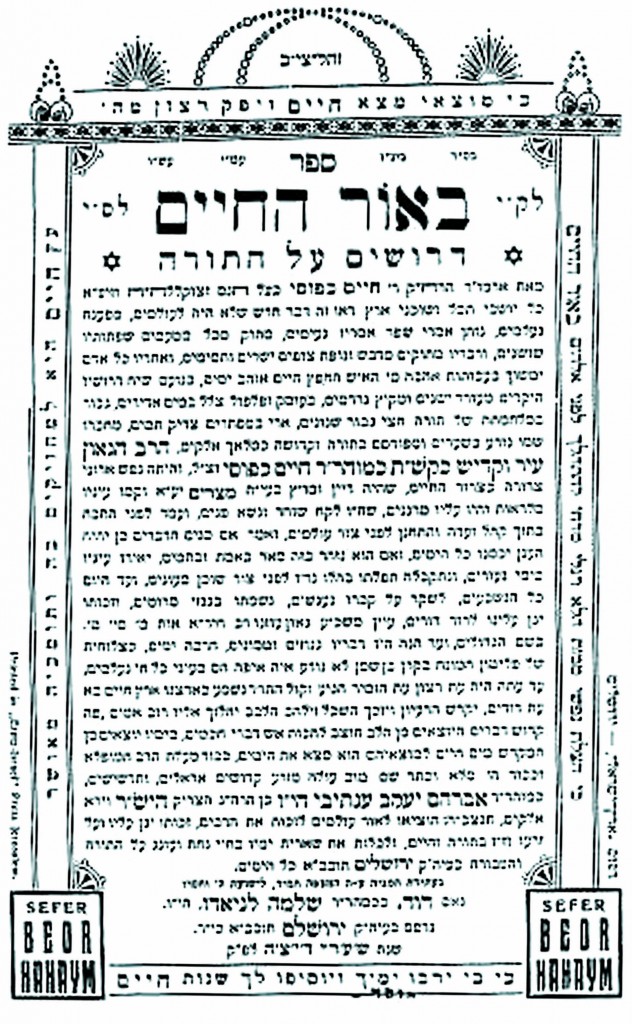 In 5703/1943, Jews in the Warsaw ghetto mounted their first resistance to the Nazi effort to liquidate them. The Nazis retreated, only to return three months later when the Warsaw uprising started.

Harav Chaim Kapusi was born c. 5300/1540 in Algiers. His father was Harav Yitzchak, zt”l. In his early years the family moved to Egypt, where he learned in the yeshivah of Harav Yosef Beirav.

Rav Chaim came to be one of the noted talmidei chachamim in Egypt, and his rulings in halachah were accepted all over. Many Rabbanim asked his opinion in she’eilos, to which he replied with written answers.

Rav Chaim was well versed in both the revealed and the secret Torah. He was especially close to Harav Yosef Baguilar, who studied with the Arizal in Tzfas. This closeness brought him into contact with the Gurei Ari, the talmidim of the Ari, so that he is counted among them.

Rav Chaim Kapusi was renowned as a miracle worker, most notably because of a certain incident. He served as a Dayan in Egypt. Once, a psak in a particular case caused certain people in the community to question his ruling. They were convinced that he was in error and began talking about him behind his back. “Surely Rav Chaim must have accepted bribery,” they said. Shortly afterwards Rav Chaim became blind. This was proof of his guilt, they claimed, since the Torah says, “bribery blinds the eyes of the wise.” He was thus being punished justly.

These aspersions reached the ears of Rav Chaim. He davened to Hashem with all his heart, begging Him to remove this shameful stigma. One day he declared, before the entire community, that people’s suspicions were false and unfounded. “If it is true that I accepted bribery,” he exclaimed, “then let me continue to be blind until the day I die. But if the allegations are false, let Hashem restore my eyesight!”

To the amazement of the kehillah, Rav Chaim’s sight was suddenly and miraculously restored. He addressed all those surrounding him by name, to show that his vision had indeed returned. From then on, Rav Chaim signed his name “Hashem Nissi, Chaim Kapusi,” to commemorate this great miracle.

Thereafter, the people accepted every word of his rulings and many flocked to him for brachos.

Rav Chaim wanted to settle in Eretz Yisrael, but this plan never materialized. He was niftar in Egypt at the age of 91. He was buried in the Jewish cemetery of Cairo; his kever is still visited today. The Chida wrote over 100 years after his petirah that “to this day, whoever swears falsely upon his grave is punished.”

In 1498, during his third voyage to the Western Hemisphere, Christopher Columbus arrived at the present-day Caribbean island of St. Vincent.

In 1771, Spain ceded the Falkland Islands to Britain.