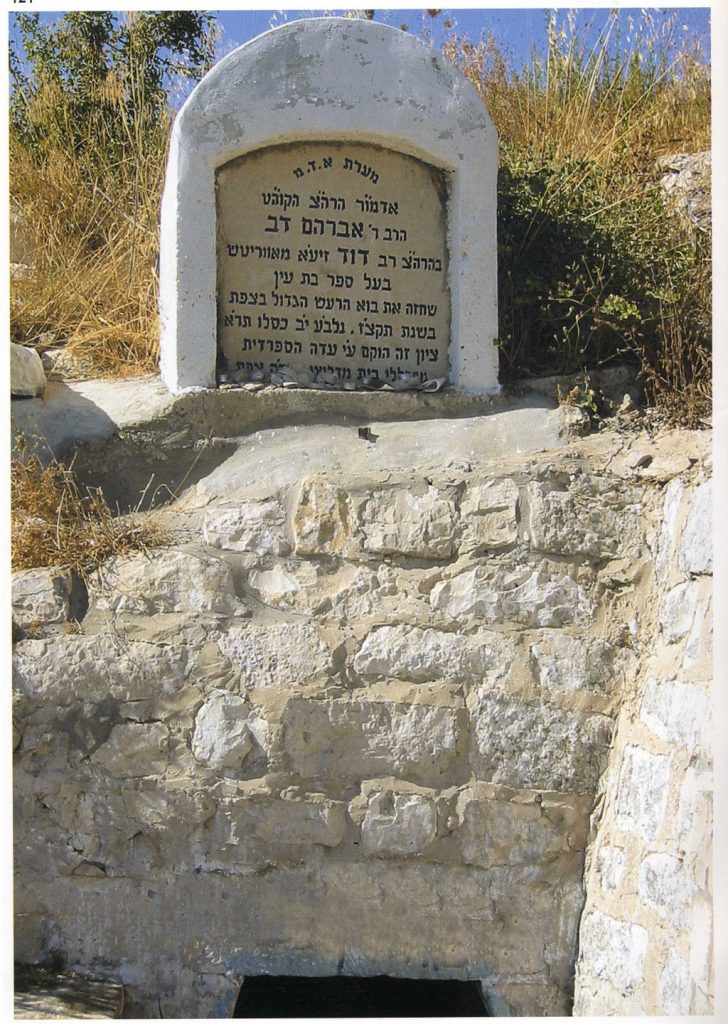 Harav Avraham Dov Auerbach was born in 5525/1765 in the Ukrainian town of Chmielnik to Harav Dovid, a maggid there. He became a talmid of Harav Nachum of Chernobyl, zy”a, whom he considered the main influence in his life.

He was the son-in-law of Harav Nassan Nota, zt”l, the Rav of Avritch. After his father-in-law’s petirah, he became the Rav of Avritch and served in that capacity for 40 years. Afterwards, he became Rav in the much larger Ukrainian town of Zhitomir, where he attracted many chassidim.

Finally, in either the year 5590/1830 or 5591/1831, at the advanced age of 70, Harav Avraham Dov decided that the best way to further his spiritual advancement was to leave all his chassidim and begin life anew in Eretz Yisrael. After his arrival there, he became the leader of the chassidim in Tzefas. His beis medrash was right next to that of Harav Yisrael of Shklov, zt”l, the Pe’as HaShulchan, talmid of the Vilna Gaon, zt”l. Despite their ideological differences, a close friendship developed between the two. Rav Avraham Dov was revered even by the local Arabs as a holy man.

On 24 Teves 5597/1837, an earthquake struck between Minchah and Maariv while Harav Avraham Dov was in his beis medrash. He shouted to everyone present to stand close to the aron hakodesh, promising that if they did so they would be saved. A moment later the ceiling fell in — except for the place where Rav Avraham Dov had urged everyone to take shelter. A seudas hodaah was held at that spot every year.

A year later, on the earthquake’s first anniversary, Harav Avraham Dov announced that no earthquake would ever shake Tzefas again.

In 5601/1840, a terrible plague broke out in Tzefas. When Harav Avraham Dov fell ill, he announced that his petirah would be atonement for the town; he would be the plague’s last victim.

Rav Avraham Dov was niftar on 12 Kislev, 5601/1840, and as he had predicted, the plague stopped immediately.

He was buried in a me’arah of great Chassidic leaders that lies not far from the kevarim of the Beis Yosef and the Alshich.

Many people daven there today.

Although Harav Avraham Dov wrote his famous sefer, Bas Ayin, while he was still in Europe, he refused to print it until it was exposed to and refined by the air of the Holy Land.

This sefer is built on the tenets of Chassidus as taught by the Chernobyl dynasty, and is considered a basic Chassidic work.

In 1939, the Winter War began as Soviet troops invaded Finland. (The conflict ended the following March with a Soviet victory.)