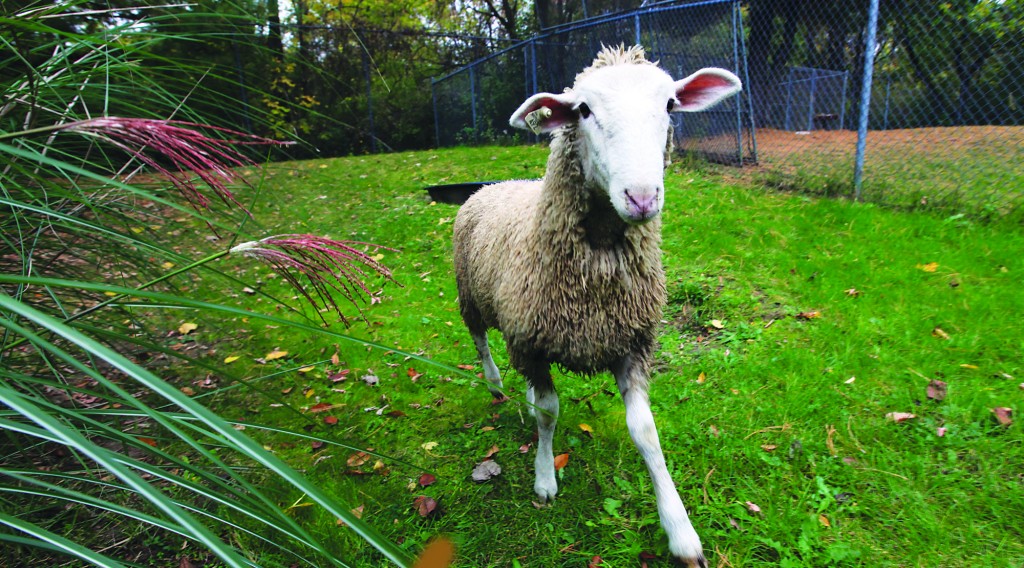 SAINT JO, Texas (AP) — An off-road racing enthusiast has survived being struck by lightning twice during the same storm in North Texas.

Casey Wagner said Sunday that doctors told him a tingling feeling would last for about a week.

KTVT reports Wagner was at an off-road competition in Saint Jo, 85 miles northwest of Dallas, when storms arrived.

The 31-year-old Wagner was under a tree when he was hit by lightning. He dropped to his knees and then was struck again. Wagner says he saw sparks during the strikes.

A nurse who happened to be nearby cared for Wagner until he was taken to a hospital, where he was treated and released.

VIENNA (AP) — Austrian police are seeking witnesses to an unusual theft — of huge amounts of grass, mowed secretly from a farmer’s field.

A police statement says the theft occurred around Liebenfels, a village about 120 miles southwest of Vienna. It says a farmer reported his field mowed and the grass gone on Monday.

Police say the grass went missing sometime in the last three weeks, but the farmer noticed it only Monday because the field is at some distance from the rest of his property. They say the owner estimates its worth at around 3,000 euros (more than $4,000) as fodder.

DETROIT (AP) – A sheep that made a surprise visit to a Detroit auto collision shop is getting a new home at a Michigan animal sanctuary.

The animal showed up at Nortown Collision & Glass Co. on the city’s east side on Tuesday, darting through an open door and running around for about 20 minutes before workers corralled the animal. The sheep, which may have been destined for slaughter, was okay.

The Detroit Free Press and The Detroit News report it was taken Wednesday to a Michigan Humane Society facility. Group spokesman Ryan McTigue says the sheep will be “living the good life” at the Sanctuary and Safe Haven for Animals Farm in Manchester.

Detroit Police Sgt. Michael Woody said: “He got away. He deserves his life.”

WENATCHEE, Wash. (AP) — Fire officials say a dog reaching for treats turned on a stove and started a fire, causing smoke damage to an apartment in the central Washington city of Wenatchee.

Wenatchee Fire Marshal Mark Yaple tells KPQ radio that it appears the black Labrador was reaching for a bag of dog food left on a stove top when it turned on the stove with its paw.

Yaple says the residents were not at home when fire crews arrived.

He says emergency crews were able to resuscitate the dog. Damage was estimated at $10,000.

SCOTTSDALE, Ariz. (AP) — Ice cream trucks have been frozen out of Scottsdale, Ariz., for decades, but a 16-year-old girl is the first to benefit from a recent thaw.

The Phoenix high school student is the owner of Leo’s Ice Cream, whose previous owner led an effort to overturn the ban.

Kirsch told The Arizona Republic that she’ll balance ice cream duties with her school work and other extracurricular activities.

Some residents had opposed ice cream trucks, saying they would lead to more accidents involving children and more strangers on city streets.

But the Scottsdale City Council approved an ordinance in April allowing the trucks back on the Phoenix suburb’s streets.

LONDON (AP) — Creepy crawlies, in the form of a venomous spider infestation, has forced a school in Britain to close.

The Dean Academy, a secondary school in southwest England’s Gloucestershire, said it was closing Wednesday to get rid of the false widow spiders. The spiders are commonly mistaken for their relative, the black widow spider, whose bite can be fatal.

The school said no one has been bitten by the spider but local health authorities have advised it to close for the day to deal with the infestation.

Experts say the Steodata nobilis, a species of the false widow, are becoming more common in the U.K. and are the most dangerous of the 12 species of biting spiders known in Britain.

But they stress that spider bites are rare in Britain, and in most cases the symptoms are mild. The spider’s bite may sting, swell up or cause discomfort like a wasp sting, but has not been known to cause deaths.

“They’re not aggressive spiders, they don’t seek out humans,” said David Lalloo, a professor at the Liverpool School of Tropical Medicine.

“Most people won’t get much of a reaction. Some people may feel a bit unwell for a day or two, but that’s very rare,” he said.