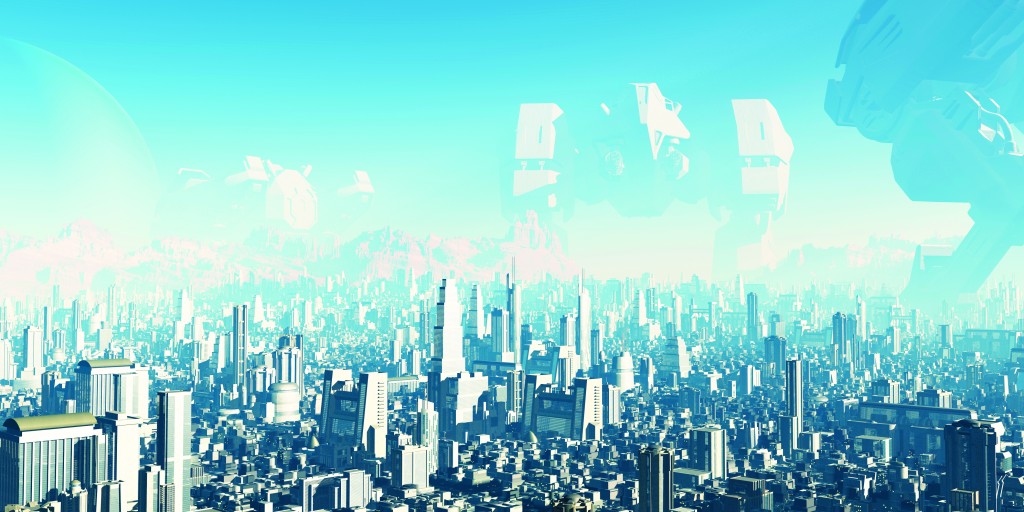 It’s been just over 70 years since the single most destructive weapon ever known to mankind was used to end World War II — and jump start the Cold War — with the bombings of Hiroshima and Nagasaki. Since then, the proliferation of nuclear warheads has been the single greatest global threat to humanity. Indeed, the recent Iran nuclear agreement tumult has reminded us all just how significant the nuclear discussion — and more so, the threat of warheads in the hands of warmongers — remains.

Ironically, as world powers somersault around nuclear and conventional crises, a whole new range of global threats to humanity are emerging — not from terrorist enclaves or tyrannical regimes, but from Silicon Valley. Well, perhaps not from the Valley itself, but from the technological advancement it represents.

What am I talking about?

There are two categories of industrial development that, based on both the current state of technology and that of the foreseeable future, will eventually represent major areas of concern to the world: computing (information technology) and genetics (biotech).

We may think of computing as our domain, our personal wellspring of the newest and fastest computers, phones and data. We primarily think of how it serves us — with communication, monitoring our health, arranging transport — without considering the threat of the coming advancements in AI (artificial intelligence).

In an underreported news story from just a few months ago, major scientists (such as Stephen Hawking and Stuart Russell) and industrial developers (like Elon Musk of Tesla and Steve Wozniak, the original “brain” behind Apple) warned in an open letter[1] against the dangers of “autonomous weapons.” They explained:

“Autonomous weapons select and engage targets without human intervention. They might include, for example, armed quadcopters that can search for and eliminate people meeting certain pre-defined criteria, but do not include cruise missiles or remotely piloted drones for which humans make all targeting decisions. Artificial Intelligence (AI) technology has reached a point where the deployment of such systems is — practically if not legally — feasible within years, not decades, and the stakes are high: autonomous weapons have been described as the third revolution in warfare, after gunpowder and nuclear arms.”

As weapon systems become increasingly artificially intelligent, the possibility of a dystopian future with out-of-control machines waging war independently of their humans becomes ever more possible. Government conventions alone cannot guarantee regulated production and use of such weapons, since — unlike chemical warheads or nuclear arms, which require considerable trackable preparatory activity — these autonomous weapons will be so inexpensive to produce that anyone with a basement, spare time, parts, and the will to succeed will be able to contribute to an artificially intelligent weaponized globe. The catastrophic potential consequences of AI are obvious.

Anything to do with weapons getting into the wrong hands has been, and will continue to be, an obvious universal concern. Less obvious — but no less threatening — are the latest advancements in the field of genetics. Of course, the ethical questions surrounding the cloning of living beings have long been debated. Of late, however, great concern revolves around use of the CRISPR (Clustered Regularly Interspaced Short Palindromic Repeats) gene to “edit” problematic parts of DNA structures. Geneticists[2] have been able to target parts of the DNA structure in the past; however, using CRISPR, researchers have an incredibly accurate gene-editing tool capable of targeting the precise string of nucleotides from among millions it needs to cut to make a specific genetic alteration, and is then able to employ synthetic RNA to perfectly seal the cut created in the genetic structure.

The benefits of the CRISPR application have led to major breakthroughs in the study of genetic diseases (how they form, and therefore where and how they can be targeted), for fighting infections (by targeting and replacing defective genes) and in agriculture (with the creation of Genetically Modified Organisms: for example, a geneticist in China was able to create mildew-resistant wheat by deleting three copies of a single problematic gene).

Geneticists are aware, though, that along with all of the amazing possibilities come the downright terrifying: genetically modified humans. Geneticists can get into an unborn child’s DNA and “delete” genetic diseases. But they can also go in and start playing with eye, hair and skin color for starters, and with the functional identification of more genes, the “modifications” can become so advanced that they’ll be able to produce a “scientifically perfected human” — or a “Designer Baby.”

Essentially, between computing and genetic techno-progression, we’re looking at a not-too-distant future in which earth is filled with automatons. The dangers are readily apparent. And while ethicists are sounding the alarms, if history is any example, it’s impossible to contain human progress, for better or for worse.

Luckily, there’s another recent “discovery” that should serve to ease our futurist anxieties: a recent experiment[3] by physicists at Delft University of Technology in the Netherlands showed how two objects — in this case photons — can interact (affect) with each other at any distance, no matter how far. This finding is important because it unravels two of the formerly bedrock principles of classical physics: locality (“physical influences do not propagate faster than [the speed of] light” and therefore sub-atomic particles are affected “locally” by other particles within direct physical reach) and realism (“physical properties are defined before, and independent of, observation”).

If the Delft University experiment is concrete proof of its hypotheses that a) two particles at opposite ends of the universe can randomly affect each other, b) a particle can occupy two places at the same time, and c) physical form is defined only when measured, it confirms the cause for Einstein’s well-known fear that “G-d doesn’t play dice with the universe.” Einstein, however (and with all due respect), considered that any calculation (that dictates the order of the physical universe) which isn’t graspable to or calculable by man — is random, and akin to “G-d playing dice,” because as far and wide as he could imagine the physical universe, he could not wrap his giant mind around (— or, more likely, he didn’t enjoy accepting the ramifications of — quantum theory, which ultimately describe) the Infinite Nature of Hashem. Quantum mechanics proves that, despite our best attempts to nail down reality as we see it, the world is a single, united mass, with the core physical property of “randomness,” or incalculable infinitude. If anything, quantum theory doesn’t describe a G-d Who plays dice, l’havdil, but rather that if the entire physical universal material represents infinite possibilities (the ability to be anywhere, anytime, in any form), and Hashem is[4] “the Knower, the Knowledge and the Known,” there is, in fact, nothing whatsoever random about quantum mechanics. Jews know quantum theory as hashgachah pratis, but science is only beginning to confirm what we’ve always believed.

So what’s my point?

That despite all of the scary threats of today and tomorrow, the fact that a blob of particles can be affected by energy emanating from the far reaches of the universe clarifies that we are indeed very close to experiencing the full fruition of the age-old promise, “For the earth shall be filled with the knowledge of the glory of Hashem as water covers the seabed” (Chavakuk 2:14). It seems to me that in this era of mass communication, a globalized society, autonomous weapons, artificial intelligence, genetic mutations and quantum mechanics, we are in the true Information Age. We are just waiting for the final discovery to take hold, which is for all to recognize just how infinitely unified all of this “information” really is.