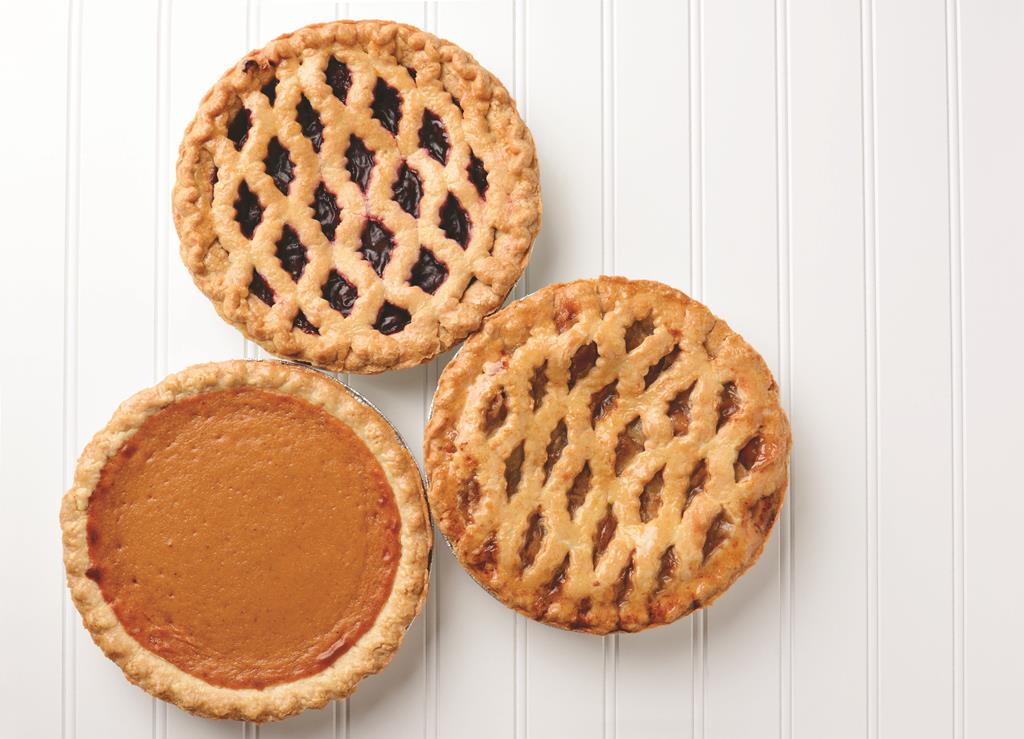 Instead of mindlessly diving in and ignoring the repercussions … keep your head about you. Choose wisely, and you can have your treats and still feel good in your clothes. Here are some simple swaps that add up to many calories saved.

Unwrap a peppermint stick instead of a chocolate bonbon and get a sweet treat with fewer calories and none of the saturated fat. Plus, if you can resist crunching into it, a candy stick lasts longer.

Go for a pumpkin-spice latte with skim milk (195 calories).

When you stop for a shopping break, get a 12-ounce pumpkin-spice latte, which has the same seasonal taste and aroma as a hunk of pumpkin bread, with less than half the calories. On top of that, the drink gives you milk’s filling protein and essential nutrients. Just remember to skip the whip.

3. Instead of crackers with cheddar cheese (293 calories)…

Soft cheeses such as chèvre and feta naturally have about two-thirds the calories and fat as hard cheeses such as cheddar. If you spread some on fresh fruit slices instead of crackers, you save even more calories, and gain flavor and fiber.

4. Instead of potato chips with onion dip (260 calories in 1 ounce of chips, 2 tablespoons of dip)…

Go for vegetables and guacamole (48 calories in 1 cup of celery and 2 tablespoons of avocado).

Dips are ideal party starters. Instead of fried chips and a sour-cream-based dip, use vegetables to scoop up much more healthfully creamy guacamole. You save a couple hundred calories swapping out a mere ounce of chips and two tablespoons of dip. Most people easily eat twice that in the course of the night.

Of course, nuts in their jackets are lower in calories than the same volume already shelled; there are fewer nuts in the handful. But chances are you will feel equally satisfied with that smaller portion because the shells slow you down, allowing your brain to register the food before you swallow the whole fistful.

Thanks mainly to its double pastry crust, apple pie packs a much bigger calorie wallop than the open-faced pumpkin pie.

7. Instead of hot cocoa with whole milk and whipped cream (320 calories)…

A steaming cup of cocoa is a must after sledding or snowman-building. Make it with one percent milk for a more healthful treat that is still nice and creamy. Instead of whipped cream, top it with a few mini-marshmallows just for the fun of it. They have just 2 calories each.

(Calorie counts are based on an analysis of data from ESHA Food Processor, a diet analysis and fitness software tool, using nutrition labels on product packaging and web sites.)