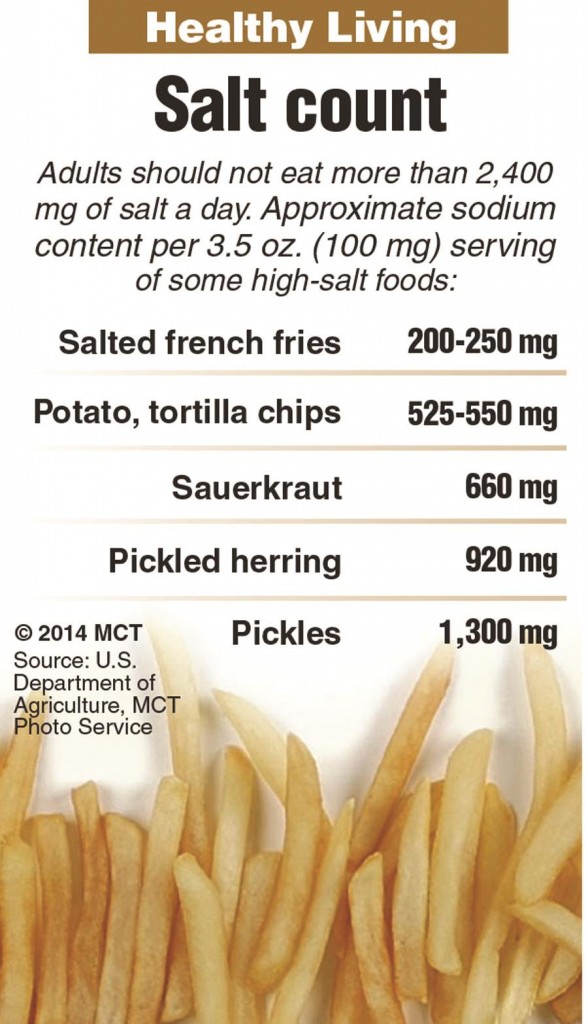 Virtually every adult on the planet consumes too much salt, Tufts University researchers have determined, with an average of 3.95 grams of sodium consumed per person per day — nearly double the two grams daily recommended by the World Health Organization.

The taste for soy in Asia, stews in Eastern Europe, and bread and processed food in the United States leads to 1.65 million deaths annually from diseases attributable to excess sodium consumption, a major cause of high blood pressure the world over, according to a study published Thursday in the New England Journal of Medicine. Forty percent of those deaths occurred before age 70, and 84 percent were in low- and middle-income countries.

In 181 of 187 countries for which data was available, adults consume too much sodium, the researchers concluded. Adults in only a handful of African nations — notably Kenya, Cameroon and Gabon — were able to keep their sodium consumption below the recommended level.

Nearly 10 percent of all deaths from cardiovascular causes were attributed to excess sodium intake. “One in 10 is quite large,” said Dariush Mozzafarian, dean of the Friedman School of Nutrition Science and Policy at Tufts University, who led the research. He noted the “enormous rates of stroke in China, Eastern Europe and Central Asia.”

Reduction of sodium intake leads to lower blood pressure and may result in fewer deaths. “What needs to be done is to have a national, coordinated policy” on salt in food for the United States, Mozzafarian said. The U.S. Food and Drug Administration has said it plans to work with the food and beverage industries to voluntarily reduce salt levels, an approach that has shown some success in Britain, Mozzafarian said. Consumers need to “stand up and ask the government to do something about sodium in the food supply.”

In contrast to the recommendations of the WHO, the American Heart Association and other groups, a large study in the same edition of the New England Journal of Medicine reported that consumption of three to six grams of salt a day was associated with “a lower risk of death and cardiovascular events than was either a higher or lower estimated level of intake.”

The study suggested that people who consumed fewer than three grams of sodium daily faced a 27 percent higher risk of death or a heart attack or stroke, underscoring the degree to which the proper amount of salt intake remains a controversial subject.

The Tufts researchers collected information on salt intake in 66 countries that account for 74.1 percent of the world’s adult population and modeled it for the rest. They estimated that regional average sodium consumption ranged from a low of 2.18 grams to a high of 5.51 grams, with the greatest salt consumption in Eastern Europe and Central Asia.