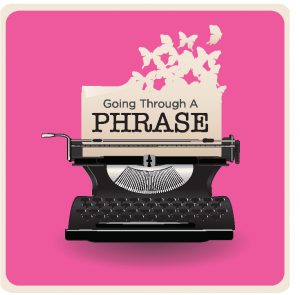 There I was, minding my own business. (Actually I was minding somebody else’s business — editing an article. But that’s my business.) Suddenly, something jumped out at me. It wasn’t even a word. It was just a little hyphen. Not so dashing, but it drew a line.

The writer had hyphenated “counter-intelligence.” Following AP Style, I removed the hyphen. Then I double- (and triple-) checked and found that the Oxford English Dictionary used the hyphen, but its American offspring removed it, and defined counterintelligence: “activities designed to prevent or thwart spying, intelligence gathering, and sabotage by an enemy or other foreign entity” (the New Oxford American Dictionary).

My first thought was that today there are people in government who are so stupid, they should be working in counterintelligence.

How and when did intelligence — “the ability to acquire and apply knowledge and skills” — come to mean “the collection of information of military or political value”?

As a child of the ’60s, I felt this must be a product of the spy-vs.-spy world of the Cold War. But gut feelings often need antacid. So I looked it up.

The OED includes this definition of intelligence: “Knowledge concerning events communicated by or obtained from another; information, news; specifically information of military value.” And it cites a source from Middle English, from an uncertain date before 1475. Don’t ask me what it means, though. In Brooklyn we don’t do Middle English. These days you’re lucky to hear any English in Brooklyn.

Somehow, a term of the intellect took a sharp turn into the world of espionage.

I asked the Wall St. Journal’s lingwizard Ben Zimmer if he had written anything about this. He hadn’t, but he kindly supplied a missing piece of the puzzle:

Zimmer said that a “quotation that appeared in the OED2 entry (but was removed in the OED3 revision) might be helpful in understanding the development of the modern espionage sense of the term, which became more formalized in World War I.”

The removed OED entry said, “1925 Fraser & Gibbons Soldier & Sailor Words 125 ‘Intelligence,’ i.e. information of military value. The use of the word as a military technical term dates from the 16th Century, but in the War of 1914–18 it was used to denote specially the department of the General Staff dealing with information.”

(Conspiracy theory: Why was that quotation removed? Was there some collusion? Why isn’t Her Majesty’s Secret Service looking into this?)

In 1996, William Safire asked readers what comes to mind when they hear the noun intelligence?

“Brains? Wit? Perception, understanding, ability to figure things out, to reason abstractly? If that’s your first reaction, you are in the center of six centuries of the meaning of the word, and may be using it as an attributive noun to modify tests and quotients. You are also behind the times. The sense that has more frequently sprung to mind in this generation deals with ‘the gathering and evaluation of information, especially about an enemy.’”

Safire traced this to the Latin root, legere, meaning “to select, gather, catch with the eye.” It’s related to elegant, legend, and “none more elegant or legendary than intelligence in its sense of data drawn by derring-do.”

In his sourcing, Safire skipped to the 16th century with “intelligencer as a synonym for ‘spy.’” And he cited the historian Abraham Fleming who, in 1587, praised the Queen’s “intelligences from her ambassadors.”

By the 20th century, intelligence took on a business management sense of data-gathering and strategy. Follow the money.

I’m not the only one struggling with a definition. On the official CIA website, Dr. Michael Warner of the CIA History Staff wrote, “Wanted: A Definition of ‘Intelligence’: Understanding Our Craft.”

Warner frankly admitted, “I have to wonder if the difficulty … resides more in the slipperiness of the tools than in the poor skills of the craftsmen or the complexity of the topic. Indeed, even today, we have no accepted definition of intelligence. … Without a clear idea of what intelligence is, how can we develop a theory to explain how it works?”

To fully understand the cloak-and-dagger world of intelligence, perhaps this story will help.

A top level CIA handler sends an officer on a mission so perilous that he is given a poison pill to commit suicide if anything goes wrong.

He is sent to an address in Yugoslavia to meet with an agent named Goldberg and give him the code message, “The sun is shining.”

The officer gets to the address, only to find that there are two Goldbergs in the building. Frantically, he knocks at the first door and asks, “Mr. Goldberg?”

The man stares at him and says, “Sure. What is it you want?”

“The sun is shining.”

“Oh … you want Goldberg the spy on the fourth floor.”