Columns Nutrition Soy, Oat, Almond, Coconut? How to Find the Healthiest Milk for Your Needs.
Nutrition 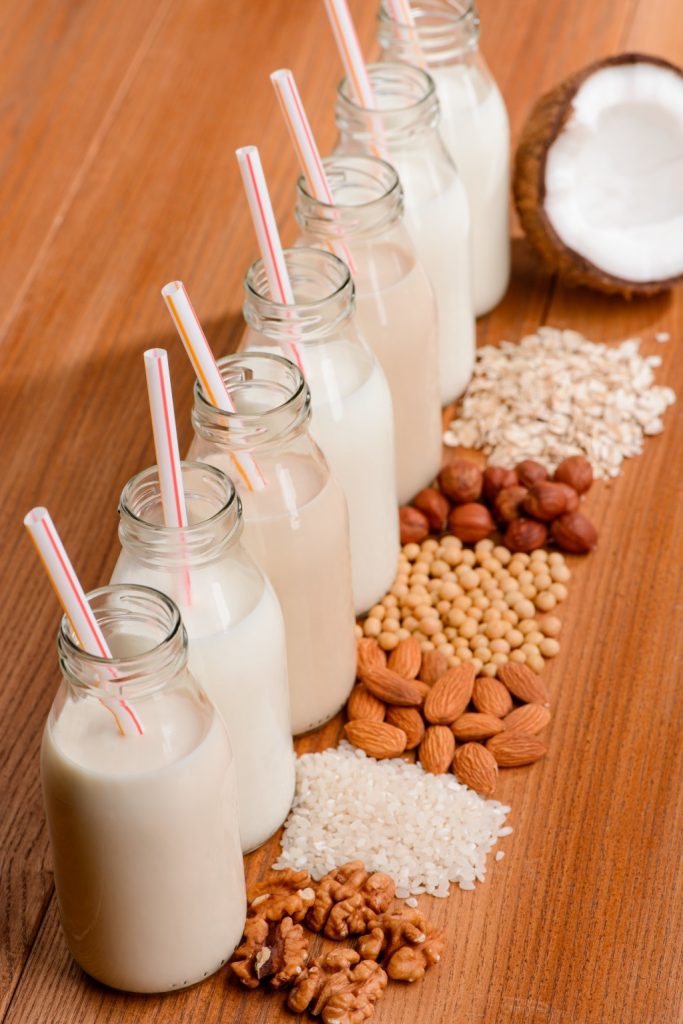 While cow’s milk has been a controversial staple in the American diet for generations, it didn’t have any serious competition until the past decade. Keep in mind, though, that cow’s milk alternatives have drawbacks of their own.

“many of these milks, like oat, rice, and almond milk, require things to be added to make them smoother, emulsified, so they’re more even [in consistency] and more like the milks you’re used to,” says Ilene Fennoy, a pediatric endocrinologist and specialist in nutrition.

To approach the nutritional punch of cow’s milk, they also need to be fortified with calcium, vitamins and minerals, as commercial versions are. But beware: “While fortified with calcium, this calcium may not be as well-absorbed by the body,” says Natalie Allen, a registered dietitian and clinical instructor of biomedical sciences for Missouri State University. “The calcium can also settle in the container; thus, consumers are not getting as many bone-building nutrients as they think.”

Allen suggests you consider a milk’s protein content (better if high), sugar level (better if low) and fortification (it should have it). “Consider any additives in the ingredient list, too,” she says, including emulsifiers and stabilizers such as xanthum gum, carrageenan or sunflower lecithin. Some of these may irritate the gut or cause inflammation.

With the above advice in mind, let’s look at the specifics of some alternative milks:

Soy milk is on the creamier side among dairy alternatives (although some find it chalky), and it clocks in at about seven to 12 grams of protein per cup. At 80 calories per cup, soy milk contains around 3 grams of fat (just 0.5 grams of saturated fat) and 1 gram of sugar. There have been concerns about the effect of soy on thyroid function and hormone levels.

A more recent legume option is pea milk, with a mild, somewhat earthy taste. “I like it a lot because it actually has seven to 10 grams of protein per cup,” Jessica Cording, a dietitian and integrative health coach, says. It’s also “versatile,” and typically well-received among most palates.

“It’s free of dairy, soy, nuts and gluten,” she says. “The protein is equal to dairy milk. It’s also lower in sugar and contains all nine essential amino acids.” Anyone allergic to soy or nuts should check brand labels to make sure the milk is not produced in a plant that also produces items with those ingredients.

“Hemp milk is a good option for those who cannot consume nuts, dairy, soy or gluten,” says Allen, and it’s creamy and thick.

Allen notes that hemp milk is an excellent source of healthy fats and magnesium but lacks the calcium and vitamins D and B12 of other options. There’s a little bit more protein at 5 grams per cup, around 100 calories and relatively high sugar (9 or 10 grams).

Its shining point: Cording says hemp milk, which has a slightly nutty flavor, also “has that ideal omega-6 to omega-3 ratio of 3:1, which is beneficial for brain and heart health.”

Flax is another nutty-tasting option, at about 25 to 60 calories per cup, just about 2.5 grams of fat (negligible saturated fat) and minimal sugar (zero grams if you buy unsweetened).

This alternative is “generally similar in nutrition to nut-based milks,” according to Sharon Collison, a registered dietitian and instructor of nutrition at the University of Delaware, but creamier. While flax milk is not a great source of protein on its own, there are now versions on the market that are enriched with pea protein and “provide eight grams of protein per cup,” says Collison, along with those heart-healthy omega-3s.

Collison says rich, creamy oat milk has a widely enjoyed texture and is a decent all-around alternative to dairy milk that’s very allergen-friendly. However, it only has 3 grams of protein per cup, along with 120 calories, 2.5 grams of fat and 7 grams of sugar.

Because oat milk is generally flavored, Allen says it’s higher in carbs and sugars, which is a con. “But oat milk has no cholesterol and is low in fat, so it’s good for heart health,” she says. “Additionally, it has more fiber than many other types of milk. It’s a good alternative in cooking, particularly in sweeter items that call for milk, such as muffins and quick breads.”

Rice milk, another grain-based option, is on a similar plane. Some may like its sweeter taste, containing around 120 calories, 13 grams of sugar, 2 grams of fat and less than 1 gram of protein. “It is naturally sweeter than other types of milk, but low in protein and high in carbs,” Allen says. “People with diabetes should avoid it.”

“The biggest problem is the very low protein, and concern over the arsenic in rice,” Cording says. “If it is your day-to-day diet, it could potentially add up over time, so a lot [of consumers] have moved away.”

Milks made from almonds and coconuts (which are technically drupes) are a couple of the most common, versatile dairy alternatives out there. People tend to find their slight almond or coconut flavor fairly pleasant compared with other plant-derived options, as well — but they aren’t exactly nutritional powerhouses.

Collison, for instance, sees almond milk more as a solid beverage choice, coffee additive or smoothie ingredient if you’re trying to keep your calorie count in check. “It’s best as a low-calorie beverage — unsweetened almond milk has about 30 calories per cup,” she says. “It is much too low in protein to be a true substitute” for dairy milk, at 1 gram of protein.

Among its pros, unsweetened almond milk is lower in carbs and sugar than a lot of other options, and is a good source of polyunsaturated fats and vitamins A and E. Unsweetened varieties have no sugar and just 2.5 grams of fat.

“Think of it as a substitute for cream, not necessarily the best option for drinking. Better for cooking.”