So What Is Chanukah? 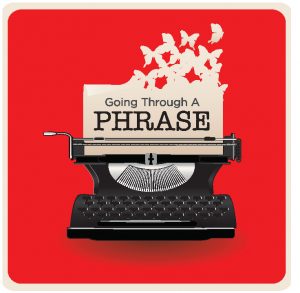 When my son Meilech was in his early single digits (I’m not good with numbers), his sisters celebrated birthdays in close succession. Feeling left out, Meilech asked, “When is my birthday?”

He mulled it over and asked, “What’s Chanukah?”

I was pretty sure he wasn’t discussing the Gemara in Shabbos (21b), where the Sages ask the same question. So I followed another Jewish tradition and answered his question with a question:

“What do we light on Chanukah?”

He mulled that one over too. Then he said, “The harmonica?”

So I pulled out my mouth harp and we went through a few choruses of Maoz Zur.

It is interesting, though, that the Gemara would ask “What is Chanukah?” Without getting into a Talmudic dissertation here, Rashi explains that the question should not be taken literally. The context is right in the middle of discussing the laws of Chanukah. So clearly, this isn’t Chanukah 101.

Rashi explains that the Sages were asking, of all the miraculous events of Chanukah, which is the central miracle we celebrate? In answer, the Gemara goes into the history of Chanukah and the miraculous tiny cruse of oil that had enough for one day, yet lasted eight days.

A digression: I’ll bet a box of gold-foil-wrapped chocolate coins that unless someone read about Chanukah, he never heard the word “cruse.”

Cruse has nothing to do with people who spent a fortune to wind up eating contaminated food on a luxury boat whose plumbing system went kerflooey.

No, I didn’t make that up: “kerflooey (adj.) … crazy, chaotic, disorganized … to go to pieces, to break down” (Green’s Dictionary of Slang). And I don’t know it from Green’s; I know it from mid-20th-Century Brooklyn.

The Oxford English Dictionary (OED) defined cruse, “A small earthen vessel for liquids; a pot, jar, or bottle; also a drinking vessel.” But OED went on to say “the etymological history is uncertain.” Even the pronunciation varies. In British, you get both krus and kruz. But in the U.S., it’s kruz.

Outside of medievalists and readers of seafaring tales, the only ones who seem to use the word cruse are those telling the Chanukah story, and feel compelled to use a word that sounds archaic.

So let’s make it a small jar. But why did the Talmud choose to tell the story of the small jar with a day’s worth of oil that lasted eight days?

What about the miraculous victory of a small band of Torah scholars overcoming the forces of the world’s greatest empire? That’s pretty impressive, wouldn’t you say? Definitely a five-latke victory!

I was just about to take off from that last line and go gastronomic rather than Talmudic and “prove” the centrality of the oil miracle by applying the Latke Law: the custom of eating oil-laden foods on Chanukah is in direct proportion to the significance of the miracle of the oil.

Then I realized I was jumping out of the frying pan and into the cheese casserole. There’s another delicious custom — to eat dairy foods on Chanukah. That custom commemorates the culinary and carving arts of Yehudis, sister of Yehudah the Maccabee — and how the Syrian-Greek general Holofernes lost his head over cheese and wine.

A well-read Rabbi familiar with the situation told me, on condition of anonymity, that the Greeks are trying to get us to switch from latkes to yogurt. Other sources say they are trying to get us to switch from sour cream to yogurt on our latkes, to cut down on cholesterol. But a nephew of mine in Yerushalayim said his grandfather zinged it to a doctor who told him his cholesterol count is too high. “Cholesterol is a modern thing. In Europe we didn’t have cholesterol.”

Still, I find it interesting that the Gemara phrased its question about the miracle, “What is Chanukah?”

To me that suggests a mystery behind the story and the very word “Chanukah.” It’s not mentioned in Tanach; Chanukah came after Tanach. And it’s barely mentioned in the Mishnah.

So, what is Chanukah? Literally, it means the Chanukas haBayis — the rededication or inauguration of the Temple. (The phrase chanukas habayis also means a housewarming.)

After the victory, the Maccabees rededicated the Holy Temple. The Rambam adds that Chanukah alludes to chanu — they rested, and kah — an acronym for the Hebrew letters chaf and heh, whose Gematria (science of the numerical values of Hebrew letters) adds up to 25. It was on the 25th day of Kislev that the Jews rested from their battle and inaugurated the Temple.

In a Dry Bones cartoon, Yaakov Kirschen had a Rabbi telling a little girl the miracle of Chanukah. But the spelling changed in each panel: Chanukah, Hanukka, Hanuccah. And the Rabbi concluded, even though Chanukah “brings us together, we’ve never agreed on how to spell it.”

Originally published in the December 21, 2016 Hamodia.