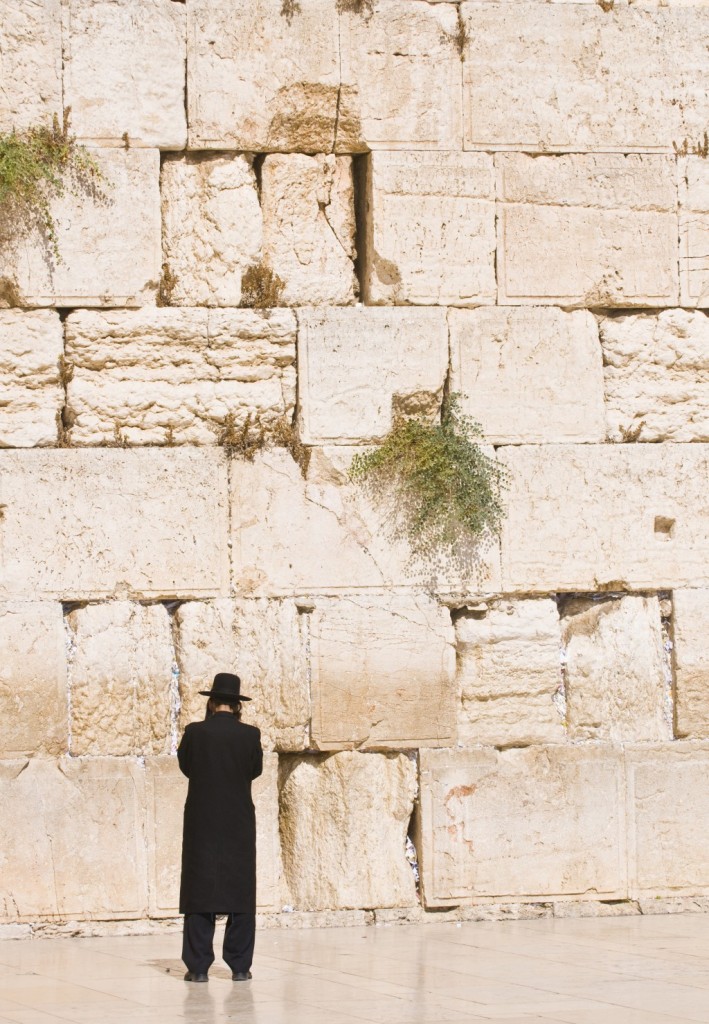 The passuk states: “Kol rodfehah hisiguhah bein hametzarim,” which translates as “all her pursuers overtook her in narrow straits” (Eichah 1:3). The Midrash explains that “bein hametzarim” is a reference to the time of year between the 17th day of Tammuz and the 9th day of Av, which is when Klal Yisrael has suffered tremendously from “all her pursuers” throughout the generations. Many of the tragedies that have befallen us have occurred at that time.

Seeing beauty in these words, the Maggid of Mezeritch, in sefer Avodas Yisrael, Parashas Masei, enlightens us that “kol rodfehah hisiguhah” — “all her pursuers overtook her” — means that anyone who pursues Hashem during this season can become especially connected. This is when Hashem is nearer to us, and especially accessible. The moment of suffering is when Hashem is close, and if the person pursues Him at that time, he will be successful.

The Midrash in the beginning of Eichah (1:2) tells us: “There was a woman who lived in the neighborhood of Rabban Gamliel whose young son passed away. She would cry over her loss through the night. When Rabban Gamliel would hear her weeping, he would remember the destruction of the Beis Hamikdash and cry along with her.”

The Midrash gives many details to explain this tale, and from every word and description we can learn volumes. What connection did Rabban Gamliel see between the passing of the child and the destruction of the Beis Hamikdash? How did the woman’s weeping trigger those feelings of despondency in Rabban Gamliel? Why did the Midrash write this down for us today, so many years later? What can we practically learn from this (since we are, after all, far from understanding the destruction of the Beis Hamikdash)?

Harav Gifter explains as follows: Every tragedy in history has its roots in the destruction of the Beis Hamikdash. Rabban Gamliel used the woman’s heartbreaking cries as a way to tap into his own emotions of mourning the destruction by recognizing that her loss was but a subcategory of the universal loss experienced by our entire nation.

According to this interpretation, Rabban Gamliel would have reacted this way to a sad event in anyone’s life. Still, the fact that the Midrash relates this concept to the loss of a child means that there is a more direct connection between the loss of a child and the destruction of the Beis Hamikdash.

Maybe we can say that each individual is unique, and therefore a child is irreplaceable. Other children cannot fill that space. Rabban Gamliel understood that Klal Yisrael was in a similar situation, for in losing the Beis Hamikdash, we too have lost something irreplaceable.

This concept needs further elucidation. If every person is unique and irreplaceable, why was Rabban Gamliel especially moved by the woman’s loss of her child? And for our purposes, if we are trying to show that there is beauty in the Megillah, what can we possibly prove through so sorrowful an account?

The sefarim point out that when something unnatural happens, it is a proof that Hashem is watching us and not letting the laws of teva (nature) run the world. The silver lining amid our tragedies is the knowledge that Klal Yisrael is under the direct watch of Hashem, not one of the ministering angels. While the death of a child helped Rabban Gamliel begin to understand how to mourn, it also helped him begin to heal.

But, natural or not, the tragedy that occurred is still devastating, and it feels like a punishment. The Midrash gives us a subtle clue to answer this by adding that the niftar was a “young child.” After all, anyone passing away before his parents would be too young, even if that person is 60 and his parents over 90. The fact that the Midrash specifies “young” indicates something on its own.

The answer is that the mourning for a young child is rooted in our feeling that the child was “taken before his time.” Rabban Gamliel recognized that the destruction of the Beis Hamikdash and the expulsion of the Jews from Eretz Yisrael was “rushed,” and occurred earlier than expected, but that was ultimately a good thing, not a bad one.

The passuk in Daniel states: “Hashem hastened with the evil and brought it upon us, because Hashem is righteous” (9:14). The Gemara (Sanhedrin 38a) explains that “because Hashem is righteous,” He “hastened with the evil,” for the passuk in Devarim states “v’noshantem — when you become old in the land … you shall perish” (4:25). This is understood as if the Jewish people had been in Eretz Yisrael for 852 years (“become old — v’noshantem” — equals 852), then their punishment would have been that they “shall perish (permanently),” as mentioned in the second half of the passuk. As a gift, Hashem exiled the Jewish nation earlier (before 852 years), to prevent the fulfillment of the second half of the verse, “you shall perish (permanently).” In essence, the “rush” was for the good.

Rabban Gamliel realized that something “taken before its time” can be of some good, too. Of course, this knowledge alone is of little comfort, for a person needs to see good results and not only dream of them.

Instead of using this thought alone to comfort himself, or even relaying this concept to the woman to try to console her, the Midrash is telling us that Rabban Gamliel actually turned the woman’s loss into good. This was a tremendous accomplishment. When Rabban Gamliel cried “along with her,” his tears created something positive from her tragic event.

Rabban Gamliel saw that the woman’s tears were not productive in their own right, as nothing good was coming from them, so he turned the event and her sorrow into fulfilling the obligation to mourn over the destruction of the Beis Hamikdash, thereby causing something constructive to result from her tragedy. He was not just crying “along with her,” but turning her loss into a spiritually positive force.

It was told to me that Hagaon Harav Yaakov Meir Shechter, shlita, was at a hachnasas sefer Torah that was being donated following the death of a child. He commented that people should look at how the Jewish people deal with tragedy — they take a terrible situation and respond by increasing kvod Shamayim. They do not become angry or despondent, but use the opportunity to fulfill more mitzvos.

Reb Yaakov Meir added a tefillah to Hashem: “Look at your children, Klal Yisrael. You
take a child from them, and they respond by doing their utmost to bring more kvod Shamayim by giving You a sefer Torah in his memory. In this zechus, Eibershter, please bring the Geulah.”

According to the Midrash, Rabban Gamliel did the same thing. He took a tragedy and turned it into a means to serve Hashem. Additionally, everyone who is moved by the Midrash’s account to mourn the loss of the Beis Hamikdash is bringing merit to this poor woman’s soul and the soul of her child. Untold lessons have been learned from the actions of Rabban Gamliel until this very day, and that remains to their merit.

Because the loss of a child is shown in many ways to be similar to the loss of the Beis Hamikdash, it can be used as a catalyst for reflection and mitzvos. As the Maggid of Mezeritch taught us, themoment of suffering is when Hashem is close, and if the mourner pursues Him, he will be successful.

There are events that transpire in our lives that shape us and send us in directions that we are only sometimes able to understand, often only in hindsight. But when we take what is a tragic event and use it to enhance our awareness of Hashem, then the merits can be used as comfort.

Reprinted with permission from Strength Through Fire: A Chizuk Handbook