The Secret of The Whole Megillah 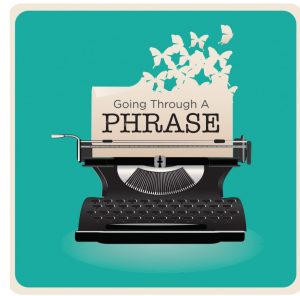 Yiddish is the mameloshen — mother tongue — of Jewish mothers, whose watchword is “Ess, ess, mein kind — Eat, eat my child.” So it’s only natural that Yiddish should be the most hospitable of languages.

Journalist Charles Rappaport said, “I speak 10 languages — all of them in Yiddish.” Yiddish has become as American as bagels and lox.

Maven, chutzpah, shmooze, and a pushcart-load of other Yiddish words got their American papers and became full citizens of the English language.

But, somehow, the English expression “the whole megillah” lost its original meaning of scroll and Megillas Esther.

The first entry for the word megillah (no italics) in the Oxford English Dictionary (OED) is traditional: “Each of five books of the Hebrew Scriptures (the Song of Solomon, Ruth, Lamentations, Ecclesiastes, and Esther) appointed to be read on certain notable days, esp. the book of Esther, read at the festival of Purim.”

Then the OED gives the slang definition: “(With allusion to the length of the megillah.) A long, tedious, or complicated story; freq. in a whole megillah (after Yiddish a gantse megile). Also the whole megillah: the whole business, the whole thing.”

William Safire analyzed this new irreverent sense. “We deal here with the language’s attempt to cope with totality. The whole is evidently never enough; colorful speech demands a whole something.”

(My kids used to say “the whole entire thing.” Garner’s Modern English Usage called such redundancy a “linguistic pitfall.” Who am I to disagree? I thought of it as a tautology, but Garner nailed that as just another word for redundancy. You can’t be too careful.)

With characteristic self-deprecation, Safire wrote, “The Book of Esther is one of the detailed megillahs, which drew yawns from some scholars, whose irreverent friends expanded the term’s coverage to prolix prose and ultimately to anything too long and complicated: the Yiddish gontzeh megillah is ‘the whole megillah,’ now ensconced in English and sometimes used by impatient readers of this column to describe its exhaustive research.”

But what made megillah fall into the melting pot … and emerge with only a hint to its original meaning? I have a hunch (somewhere between a notion and a theory) that it’s more than just irreverence.

In a section of the Kedushas Levi called Arba Kedushos, Harav Levi Yitzchak of Berditchev, zy”a, gives a detailed analysis of the four mitzvos of Purim: the reading of the Megillah, mishloach manos — sending gifts of food, matanos la’evyonim — gifts to the poor, and the seudah — the festive meal.

Megillah, Rav Levi Yitzchak says, goes to the heart of what Purim is all about — revealing the hidden miracle. The word Megillah itself means megaleh — uncover. Reading the Megillah — seeing all the events leading up to Purim in context — connects the dots and reveals its true nature as a miracle of cosmic proportions.

But why did it need to be revealed? Why was it hidden, different from other miracles?

The Talmud (Chullin 139b) asks a puzzling question: “How do we know about Esther from the Torah?” And, without saying why we should even expect the Torah to mention Esther, who was born centuries later, the Sages give an even more enigmatic answer: They quote the verse (Devarim 31:18), “v’Anochi hastir astir Panai bayom hahu — And I will surely hide My Face on that day.”

OK, so “hastir astir” sounds like “Esther.” But, unlike Mordechai Schiller, the Talmud doesn’t give answers purely for the pun of it.

What does it mean?

The name Esther means to conceal. It symbolizes her crucial role — going undercover in the court of Achashverosh to save her nation.

But in this story, where even G-d’s name is hidden, we have to dig still further for an answer.

The Be’er Mayim Chaim (Bereishis 12:15) says that by asking how we know Esther from the Torah, the Sages are really asking, what is the source in the Torah that tells us G-d may conceal a miracle within the forces of nature? And they answer that “I shall surely hide My Face” refers to G-d hiding the “revealed miracle,” i.e., “My Face.”

From the sublime to the delicious, there’s a custom to eat “hidden” foods on Purim: kreplach (dough filled with ground meat) or holeptses (stuffed cabbage). So what about hamantashen, you ask? I would say they reveal too much.

My brother Rabbi Nota Schiller, Rosh Yeshivah of Ohr Somayach, discusses the saying of the Sages (Eruvin 65a) “When wine goes in, secrets come out.”

There is a fundamental difference between children and adults:

On Purim, we come out of hiding … and we get the whole Megillah.