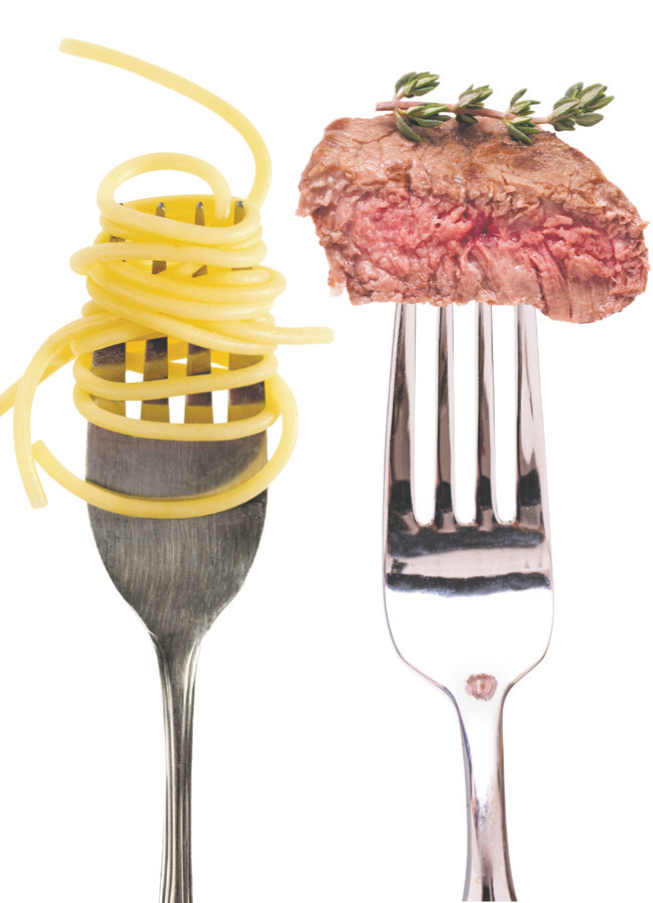 Decisions, decisions. If you’re looking to lose weight, should you go for the mango smoothie or the artisan cheese plate? The poppy-seed bagel or the cashew snack?

If you’re unsure, join the crowd. For years nutritionists have debated the same kinds of questions — with some arguing that a low-fat diet is the way to go, while others insisting that a diet with restricted carbohydrates is better.

With each academic study on the subject, public sentiment seemed to sway one way or the other. In the 1980s and ’90s, low-fat diets were the fad. In recent years, low-carb diets became the thing. It was enough to give the modern-day dieter whiplash.

Seeking to settle the debate, scientists from the National Institutes of Health set up a very detailed and somewhat unusual experiment.

They checked 19 obese adults (who were roughly the same weight and had the same body-mass index) into an inpatient unit at the NIH clinical center, for two-week increments.

For the first five days of each visit, the volunteers were given a baseline diet of 2,740 calories that was 50 percent carbohydrate, 35 percent fat and 15 percent protein. This wasn’t very different from what they were eating before. But for the following six days, they were given either a low-fat diet or a low-carb diet, each having 30 percent fewer calories. Each participant was also asked to exercise one hour a day on the treadmill.

Then the researchers put the volunteers in metabolic chambers — a sealed, climate-controlled room hooked up to a battery of recording and analyzing devices (kind of like the ones they use for lab rats) — for five days to see what would happen.

After analyzing everything from how much carbon dioxide and nitrogen they were releasing to their hormone and metabolite levels, the researchers concluded that calorie-per-calorie, low-fat diets beat out low-carb diets. During the study period, the minimum detectable difference in cumulative fat loss was 110 grams (3.9 oz.).

“In contrast to previous claims about a metabolic advantage of carbohydrate restriction for enhancing body fat loss our data and model simulations support the opposite conclusion,” Kevin D. Hall, a senior investigator at NIH in biological modeling, and his co-authors wrote in Cell Metabolism this week.

The study appeared to be a response to recent theories about how low-carb diets work. Proponents have said that decreasing carbs decreases insulin secretion, which leads to increased fat oxidation and burning of calories.

But, the researchers wondered, “While the first law of thermodynamics requires that all calories are accounted, could it be true that reducing dietary fat without also reducing carbohydrates would have no effect on body fat? Could the metabolic and endocrine adaptations to carbohydrate restriction result in augmented body fat loss compared to an equal calorie reduction of dietary fat?”

Does this mean that if you’re on a low-carb diet you should switch to a low-fat diet? Not necessarily.

The researchers acknowledge that “translation of our results to real-world weight-loss diets for treatment of obesity is limited.” The design of their experiment relies on strict control of food intake — which “is unrealistic in free-living individuals,” they said.

David L. Katz, founder of Yale University’s Prevention Research Center, emphasized that despite the fact that the study is down on fats, scientists still believe fats aren’t nearly as bad for us as we once thought.

“In my view, this is a reality check,” Katz told Forbes. “It does not invite us to go back to preferential fat-cutting, but it does invite us to get past the new folly of preferential carb-cutting. My hope is this study provides a nudge not from one nutrient fixation to another, but in that direction: Food, not nutrients.”

The takeaway: The most important part of dieting isn’t necessarily the kind of diet you choose when it comes to low-carb vs. low-fat; it’s whether you stick to it.