Columns Nutrition How to Safely Reheat Leftovers Without Ruining Them
Nutrition 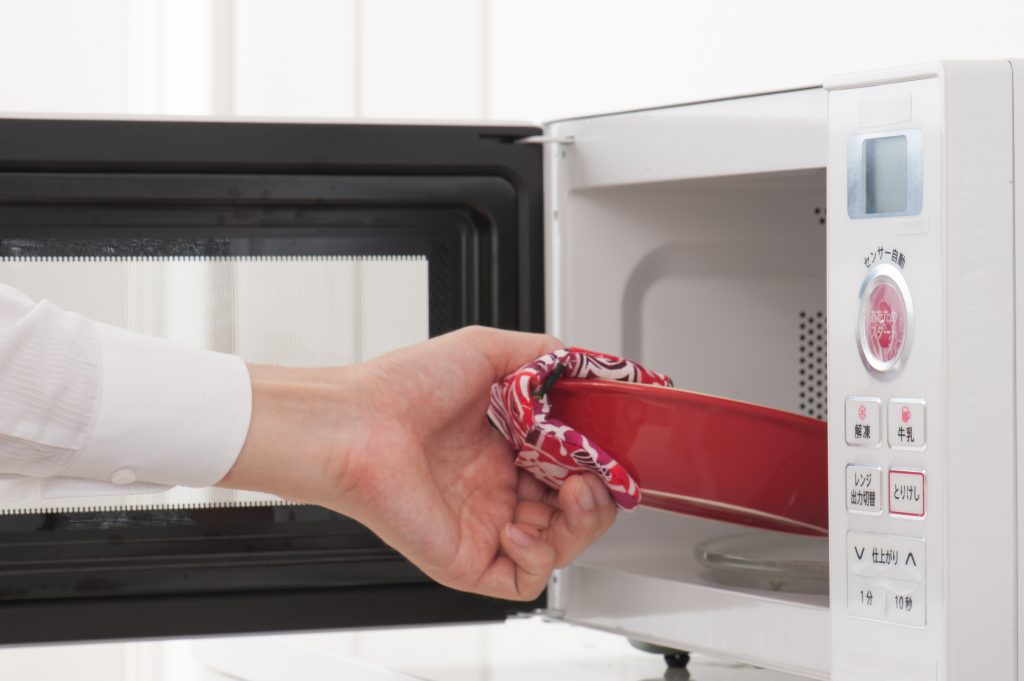 Whether you’re at home and working to stretch your cooking into as many meals as possible or trying to make the most of your takeout dinners, leftovers are a huge timesaver. They can also be tasty and possibly even more interesting than the original dish.

Pizza. Reheating pizza “is actually very simple and people overthink it,” says Mike Friedman, chef and co-owner of All-Purpose Pizzeria in Washington. Just, please, don’t go so simple that you pop it in the microwave. You don’t need to bust out your skillet, either. Friedman says your best bet is your trusty oven. Place the pizza slices on a baking sheet in a 425-degree oven for just a few minutes (if you have a baking stone, you can use it instead of the sheet).

He prefers this high-heat, short-time strategy as it more closely mimics the way the pizza was originally baked at the restaurant (or, presumably, your house). Friedman says 3 minutes is about right, though it may vary depending on your oven and the size of your pieces. Look for a crisp crust and cheese that has just started to bubble but is not browner than when you started.

Pasta. Unlike pizza, this is where you do want to pull out the skillet, says Friedman, whose portfolio also includes the pasta-heavy Red Hen. Reheating pasta is a “little trickier but not hard at all,” he says. For two servings of pasta, Friedman recommends heating a medium skillet over medium heat before adding the pasta and a few tablespoons of water. Take care not to burn or separate the sauce. The pasta is already cooked, and all you’re looking to do is heat the dish through and cook off any excess water as needed. Make sure the pasta is freely moving around the skillet, not glued together.

For single servings, Friedman says the microwave can work, although you do run more of a risk of the sauce separating. Put the pasta on a plate in a single layer with about a tablespoon of water and heat it in 30-second increments until it’s at the temperature you want. Then you can transfer it to a bowl, if desired, and top with cheese. If you want to reheat a baked pasta dish, go ahead and do that in the oven at a moderate temperature, around 350 degrees.

Rice. Even though Scott Drewno (Chiko, Anju) is the co-owner of several restaurants specializing in Asian cuisine, he still finds himself getting a lot of Chinese takeout — meaning he often finds himself with leftover white rice. Rather than bringing it back to its original state, he prefers repurposing it into fried rice. He adds oil to a skillet — he thinks nonstick is fine here — and heats it up, cooks an egg and then removes it.

Next go in aromatics, your choice of add-ins (vegetables, meat) and the rice. Return the egg, stir and serve. No need to add moisture, as Drewno says the oil will nicely crisp and flavor the rice.

If you are dead set on sticking with plain rice, Cook’s Country suggests heating 4 cups of rice with up to 1 tablespoon of water in the microwave until heated through. They found that took about 5 minutes, though it will be less with smaller amounts.

Other noodles. As with rice, Drewno thinks Asian noodles do best when revived and beefed up in a skillet. He again recommends a nonstick skillet, as well as adding similar flavors to those already in the dish.

Most noodles will congeal and stick together once refrigerated. Add just enough stock or other sauce and cook long enough for the noodles to loosen up and move freely around the skillet. You can also add more meat and vegetables to fill out the dish into a meal, as well as adjust the seasoning at the end with soy sauce and sesame oil, Drewno says.

Meat. In Keys to Good Cooking, Harold McGee offers a few options, noting that reheating meat above 140 degrees dries it out. First, he suggests not reheating it at all, as anyone who has enjoyed chicken or turkey salad or a cold steak sandwich can attest to.

Another possibility: “Turn it briefly in a pan of boiling liquid — the liquid portion of a stew, for example, or some meat stock — to kill any bacteria on the surface, then heat the meat through gently.”

Roast turkey: Wrap whole pieces or stacks of sliced meat in foil. Heat in the oven at 275 degrees for 35 to 45 minutes (for a half breast cut crosswise), or until the meat reaches 130 degrees. Then recrisp the skin in an oiled skillet over medium-high.

You’ll notice that Cook’s Illustrated does not recommend heating the meat to 165 degrees, which would lead to overcooking. Editor in chief Dan Souza and his team explain that the USDA advice assumes the food has already been at risk of improper storage and the higher temperature ensures that the bacteria that can cause food poisoning will be killed. “Our tips for reheating meats operate under the assumption that the food has been properly cooked and stored, and it would be safe to eat cold,” they say. Moreover, the skillet sear in most of the food above is an extra insurance policy against any bacteria on the outside of the meat.

Soup. The USDA recommends bringing soups (as well as sauces and gravies) back to a roiling broil. For individual portions, I like to reheat in the microwave (covered with wax paper) until I can tell that the soup has started to bubble. For larger portions (or smaller, if you prefer), put the soup back into a pot on the stove top.