Who Put the Poor In Poorim? 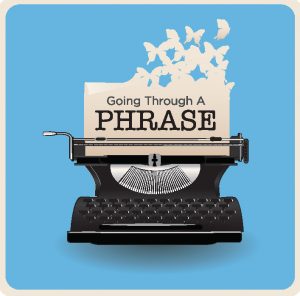 There is absolutely no basis to the rumor I made up that the word Purim is derived from poorim — a plural of poor. Purim means lots, as in a lottery — a toss of the dice.

What’s more, Abraham Lincoln never said “G-d must love poor people; He made lots and lots of them.”

In Rabbi Landau’s shul in Flatbush, Brooklyn, Purim is a major production. Weeks in advance, a huge sign announces the coming festive blast.

Purim has four mitzvos of the day: reading the Megillah, mishloach manos — sending delicacies to friends, matanos la’evyonim — gifts to the poor, and the Purim seudah — festive meal. But the main focus at Rabbi Landau’s shul is clearly on gifts to the poor. Every year, they run a rousing fund drive for families in the community who have fallen on hard times.

One of the things that gets me is the grammatically correct signs they post: “Whom Will You Make Happy on Purim?” In a setting where the lingua franca is a mosaic of Yiddish and English, I am always tickled to find Chassidim on a mission to preserve endangered speech. Save the whoms.

In his Laws of Purim (2:17), the Rambam says, “One should rather spend more money on gifts to the poor than on his Purim banquet and presents to his friends. No joy is greater and more glorious than the joy of gladdening the hearts of the poor, the orphans, the widows, and the strangers. He who gladdens the heart of these unhappy people imitates G-d, as it is written: ‘I am with the despondent and lowly of spirit, to revive the spirit of the lowly and to revive the heart of the despondent’” (Yeshayahu 57:15).

The centrality of the poor on Purim is discussed in the Talmud (Megillah 4b), regarding the prohibition of reading the Megillah on Shabbos. One reason is that the poor look forward to the Megillah reading, when they expect gifts to be distributed to them, and charity cannot be given on Shabbos.

Rabbi Mendel Weinbach, zt”l, Rosh Yeshivah of Ohr Somayach, takes a deeper look — into the very essence of the holiday.

Haman, a malevolent master of black magic, threw lots to decide the most auspicious day to destroy the Jewish nation. He was delighted when the lot fell on the month of Adar, which he knew was when Moshe died. But what Haman didn’t know could hurt him.

Moshe was also born that month.

“The conflicting signals indicated in the casting of a pur can be seen as an outline for the entire drama of the Purim story.”

As the Megillah puts it, v’nahafoch hu — everything turned around. The Jews whom Haman described as “scattered and separated” were united by Mordechai and Esther — both in fasting and celebrating. And that led to the turnabout victory.

Rabbi Weinbach explains, “There is an important lesson to be learned from this incident of Heaven dictating the outcome of Haman’s lot. The fate of the Jewish people is neither determined by their enemies nor is the timing of their troubles a matter of coincidence. A Divine plan writes history and every detail is perfectly orchestrated.”

Rabbi Weinbach suggests one reason for gifts to the poor is to show that “the Divine plan evident in regard to the economic situation of every individual reinforces our recognition of Heavenly control. The realization that it is ‘G-d Who makes some people wealthy and some poor’ is intensified when the rich seek out the poor on Purim in order to fulfill their obligation of giving to them. Our Sages have compared economics to a ‘rotating wheel’ which can bring one down as well as up. The giver must always view himself or his future generations as takers and therefore relate to those dependent on his generosity with compassion.”

In a roller coaster economy, it’s good to remember that it’s all part of the Divine Plan. And to influence this plan, we don’t need lobbyists. We are our own power brokers. Gifts to the poor just might be enough to tip the scales. It starts with “an appreciation of Heavenly control of human events for their ultimate good.”

Tzedakah means charity. But the root of the word is tzedek — justice. So just do it.