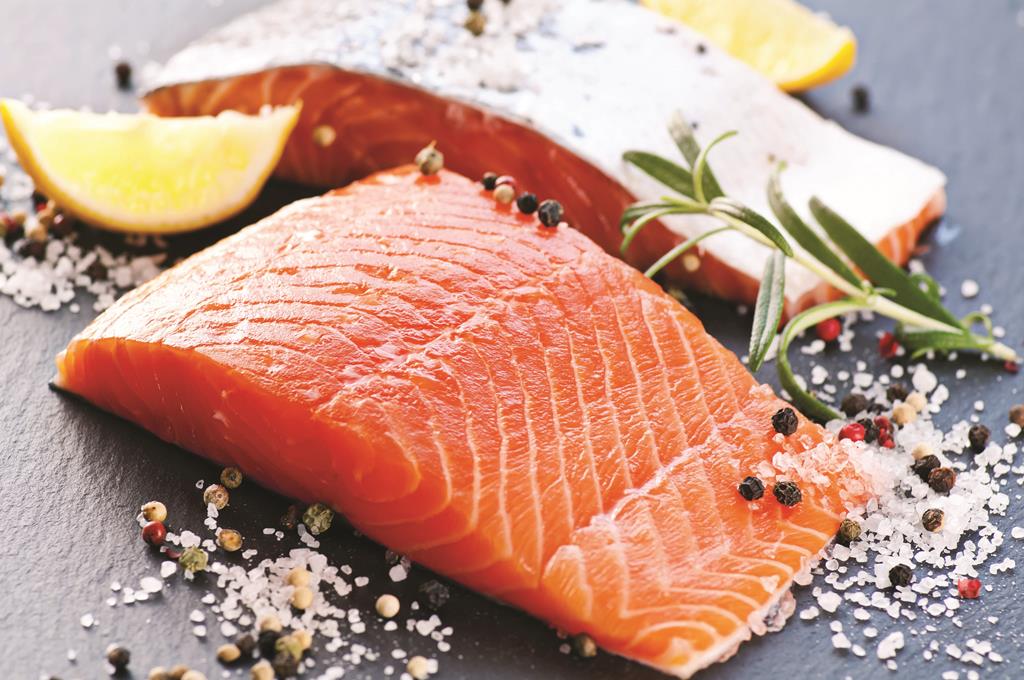 When milk marketers went searching for a replacement for their notorious “Got Milk?” campaign, they asked 2,500 teens and adults what promise would make milk more appetizing than juice, water or soda.

So did the idea that milk was the “original superfood.”

And what about the fact that milk is a great value at just 25 cents per glass?

The resounding winner: eight grams of protein per glass.

And thus a $50 million “Milk Life” campaign was born this year, featuring kids and adults happily at play with the pledge that “this is what eight grams of protein can do.”

Indeed, protein has never been more popular. Enticed by the promise that it can help you lose weight, get stronger and avoid age-related muscle loss, some 71 percent of consumers say they want more of it in their diets, reports the NPD Group, a New York research firm.

I couldn’t help but wonder: Why did protein suddenly become the nutrient du jour? And will it be just another diet craze — à la the fat-free frenzy of the 1980s — that ultimately leaves us all whiplashed with confusion about why we spend so much time and energy dieting, and yet are further than ever from our feel-great weights?

For sure, we consumers are gluttons for dieting advice, especially advice that focuses on a specific supernutrient that promises to make extra pounds and health problems disappear. Some 51 percent of adults want to lose weight, according to a Gallup Poll, yet barely half that amount — 25 percent — are actively working on it.

So why is protein trending now?

Scientists have long known that protein builds lean muscle mass and provides a feeling of fullness that can aid in weight loss. A raft of recent studies linking protein-rich diets to weight loss has kept that idea in the spotlight. In recent years, the rise of Paleo, Atkins, the Zone and other low-carb diets have helped sustain protein’s MVP status.

And protein’s popularity might have more staying power than other food crazes, says Darren Seifer, a food and beverage analyst for the NPD Group.

In contrast to the fat-free, sugar-free and gluten-free fads, which all revolve around restraint and avoidance, the current obsession with protein has to do with eating and drinking more of it. And people like that.

“It’s not restrictive,” Seifer says. And because protein’s benefits are so easy to explain and understand — it helps you feel fuller longer, lose weight and build muscle — it might be more enduring than the pushes for high fiber, whole grains and Omega-3 fatty acids that abruptly came into and out of vogue.

“Consumers just want to know, is it good or is it bad?” Seifer says. “If you can whittle it down and make it simple for the consumer, the trend could take off.”

But, interestingly, even as the public clamors for protein, some 71 percent of consumers don’t actually know how much they should get, or what foods have it, according to the NPD survey.

The average healthy person needs about 0.8 grams per kilogram (or 2.2 pounds) of body weight, according to U.S. Agriculture Department recommendations. And most people are already getting enough in their normal eating regimes.

“It’s not a nutrient that’s of grave concern,” says registered dietitian Andrea Giancoli, a policy analyst for the Beach Cities Health District in California. “Protein in and of itself isn’t going to make you into a supermodel, get you to your ideal weight or make you into a lean, mean machine. You actually have to exercise and do the work to build that muscle.”

What’s more, if you eat more protein than you need, it’s just going to get stored as fat. That’s where the larger potential problem exists, Giancoli says. In their quest to shed pounds and get strong, consumers might start eating more foods such as red meat that, though high in protein, also have lots of saturated fat. They also might reach for protein supplements and protein-enriched foods, which have additives and calories they don’t need.

The addition of protein often comes along with artificial additives, plus calories, sugar, fat and sodium to make the product taste good. So it’s critical to comparison-shop and carefully inspect the nutrition facts panel.

And as tough as it is to resist the temptation of a protein-packed, and therefore guilt-free, indulgence, we have to look past the claims on the front of the label. That Caramel Nut Rush Marathon Protein Bar might have 20 grams of protein, but it also has 290 calories, 9 grams of fat and 22 grams of sugar.

“If you’re consuming more calories than the body can burn off, you’re going to gain weight,” Giancoli says. “It doesn’t matter what nutrient it is.”

What You Need to Know About Protein

A: Protein leads to a feeling of fullness, or satiety, so the implication is that you don’t snack as much between meals. A number of recent studies have linked high protein consumption to weight loss. A study in the September 2013 Federation of American Societies for Experimental Biology Journal concluded that dieters who doubled their protein intake lost more fat and maintained more muscle mass than those who ate the recommended daily allowance. That said, if you eat more calories than your body needs, they’re going to get stored as fat. The American Heart Association doesn’t recommend high-protein diets for weight loss.

The AHA’s concern is that even though these diets might lead to short-term weight loss, many of them emphasize foods such as meats and cheeses, which, along with being rich in protein, are also high in saturated fat, which can raise the risk of heart disease, diabetes and other chronic diseases. What’s more, many of these diets prompt people to restrict high-carbohydrate, high-fiber, plant-based foods, which lower cholesterol.

Q: How do I determine how much protein I need?

A: The average healthy adult needs 0.8 grams of protein per kilogram of bodyweight (or 0.37 grams per pound). Endurance athletes or people with certain health issues might need more.

Q: If I’m older, do I need more protein?

A: Yes. Even active individuals can lose lean muscle mass and strength as they age, starting around age 40, and accelerating after the age of 75. Loss of muscle mass can have a huge impact on quality of life: It influences how active and independent you can be, and your risk of falling.

Research has shown that protein

intake can help prevent that natural loss of muscle in the elderly. And some researchers have recommended that the elderly should consume more protein on a daily basis than younger adults. Consuming 1.0 to 1.2 grams of protein (per kilogram of bodyweight) each day can slow age-related muscle loss, according to a study in the April 2009 issue of the Journal of the American Geriatric Society.

A study in the January 2009 issue of Current Opinion in Clinical Metabolism and Care suggested that you can maximize your body’s ability to build muscle by spreading your protein consumption throughout the day. Your best bet is to talk with your doctor about how much protein you need.

Q: How do I know whether a product is a good source of protein?

Q: I don’t eat meat. Do I have to have high-protein products such as beans with carbs in order to get the muscle-building benefits?

A: Most plant foods are not complete proteins, meaning they don’t contain all of the essential amino acids that your body needs. Animal-based foods such as meat, eggs, and dairy are considered complete proteins. Soy and many soy-based products, such as tofu or tempeh, are among the few plant foods that are categorized as complete. For years, it was commonly thought that vegetarians and vegans needed to eat a combination of certain plant foods — such as beans and rice, lentils and couscous — together in the same meal in order to get all the essential amino acids. However, nutrition experts now know that you don’t necessarily have to consume these foods in the same meal to get the benefits.

Plant-based sources of protein can provide adequate amounts of the essential amino acids, as long as you eat a variety of unrefined grains, legumes, seeds, nuts and vegetables throughout the day, according to the Academy of Nutrition and Dietetics. If one food is low in one particular amino acid, another will make up for it.