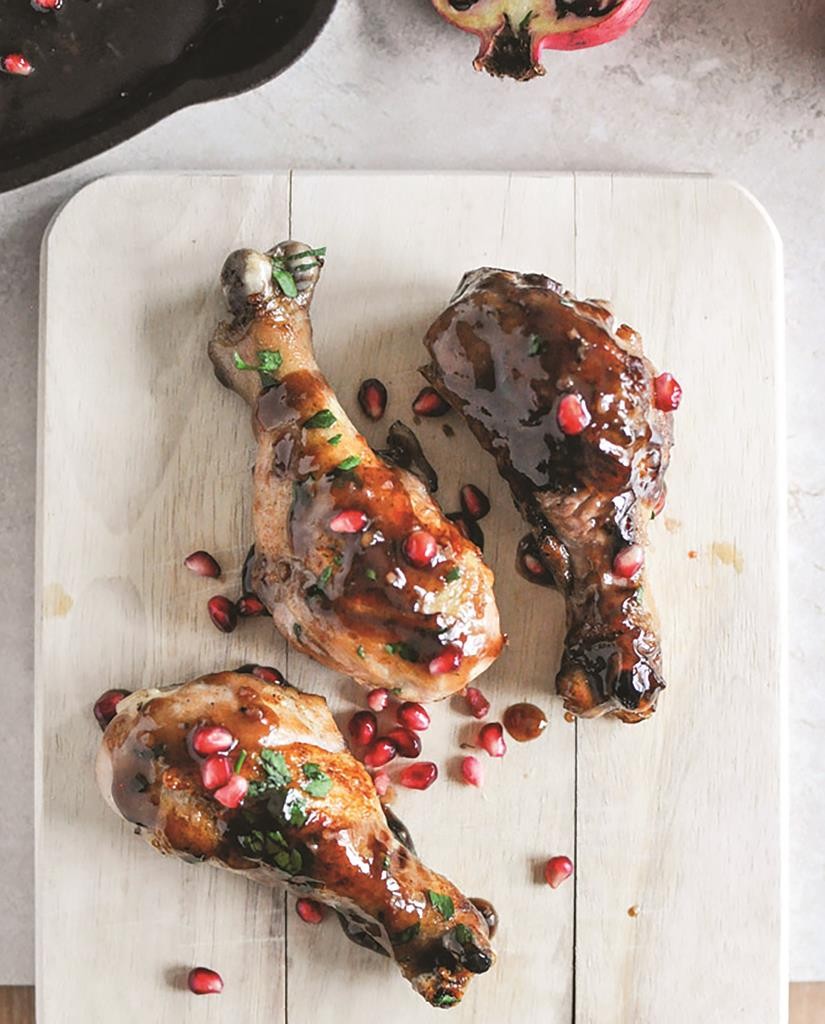 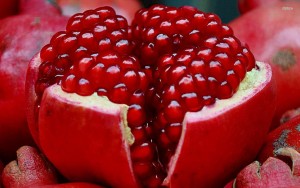 Of all traditional foods eaten on Rosh Hashanah, the most unique is by far the pomegranate. Often referred to as a Chinese Apple because of its Asian origin, this fruit is most unusual in the fact that one eats the seeds and discards the rest. Pomegranates are now mostly grown in warm sunny regions of California and Arizona and are available all year long.

When purchasing a pomegranate, look at the skin. It should be thin, firm and dark red, but not wrinkled. Most people eat the seeds entirely; however, some will chew them to release the juice and then spit out the seeds. But keep in mind that the seeds provide a generous amount of beneficial fiber and offer many health benefits. Pomegranates are extremely high in vitamin C and potassium. They are also a potent antioxidant.

Pomegranates are among the oldest known fruits. After all, the shivas haminim include the rimon.

Pomegranate trees are sturdy and long-lived. In Europe there are trees that are known to be almost 200 years old. Pomegranates are also known for their medicinal benefits,  and in ancient times were used to cure many things such as bronchitis. Today, pomegranate jelly is a popular treat prepared at home by many folks in the South.

The fruit can be eaten out of hand by deeply scoring the skin several times vertically and then breaking it apart. The ruby-red clusters of juice sacs are then lifted out and eaten. The sacs also make an attractive garnish when sprinkled on various salads, entrees and desserts.

Pomegranate juice can be enjoyed on its own or added to a variety of dishes. It gives other foods a delightful pink color. We like to put two cupfuls into the food processor with a package of frozen strawberries and give it a spin. Stir it into softened vanilla ice cream for a beautiful new dessert.

Preheat oven to 350°. Remove chicken from the bag and pour marinade into a saucepan.

In a separate pan, heat oil over high heat. Add the chicken, skin side down. Sear the chicken 4–6 minutes or until the skin is crisp.

Meanwhile, boil the marinade over medium heat for 30 minutes or until it is reduced by half. Skim off any chicken fat or foam that appears on the surface during cooking.

Place the chicken, skin side up, in a baking pan and bake for 40 minutes. Serve with sauce drizzled over it.

Mix gelatin and sugar in a heavy saucepan. In a separate bowl, mix egg yolks and water. Stir egg mixture into the gelatin. Cook over medium to low heat, stirring constantly until gelatin is dissolved, about 5 minutes. Do not allow it to boil. Remove from heat and add pomegranate juice and lemon juice. Refrigerate mixture, stirring occasionally, about 2–3 hours or until the mixture thickens and holds together when dropped from a spoon.