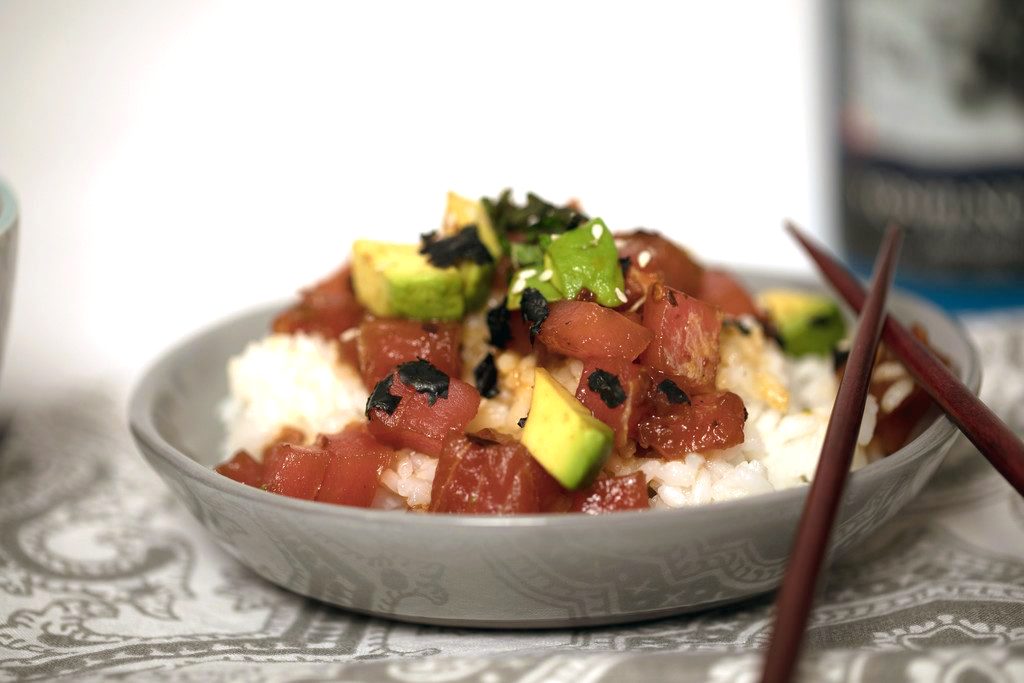 Now now, it’s not what you think! We are not about to laugh at anyone and make snide remarks. Poke (pronounced poh-keh), a raw-fish salad, is one of the new food trends taking over eateries throughout the U.S. While it may seem “super cool” to us, in Hawaii, where poke originates, it’s just as common as burgers.

The word “poke” translates to “chop” or “cut across,” in reference to the way in which the fish is cut. It originated from fisherman who would cut off bits of their catch and season it for a snack. Their primary catch was tuna and octopus. Hawaiians commonly serve it at every family gathering and celebration. Walk into any supermarket in Hawaii and you’ll see a selection of at least a half-dozen different poke options in the glass display case, in much the same way that a local deli might have tuna or pasta salad. But poke, like most salads, is best eaten when freshly mixed and lightly marinated. So Hawaiian foodies know the best option for poke is making fresh at home or in an upscale restaurant.

Like all native cuisine, poke has now made its way to the mainland, and it’s popping up on menus all over the place, with lots of variations. However, the best poke is simple. So simple, in fact, that anyone can make it at home. Originally poke was seasoned with algae and nuts that can be found in Hawaii. Nowadays, Asian influences pretty much dominate the flavor. And while tuna and salmon are most common, you will now find recipes for dozens of different versions, including vegetarian avocado poke.

Rinse and drain rice in a fine-mesh sieve several times until water runs clear. Combine rice and 2 cups water in a medium saucepan, season lightly with salt, and bring to a boil. Reduce heat, cover saucepan, and simmer until rice is tender, 18–22 minutes. Remove from heat and let sit 10 minutes. Fluff with a fork; keep warm.

Whisk rice vinegar, sugar, 1 1/2 teaspoons kosher salt, and 2 tablespoons water in another small bowl. Toss cucumber with a pinch of salt in another bowl and squeeze to expel excess water. Add cucumber and jalapeño to brine and let sit at least 10 minutes and up to 1 hour to pickle.

Whisk mayonnaise and sriracha in a small bowl to make spicy mayo. Set aside.

Just before serving, toss avocado into tuna mixture. Divide rice among bowls and top with tuna mixture, a dollop of spicy mayo and more sesame seeds.