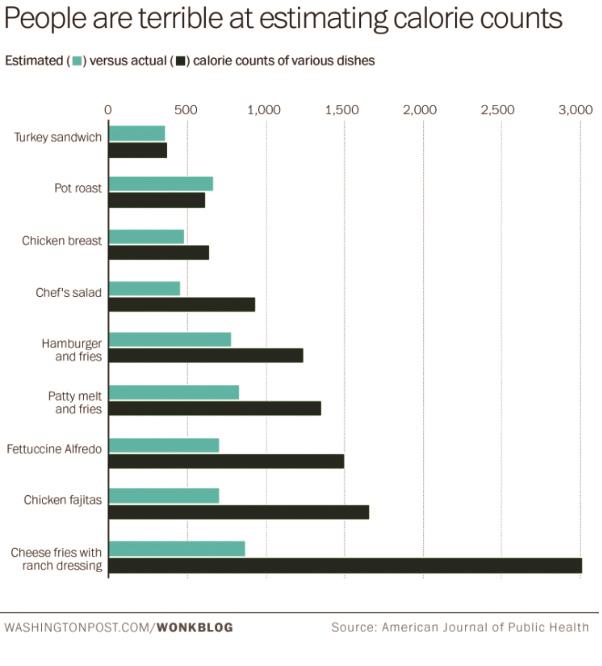 America is about to find out how many calories are in their favorite dishes and snacks — and it could be a pretty big wake-up call.

After years of delay, the FDA on Tuesday approved sweeping new rules that will mandate calorie counts at many places where Americans eat out — chain restaurants, pizza shops, vending machines and more. Most affected companies will have a year to get on board with the new requirements, while vending machine operators have been given two years to comply.

The big news is that the FDA rules are more comprehensive than expected, given the strong industry pushback since the menu labeling provision was included in the 2010 health-care law. The rules provide a national standard after some states and cities already have enforced menu labeling requirements.

Do people eat healthier when they can see calorie counts? The evidence so far seems mixed. The impact seems to be greater when the calorie count is much higher than what consumers expect.

What does seem clear from past studies is that people really are terrible judges of how many calories they consume when they dine out.

Not everyone will pay attention to the calorie counts, or even care that much. But for some, that information may be hard to swallow.