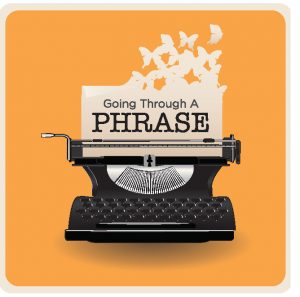 My father, z”l, once heard someone complain, “I work like a dog a whole year, and comes Pesach, I don’t have a piece of bread on the table.”

Without missing a beat, Dad said, “Don’t worry. It will all pass over.”

Every mitzvah we do, we do zecher l’Yetzias Mitzrayim — to commemorate the Redemption from Egypt. Even on Shabbos, which you would think harks back to the seven days of Creation, in Kiddush we say it reminds us of leaving Mitzrayim — because that is when the relationship with Hashem and the Jewish Nation was established.

But on Pesach itself, remembering isn’t enough. We have to talk about it. “Tell it to your children.” The Arizal says the name Pesach hints to a mystical meaning of the day. Pesach is an acronym for “Peh Sach — a mouth that speaks.”

I’m guessing here, but I can’t help but think this was the culmination of the creation of Adam as a “nefesh chayah — a living being.” Onkelos translates nefesh chayah as “ruach memalelah — a speaking being.” The power of speech defines us as human. Perhaps the culmination of our humanity is becoming a peh sach and telling our children about the Redemption from Mitzrayim.

Of course, what you tell and how you tell it makes all the difference. You may be young enough not to have heard the story of the boy who comes home from yeshivah and his father asks, “What did your Rebbi teach you about Pesach?”

“Our Rebbi told us that the Jews came out of Mitzrayim and got to the Yam Suf and the Egyptians caught right up to them. … They were trapped between the Egyptians and the sea and no way out. So Hashem sent the Marines with pontoon boats to rescue them.”

“Tatty, if I tell you what my Rebbi taught us, you’d never believe it!”

That’s why we have Haggados to guide us.

Most people use the word Pesach without ever thinking what it means. Then again, too often, we don’t think at all about the words we use. But that’s out of my bailiwick; I’ll let the Rabbis and psychologists deal with that.

But the word Pesach is not something to just pass over lightly. It comes from Hashem saying, “I shall go through Egypt on this night, and I shall strike every firstborn in the land of Egypt, from man to beast; and against all the gods of Egypt I shall mete out punishment — I am Hashem. The blood shall be a sign for you upon the houses where you are; when I see the blood I shall pass over you; there shall not be a plague of destruction upon you when I strike in the land of Egypt.” (Shemos 12:12-13)

It’s odd that the name of the Yom Tov comes from being spared the fate of the Egyptian firstborn, not from the climactic moment of being freed from slavery. Maybe it’s because the starting point of the Redemption came with the korban Pesach. Even though sheep were gods to the Egyptians, they were powerless to stop the Jews from preparing the sheep to be sacrificed.

Another oddity: we call the holiday Pesach. But in the Torah, it’s always called Chag Hamatzos — the festival of Matzos. Why do we call it by a different name from its name in the Torah?

Harav Levi Yitchak of Berditchev, zy”a, explains that this paradox of Pesach goes to the heart of our relationship with G-d. We call the holiday Pesach because we experience it as the miracle G-d did for us: ­saving us from destruction and freeing us from slavery.

But G-d sees it through the other end of the telescope. He celebrates what we did for Him. He calls it Chag Hamatzos. Reb Levi Yitzchak says this is a fulfillment of the passuk in Shir Hashirim (6:3), where Shlomo Hamelech says, “Ani leDodi v’Dodi li,” which can be translated, “I am for my Beloved and my Beloved is for me.”

Instead of saying “What have you done for me lately?” G-d commemorates Pesach as the time when “Zacharti lach chessed ne’urayich — I remember the kindness of your youth, when you traveled after Me in the desert” (Yirmiyahu 2:2). The Israelites trusted G-d and ran out into the desert without even preparing food for the journey. (And for Jews to travel without food is no small deal.)

One of my favorite “Dry Bones” cartoons by Yaakov Kirschen depicts the Israelites trudging through the desert, and one of them kvetches:

“No bread?! We’ve been slaves in Egypt … and we leave in such a hurry that there’s ‘no time’ to pack some sandwiches? … I tell you people will be talking about this for years!”