Of Cabbages And Kings 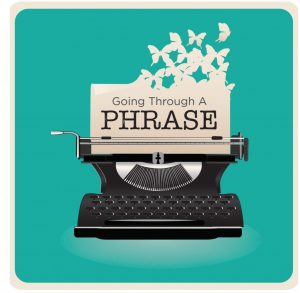 The lowly cabbage is packed with nutrition. Mark Twain observed, “Training is everything. The peach was once a bitter almond; cauliflower is nothing but Cabbage with a College Education.”

Wild cabbage gets pickled or shredded into coleslaw. Its cultivated cousin cauliflower was prized as a delicacy at the court of Louis XIV.

Kings have not fared so well. When Louis XIV died in 1715, his funeral was marked by the jeers of the populace. The storm clouds of revolution were already gathering. On this side of the world, King George III was soon to lose power to President George the first.

With all its beneficence, democracy has its problems. It has led to the demystification of authority.

William Safire lamented, “The president of the United States lost his capital.” He was not referring to the British burning the Executive Mansion in 1814. He was railing against the “Triumph of the Lowercase” in the New York Times Manual of Style and Usage — especially their ruling that references to the (uppercase) President should be degraded to (lowercase) president — with the exception of a formal title before the name.

How the mighty have fallen.

Thank Heaven, the Times style guide still retained some residual reverence and proclaimed that G-d be spelled with a capital G. A Divine inspiration, no doubt.

At a wedding, my brother Rabbi Nota Schiller observed, “Nobody respects kings and presidents anymore. The only one people obey is the photographer.”

The concept of a king takes a central role in Jewish tradition. Moshe told the nation, “When you come to the Land that Hashem, your G-d, gives you, and possess it, and settle in it, you will say, ‘I will set a king over myself, like all the nations around me.’” (Devarim 17:14)

Even the very commandment hints to a conundrum: the desire to have a king “like all the nations.” And Moshe warns: “You shall surely set over yourself a king whom Hashem, your G-d, shall choose; from among your brethren shall you set a king over yourself” (Devarim 17:15).

Why was the prophet Shmuel angered when the people demanded, “Grant us a king”? (Shmuel I 8:6).

The Malbim points out that there is a key difference between a king (melech) and a ruler (moshel). A king and his progeny are chosen by the people. A ruler reigns by force.

During the era of the Shoftim — the Judges — it was they who governed the people. The only king was the King of Kings. It was not yet the right time for an earthly king. And, as righteous as King Saul was, his reign ended in tragedy.

Harav Samson Raphael Hirsch, zt”l, explains the inherent distinction between a King of Israel and other kings. “Legislation, the creation of laws, is altogether not a product of Israel’s national life. Israel’s law is ordained, ordained from on high.”

Even the defense of the Land did not depend on a standing army. “The defense of this Land was taken over by G-d.” All the people had to do was follow the Divine Law. Our Defense Department was a higher authority.

Tragically, we have lost the appreciation for a king. In a lecture before Rosh Hashanah, Rabbi Nachman Bulman, zt”l, taught how the central idea of Rosh Hashanah is to reestablish the Kingdom of G-d. But, he said, we have a particular problem appreciating kingdom today.

To illustrate, Rabbi Bulman told about the fall of Haile Selassie, the formidable emperor of Ethiopia. Once, while Haile Selassie was abroad, rebels attempted a coup. All he had to do to crush the revolution was to return to Ethiopia.

Finally, in 1974, a revolution did bring an end to Haile Selassie’s reign. But even then, when a rebel came into the palace and confronted the emperor, the young man involuntarily saluted and said, “Your Highness, I have come to inform you that you are deposed.”

On Rosh Hashanah, we strive to bring back the sense of the Kingdom and the rule of the King of Kings.

As much as I live by words, sometimes words alone are not enough. It depends on how they are said … or sung.

Rabbi Bulman, a man of fire and passion in his ideas, also had the Divine gift of song. And when he led the services, he combined both.

One year, before Rosh Hashanah, a student at Ohr Somayach told Rabbi Bulman that he had some issues of faith. Rabbi Bulman, who was preparing to lead the Mussaf service, asked the student to please come over to him after the davening.

After Mussaf, the boy came to say good Yom Tov to Rabbi Bulman, who said, “You wanted to ask me something …”

The student shook his head and said, “No. I don’t have any more questions. You answered them for me.”