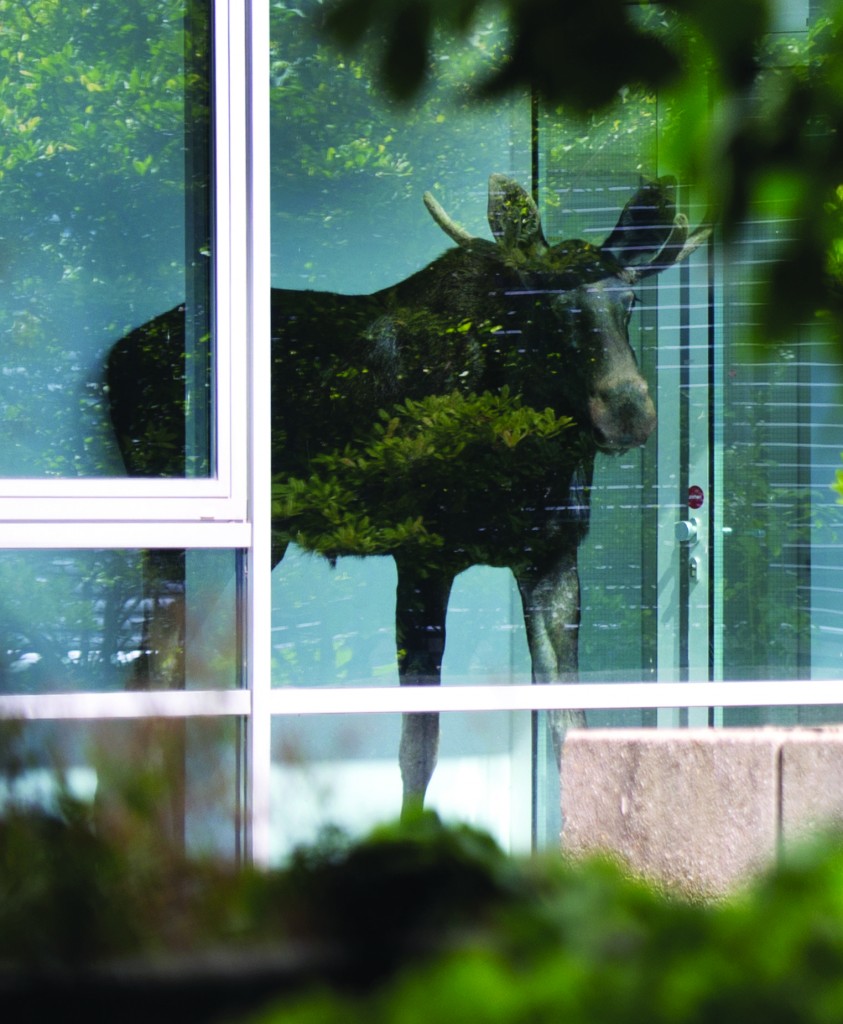 Dog Turns on Stove, Which Then Sets Laptop Ablaze

LACEY TOWNSHIP, N.J. (AP) – Police say a New Jersey family’s dog turned on the stove, which caught the laptop resting on the burner on fire and sent smoke through the roof.

The fire was reported evening in Lacey Township while the owners were away.

Police tell the Asbury Park Press that investigators believe the dog accidentally turned on the stove, though they didn’t specify how that occurred.

Police say heat from the stove eventually burned a laptop computer that had been left on top of the appliance. Smoke was pouring from the roof when firefighters arrived, but the blaze was quickly extinguished.

Utah Teacher Has Four Sets of Twins In Class

KAYSVILLE, Utah (AP) – A northern Utah third-grade teacher is starting the new school year with a surprise: four sets of twins in her class.

Teacher Andrea Wood at Columbia Elementary School in Kaysville says the twins all like being in the same class together with their siblings and she won’t split them up.

But while she has the siblings all sitting next to each other as the class becomes acquainted, she’ll probably separate them inside the classroom eventually.

Wood told KSL the distinction might make things easier for parent-teacher conferences because she’ll have just one parent to talk to for each set of twins and their parents will have just one teacher to consult.

Her class has one pair of identical twins as does another third-grade class at the same school.

ANCHORAGE, Alaska (AP) – A man suspected of walking out of a Juneau, Alaska, jewelry store with a gold nugget worth nearly $5,000 developed a conscience and paid for it — after his image was distributed by police through a “crime stoppers” program.

The man was a former resident who had returned three weeks ago to participate in a salmon fishing derby, police Lt. Kris Sell said. By Sunday afternoon, he had called the store and left his credit card number to pay for the precious metal.

“He didn’t think he was on video,” Sell said.

Alaska has a rich mining history, and gold continues to be pursued by corporations with heavy equipment and individuals with gold pans. Nuggets are used in jewelry, and the largest specimens are prized for their natural beauty and heft.

According to Juneau Crime Line, a man in his 60s took a nugget from a display case and tried to get a clerk’s attention, but then put the nugget in his pocket and walked out of the store.

A clerk said the man had bought something the day before and provided his name. Police, however, could find no one by that name in Juneau.

Still photos distributed by Juneau Crime Line were published by the Juneau Empire and others. Tips poured in, Sell said. Apparently someone also tipped off the suspect.

The man called the jewelry store and said, “I hear you’re looking for me,” Sell said, before leaving his credit card number.

Police and prosecutors will decide in a week or so whether to press charges.

“It would be an expensive case to prosecute because of the extradition involved,” Sell said.

BERLIN (AP) – Maybe he got hungry?

A moose on the loose in the eastern German city of Dresden evaded capture before getting stuck inside an office building, tantalizingly close to the canteen.

Marko Laske says officers and wildlife spent six hours trying to shoo the moose into a container but eventually had to resort to using a tranquilizer gun after he refused to follow orders.

The animal, likely to have come from neighboring Poland, will be released back into the wild.

Why Did the Chicken Cross the Road? Oregon Cops Don’t Know

PORTLAND Ore. (Reuters) – Ask police in Portland, Oregon, why the chicken crossed the road, and law enforcement has no idea either.

In an unusual release, the Portland Police Bureau said officers were dispatched this week to a report of a chicken crossing a rush-hour highway in the city’s Linnton district after a caller said the bird was causing a traffic hazard.

In a statement entitled in part “Officers Unable to Determine Chicken’s Intent,” it said police were unable to locate the bird, but that animals in the roadway were no laughing matter.

They also released audio of the tip-off, in which the caller assures a dispatcher that “this is actually not a prank call.”

Police Spokesman Sergeant Pete Simpson said officers regularly tend to duck crossings, and have been known to rescue ducklings from storm drains. But he said it was the first time they had received a serious call about a chicken trying to cross a road.

FAIRBANKS, Alaska (AP) – The city of Fairbanks, Alaska, has so far spent about $7,000 appealing a $37.50 election-law fine leveled on the mayor.

The Alaska Public Offices Commission ordered City Mayor John Eberhart to pay the $37.50 fine in May after concluding he broke a state law in the October 2013 election by sending an email on his city council email account, The Fairbanks Daily News-Miner reports.

In that email, Eberhart, then a city council member, asked city staff to research resolutions and ordinances sponsored by Eberhart and his mayoral opponent Vivian Stiver. In the eyes of the commission, the records request equaled an illegal use of municipal resources to influence an election.

Fairbanks has paid about $7,000 during appeals, city attorney Paul Ewers said. The funding comes out of the city’s claims budget. The Fairbanks City Council held a closed-door executive session about the city’s appeal strategy earlier this month.

The city government is paying for Eberhart’s appeal costs because it’s obligated, in most cases, to defend public officials who are sued as part of their official duties under the city’s indemnification law, the newspaper reported.

“This has huge ramifications. … the (Alaska) Municipal League has been talking about this,” he said. “Any information that is received legitimately by an elected official cannot be used in an election campaign.”

In its order, the elections commission said Eberhart’s records request related to his role as a candidate and not as a city councilman because he requested only information about himself and Stiver and because he later used the research at a mayoral debate.

Walleri said Eberhart asked for the information as a councilman, to defend himself from a member of the public who had been coming to city council meetings and attacking him about his record.

The city is not paying Eberhart’s legal bills in his other October 2013 election appeal, which does not relate to his city council service. In that case, the elections commission concluded the Eberhart campaign’s occasional use of a work phone and copy machine at the Tanana Chiefs Conference office amounted to an illegal corporate “in kind” contribution to his campaign worth $384.

In the election, Eberhart beat Stiver, a commercial property owner and former councilwoman, by 1,502 votes to 1,396 votes.