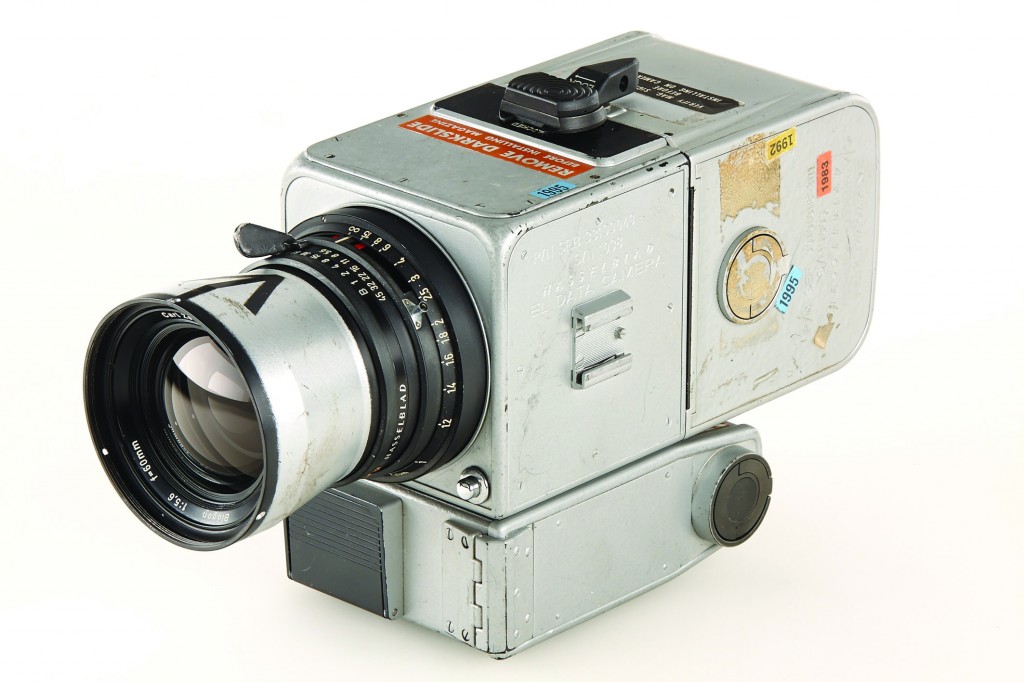 The Hasselblad 500 sold over the weekend is described by Vienna auctioneers Galerie Westlicht as part of the equipment carried by the 1971 Apollo 15 mission, the fourth manned mission to land on the moon. Galerie Westlicht identifies the new owner as Japanese businessman Terukazu Fujisawa.

The gallery initially described the Hasselblad as the only camera ever brought back from the moon but later said it was one of several, after some experts questioned that claim.

DUBLIN (AP) – Do you own a shaggy sheep? Ireland needs ewes.

The Irish require at least 6,000 sheep as hosts of this year’s Golden Shears World Championships. But they’re more than 1,000 short with just weeks to go before an event dubbed “the Olympics of sheep shearing.”

Organizers said Monday they need ewes, aged 12 to 14 months, to ensure that all competitors are supplied similarly shaped sheep. Prices for such animals in Ireland are running high, and farmers are under pressure to sell them before the May 22 start of the four-day competition in Gorey, south of Dublin.

This year’s event features competitors from 38 countries from China to Chile, including defending champion shearer Gavin Mutch of Scotland. Ireland previously hosted the 37-year-old contest in 1998.

ST. CHARLES, Mo. (AP) – Authorities say three elephants escaped from their handlers at a circus near St. Louis and damaged several vehicles in the parking lot before they were recaptured.

Station KMOV reports that the female elephants escaped from the the children’s ride section of the Moolah Shrine Circus at the Family Arena in St. Charles.

Station KSDK says the circus issued a statement saying the handlers were able to occupy the animals and that “they are now resting comfortably in their compound at this time.”

(Reuters) – A couple who collected food stamps and other public assistance from Minnesota while living on a yacht in Florida were being sought on fraud charges, prosecutors said on Friday.

Colin Chisholm III and his wife, Andrea Chisholm, accepted more than $165,000 in public assistance between 2005 and 2012 before benefits were terminated, according to prosecutor Mike Freeman in Hennepin County, Minnesota.

Charges against Colin Chisholm were filed in February but they were kept sealed while police searched for the couple, Chuck Laszewski, a spokesman for Freeman, said on Friday. “They know by now we are looking for them.”

The Chisholms are each charged with a felony count of wrongfully obtaining public assistance in excess of $35,000, the highest threshold under Minnesota law. Andrea Chisholm was charged on Thursday.

They bought a $1.2 million yacht, The Andrea Aras, in 2005 shortly after applying for welfare benefits in Minnesota, according to complaints against them. They have been accused of living on the yacht in the area of Palm Beach, Florida, for 28 months while lying about living in Minnesota.

Colin Chisholm was the chief executive officer of a satellite media and broadband services company, and his wife bred and sold championship dogs, and over a seven-year period the couple deposited more than $2.6 million in bank accounts they did not report on applications for welfare benefits, according to the complaint.

They have lived in luxury homes in suburban Minneapolis, driven a $30,000 Lexus and also collected welfare benefits in Florida, the complaint said.

NE Pa. ‘Robbery’ May Have Been Prank, Police Say

BLAKELY, Pa. (AP) – Police in a tiny northeastern Pennsylvania borough say a reported robbery near an automatic teller machine may have been a prank, though they’re not sure whether the alleged victim — or the police themselves — were the victim.

The (Scranton) Times-Tribune says police in Blakely were called about 6:45 a.m. Saturday by a man who said he was making a deposit when another man drove up with a gun and demanded money. The victim drove away and was followed by the other man, prompting police to issue an alert to other nearby departments.

But now police say the victim is claiming he learned the incident was a joke after he went to work.

Police might charge the victim with obstructing justice if his report was false, or the man who pulled the prank, if that’s what occurred.