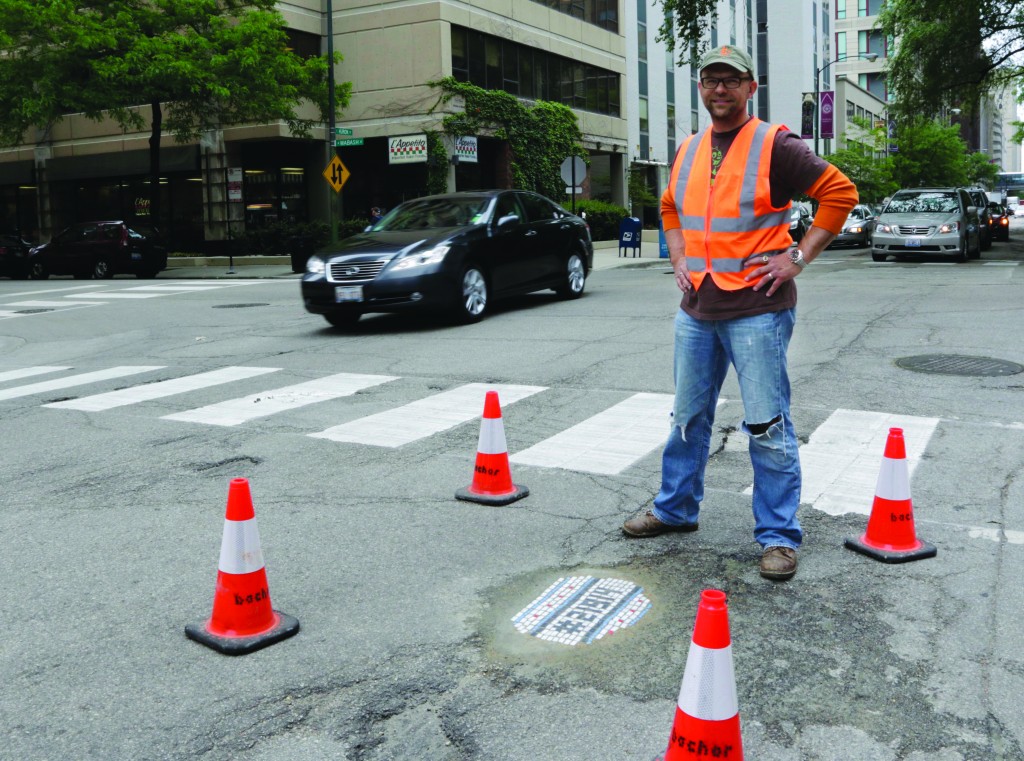 TBILISI, Georgia (AP) — Animals in the zoo in Georgia’s capital are not allowed to be lonely, even if it means they end up with rather unusual companions.

A rhinoceros called Manuela has made friends with donkeys, after failing to hit it off with either zebras or goats, while a lion cub neglected by his mother has bonded with a puppy.

Tbilisi Zoo spokeswoman Mzia Sharashidze said Manuela got depressed after the death of her mate and became aggressive toward her caretakers. They tried putting zebras in her enclosure, but they only returned the aggression. Then they tried goats, which ran away.

But the donkeys had an instant calming effect.

Nearby, lion cub Shamba lives happily with a puppy. Sharashidze said they “are watching how long the friendship will last.

WHITNEY, Texas (AP) — Charred debris from a luxury cliff-side home fell 75 feet into a lake below on Friday after fire crews set the $700,000 retreat ablaze rather than wait for it to crumble into the water as the land faltered around it.

It took less than an hour for the fire to level the home above Lake Whitney, about 60 miles south of Fort Worth. Flames consumed exterior walls after crews spread bales of hay and fuel to ignite flames throughout the expansive home.

The ground around the home cracked and became unstable in recent months. Then a few days ago, part of the land gave way beneath the 4,000-square-foot home, leaving pieces of the house dangling off the side of a cliff. Authorities condemned the home and the owners, Robert and Denise Webb, consented to Friday’s burn.

Authorities said destroying the house was better than waiting for it to topple into Lake Whitney. The cost of removing mounds of debris from the lake could prove prohibitive.

Spectators in dozens of boats witnessed the demolition from a safe distance. community.

The Webbs purchased the home in 2012, but a few weeks ago were forced to remove their personal items and relocate. They expressed shock and sadness at losing their lake house.

The Webbs, who also have a home along Florida’s Miami Beach, told WTSP on Thursday that the deterioration of their property has been hard to watch.

“You know, that’s my life there that we’re watching fall off,” Robert Webb said the day before the demolition.

Geologists and inspectors had told them before they purchased the land that the property was perfectly stable, “and so we bought it in good faith,” Webb said.

The house, built in 2007, was to have been left to his grandchildren, he said.

“It’s really tough, that house was special and I don’t even know why it was so special but it was special to me,” Denise Webb said.

FAIRFIELD, Conn. (AP) — Police say a Connecticut woman became concerned when she heard someone calling “Daddy” repeatedly near a school. But when she began looking for a child, she instead found a large green parrot up in a tree.

Fairfield police Lt. James Perez says the fire department used a long pole to remove the bird from the tree at Holland Hill School on Thursday. The parrot then flew onto a bamboo stand. Firefighters chased it out and an animal control officer caught it in a net and brought it to a shelter.

Perez says the bird was talking nonstop saying, “Daddy,” ‘‘hello,” ‘‘what!” and other words.

The bird was found about one mile from its home. It was later reunited with its owner, who had reported it missing.

CHICAGO (AP) — The perfect pothole might not exist for many people — but for mosaic artist Jim Bachor, it’s one with a nice oval shape. Bachor began filling those potholes a little more than a year ago, after one in front of his house became a hassle.

Bachor doesn’t just fill them with cement, though. He’s turned pothole-filling into a public art project — one with a sense of humor. He fills them with mosaics.

“I just think it’s fun to add that little bit of spark into (an) issue that people moan about,” says the Chicago resident, whose work also hangs in galleries. He was first drawn to the ancient art form because of its ability to last.

With orange cones and vests displaying his last name, Bachor and his helpers look official enough to shut down a street section to work on filling a pothole.

Bachor uses the Chicago city flag design in his pothole art. Some versions hold phone numbers to local auto repair shops, while others simply read “POTHOLE.” His most recent installment north of downtown Chicago — “#21914” — pokes fun at the huge number of potholes that exist in the city.

While his mosaic art isn’t a permanent solution to the city’s pothole problem, it’s at least a small fix, he says. The city hasn’t shut down his project, and some community members have expressed gratitude.

After his first project, one neighbor stopped to thank him. “And then 15 minutes later, he came back with a coffee and a Danish for me,” Bachor says, “and so I thought that was really cool.”

Gerry Shaheen, a resident of Peoria, Illinois, recently stopped to ask Bachor about his work, as the artist installed a mosaic. He says Bachor and his crew are welcome anytime to fill potholes in his city, one of many hit with an especially large number of the annoying craters after a hard winter.

“I’ll pave the way for them,” Shaheen said with smirk. “No pun intended.”

Tomato truck overturns on I-8 east of Yuma

YUMA, Ariz. (AP) — More than a few rotten tomatoes are stewing on an Arizona highway.

The Arizona Department of Public Safety says a trailer hauling a load of tomatoes overturned Saturday morning on Interstate 8, about 50 miles east of Yuma.

DPS says the incident occurred shortly after 3:30 a.m. in the eastbound lanes.

Arizona Department of Transportation officials say one lane was blocked by the truck and crews were dispatched to clean up the scene.