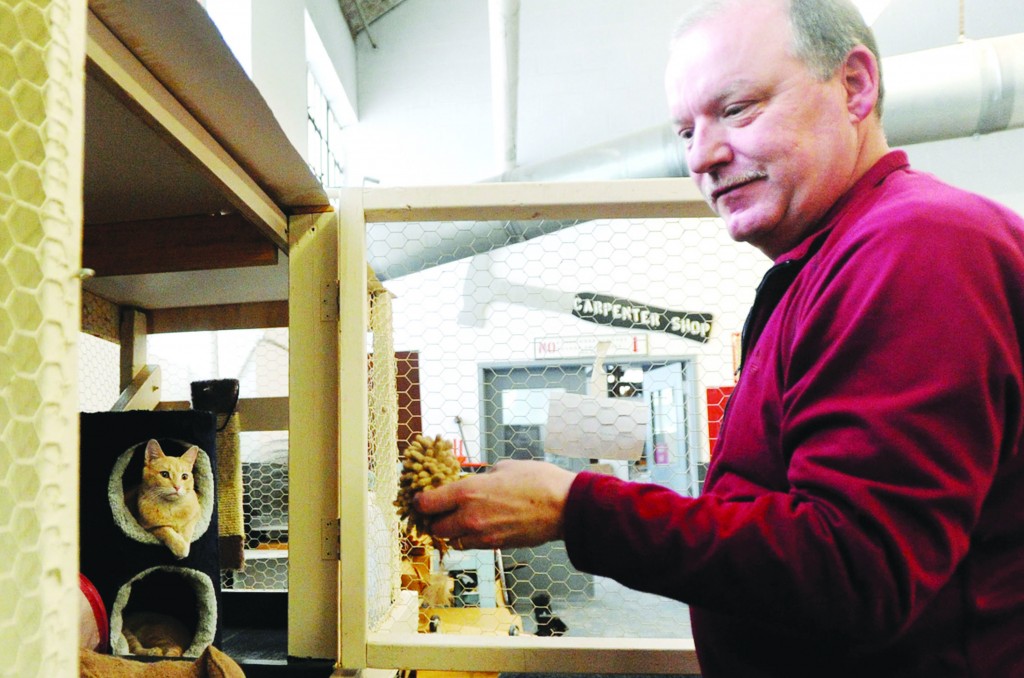 SPARKS, Nev. (AP) — State wildlife officials are trying to figure out why all the fish have died in a northern Nevada marina where the stocked fishery has flourished since the man-made lake was created nearly 15 years ago.

An estimated 100,000 trout, bass and catfish have died over the past month in the Sparks Marina along U.S. Interstate 80 east of Reno, apparently the result of a dramatic, unexplained drop in dissolved oxygen levels, Nevada Department of Wildlife spokesman Chris Healy said Wednesday.

Scientists say a bitter cold snap could have caused oxygen-poor waters to rise from the old rock quarry’s bottom to the surface, but they don’t understand what sparked the massive die-off.

Fish biologists confirmed low oxygen levels caused the death of an estimated 3,000 fish in one corner of the lake in mid-December, but Healy said they thought at the time that the event was localized and of limited impact. Since then, they’ve been unable to detect any live fish in the 77-acre lake. Numerous dead fish have been removed from the lake’s shoreline, and Healy said it’s likely the rest sank to the bottom.

“The 100,000 dead fish figure is something that is probably a pretty conservative guess,” said Healy, who estimates they’ve stocked close to 1 million adult fish in the lake since they started in 1998.

“We don’t know if any small fish have survived, but for all intents and purposes, the fishery doesn’t exist anymore,” he told The Associated Press.

The Reno Gazette-Journal first reported scientists determined the problem was much more serious than they realized after a boat survey on Monday found dissolved oxygen levels far too low to support the fish at 11 different sampling locations. Readings from an electronic fish-finder also revealed no fish swimming in the lake’s depths.

Lakes like the marina consist of different layers of water temperatures, with the warmest water on top holding the highest oxygen content, Healy said. He said one theory is that the surface water may have chilled very quickly, sank toward the bottom of the lake and stirred up material on its floor, causing a “violent turnover” that could have sucked up additional oxygen.

“Everything is a theory right now,” Healy said.

Sparks city spokesman Adam Mayberry emphasized there’s no health or safety threat at the marina. He said the water typically is of good quality and no similar problems have occurred before.

“Even with the biological anomaly we are seeing, it’s still a very safe body of water,” he said. “You just can’t fish in the marina right now because there aren’t any fish there, and we are trying to figure out why.”

The Sparks Marina opened in 2000, with a two-mile walking and bike trail, beaches, playgrounds, picnic areas and a fishing pier.

The department annually stocks the marina in late February or early March, but he said they won’t be doing that this year unless the dissolved oxygen level “makes a big recovery.”

FORT ANN, N.Y. (AP) — A litter of kittens has found a cozy home in the least cozy of places — a maximum-security prison in upstate New York.

The Post-Star of Glens Falls reports four kittens found their way into the basement of the Great Meadow Correctional Facility in Fort Ann a few months ago. That’s near the Vermont border, 55 miles northeast of Albany.

The family of feral felines has been cared for by inmates and prison staff, including head electrician Bruce Porter. He arrives at work early so he can tend to the cats, which live in a large cage built by an inmate.

Another inmate takes care of the cats on weekends when many prison employees are off.

Prison officials say they’re hoping to find the kittens homes among the staff.

SYDNEY (Reuters) – Australian scientists are gluing tiny sensors onto thousands of honey bees to track their movements in a trial aimed at halting the spread of diseases that have wiped out populations in the northern hemisphere.

Scientists at the Commonwealth Scientific and Industrial Research Organisation (CSIRO), Australia’s national science agency, said the microchips could help tackle so-called colony collapse disorder, a situation where bees mysteriously disappear from hives, and the encroachment of the parasitic varroa mite.

Scientists will use tweezers to glue on the sensors, which weigh about 5 milligrams and measure 2.5 millimeters square (a little more than 1/16 of an inch), after soothing the bees to sleep by refrigeration.

Some young bees, which tend to be hairier than older bees, need to be shaved before the sensor can be glued on.

Scientists will examine the effectiveness of pesticides in protecting the bees from colony collapse disorder and varroa mite.

The study will also enable farmers and fruit growers to understand and manage their crops, given the honey bee’s crucial role in the pollination of crops globally, the CSIRO said in a statement issued on Wednesday.

“Honey bees play a vital role in the landscape through a free pollination service for agriculture, which various crops rely on to increase yields,” the CSIRO’s Paulo de Souza, who is leading the project, said in the statement.

“Using this technology, we aim to understand the bee’s relationship with its environment.”

Scientists plan to fit sensors on 5,000 bees in the southern island state of Tasmania over the Australian summer.

The radio frequency identification sensors work like an electronic tag for cars on a toll road, recording when insects pass a checkpoint. That will allow scientists to build a three-dimensional image of the insects’ movements, a process described as “swarm sensing.”

The scientists are working on shrinking the sensor to 1 mm square so they can be attached to smaller insects, including mosquitoes.

SPRINGFIELD, Mass. (AP) — A trio of would-be Massachusetts car thieves had to hit the brakes on their plan because none of them knew how to drive a stick.

Police in Springfield say the men threatened a food delivery driver Tuesday night with a weapon and demanded the grub and his keys. But then they noticed the car had a manual transmission.

Sgt. John Delaney tells The Republican newspaper the thieves argued among themselves then ran down the street with their ill-gotten dinner.

The driver was not seriously hurt. There have been no arrests.